The Starbucks® app is a convenient way to pay in store or order ahead for pickup. Rewards are built right in, so you’ll collect Stars and start earning free drinks and food with every purchase. Pay in store Save time and earn Rewards when you pay with the Starbucks® app at many stores in the U.S. Mobile Order & Pay Customize and place your order, and pick up from a nearby store without waiting in line. Rewards Track your Stars and redeem Rewards for a free food or drink of your choosing. Receive custom offers as a Starbucks Rewards™ member. Send a gift Say thanks with a digital Starbucks Card. It’s easy to redeem a gift from email or in the Starbucks® app. Manage cards Check your Starbucks Card balance, add money, view past purchases and transfer balances between cards. Find a store See stores near you, get directions, hours and view store amenities before you make the trip. Music Discover what songs are playing at your local store. Tip your barista Leave a tip on purchases made with the app at many stores in the U.S. 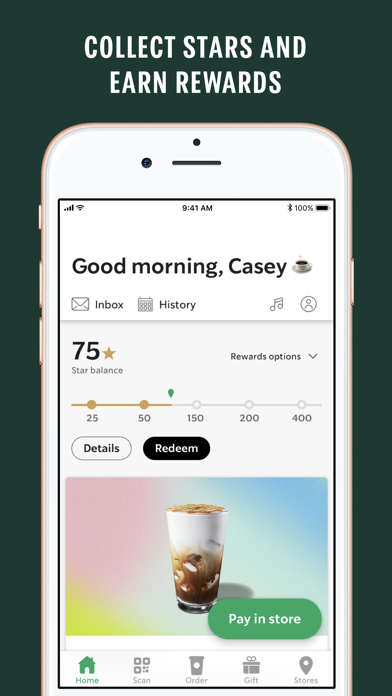 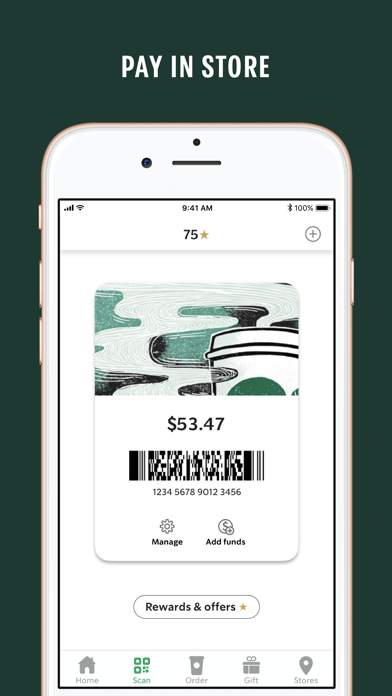 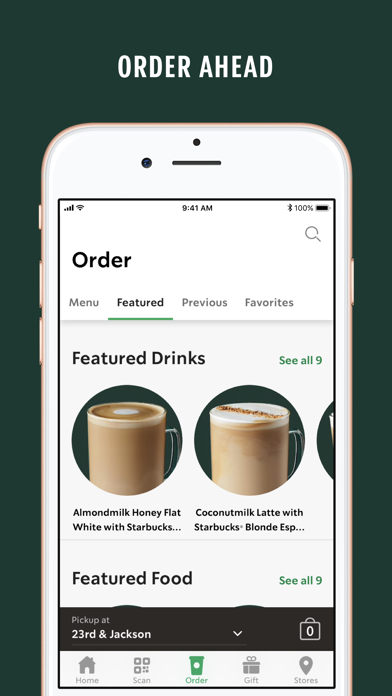 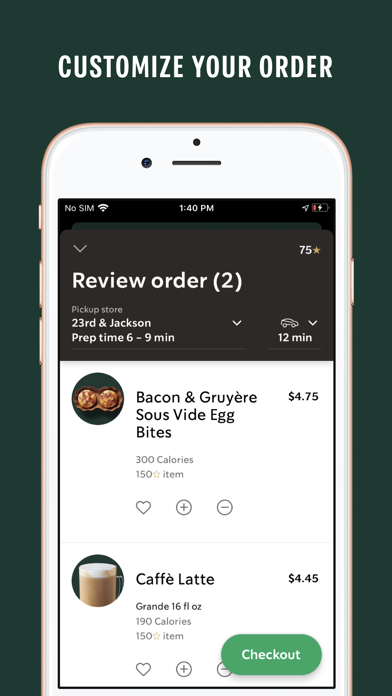 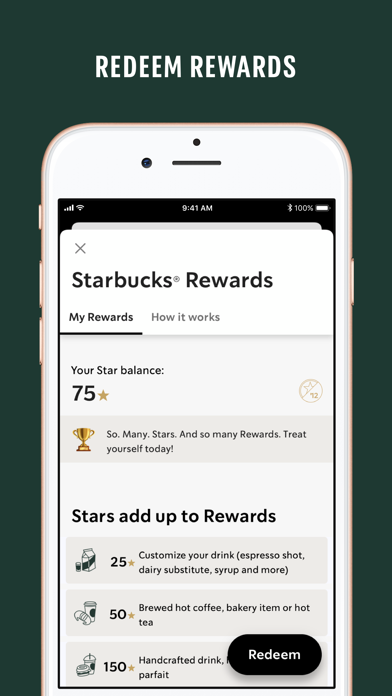 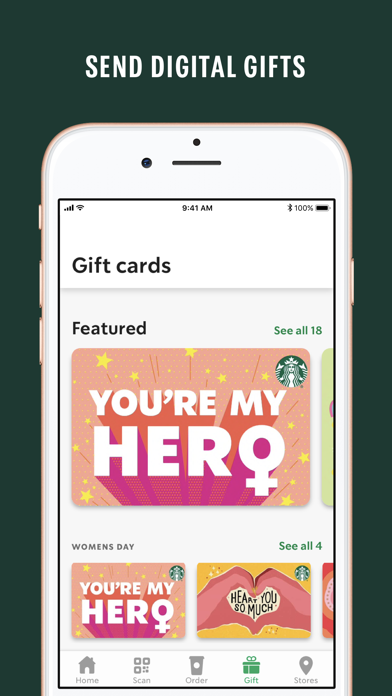 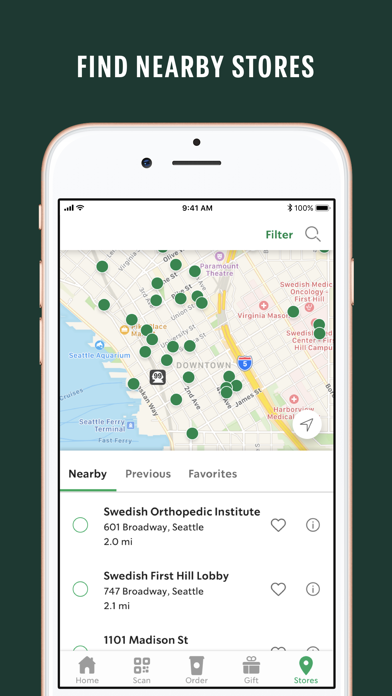 Messed up orders all the time

A delicious cup of awesomeness

This app is fantastic! I love the order ahead convenience. Saves so much time!
By Groovy_but_Bored

I love my starbucks app so much ! Easier way to order and love earning my stars!! Never had a problem using !!
By Jocyemiliaa

The vast majority of people aka grown women that work there are so ugly fat ratchet and ghetto to not only customers but especially to each other across different stores not to mention filthy stores and mostly it’s gross people who look down on the workers but still go there to support junk food and bad health. The app is a total joke to everybody because you have to put in a certain amount of money and points expire not only that people get logged out constantly so they naturally will not care to leave their money in there when they get beyond exhausted of this; that’s how companies make money
By INNOCENCE STOLEN!!!!

Could be more rewarding

I feel that In a competitive industry with many coffees arising in mom and pop shops were they build a more personal level of friendship and appreciation to customers more loyalty comes along and although Starbucks offers great coffee for the additional charges ir makes for any custom changes like being allergic to regular milk shouldn’t be a punishment if an additional charge it’s something a person can’t control or removing or adding extra pumps shouldn’t be an extra charge for someone who has diabetes wether they need more sugar or not ... it’s those things that make smaller coffee locations more valuable they get to understand a customers needs and not punish them for it ... it’s unfortunate I usto be daily at Starbucks for lunch hour and after work but the additional charges have driven me away now... to look for competitive prices ... with the same quality and more personal service
By ana_cubana

The two drinks I ordered said they were worth 150 stars each. I only received 42 stars. Why the nonsense? Why do I have to use a gift card to pay and why can’t I put an exact amount on a digital gift card at check out? Also, I didn’t recover my birthday drink credit this year 🥳😔
By Rebecca Ruano

Starbucks App starts my day of grand. Thank you Starbucks for making my life easier. I love my Starbucks App!
By princessharley

People travel and live abroad can’t use the app

There should be no reason why people who live abroad or travel abroad can’t use the app to order and pay. Currently, amidst the pandemic most Starbucks in UK are only allowing you to order and pay via the app. But if you are a US iTunes account, you can’t use the app????? I am unable to download the UK app because I have a US iTunes acct. Makes no sense. A global company like Starbucks should have a feature that allows you to identify the nearest Starbucks (as before the update) and order and pay. Surely you recognize you are losing a lot of business when you turn people away in other countries.
By janvmel