Stream Japan's most popular anime with Crunchyroll. Watch new shows like My Hero Academia, Dr. STONE, HAIKYU!!, Food Wars!, Demon Slayer: Kimetsu no Yaiba, plus favorites like Black Clover, One Piece, Naruto Shippuden, Hunter x Hunter, JoJo's Bizarre Adventure, and hundreds more! Plus, watching on Crunchyroll helps support the creators who work to bring you awesome anime every week (Show availability varies by region). Start watching the world's largest anime library now for free, or try Crunchyroll Premium FREE for 14 days. Sign up via the Crunchyroll app now! With Crunchyroll Premium, you get: - No ads - New episodes one hour after airing in Japan - Watch on Apple TV, Xbox, PS4, Roku – pretty much any internet-connected screen Become a Premium user with in-app purchasing and auto-pay each month. In-App Purchase information: - Subscribe to Premium for only $7.99 per month (amount in USD in US App Store) - Your iTunes Account will automatically be charged after you confirm your subscription - The subscription automatically renews unless auto-renew is turned off at least 24 hours before the end of your billing period. You can manage subscriptions and turn off auto-renewal by going to Account Settings after purchase - Your iTunes Account will be charged $7.99 monthly for renewal within 24 hours prior to the end of the current period - A current subscription cannot be cancelled during an active subscription period - You can find our Privacy Policy at https://www.crunchyroll.com/privacy and Terms of Service at https://www.crunchyroll.com/tos 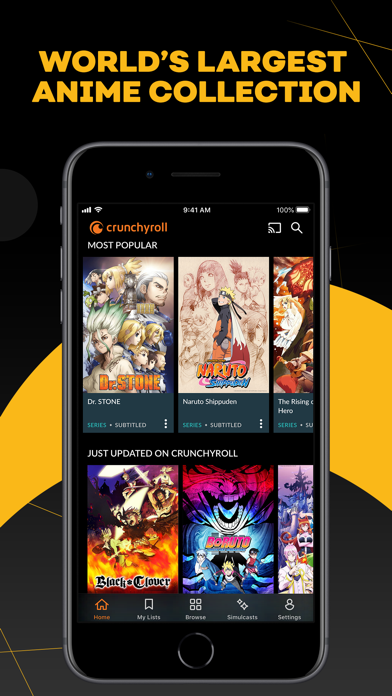 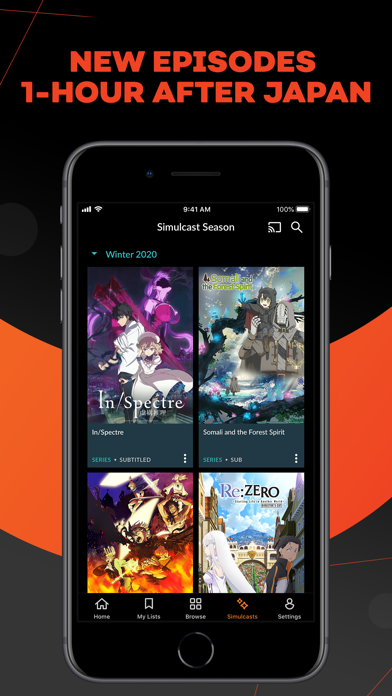 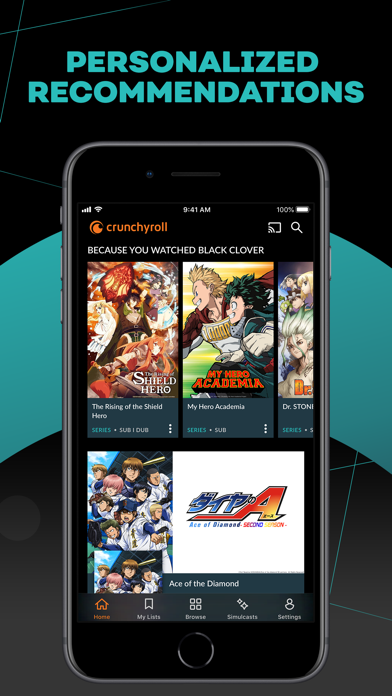 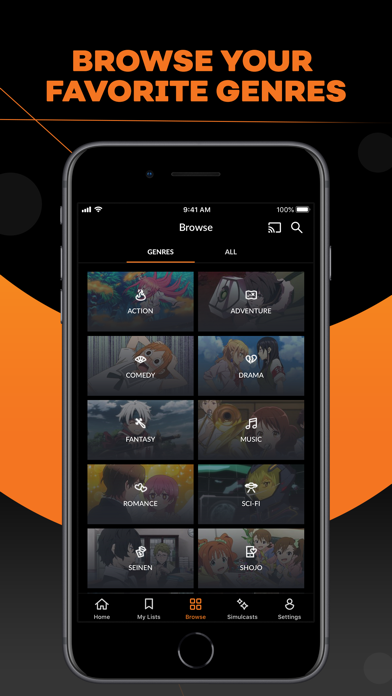 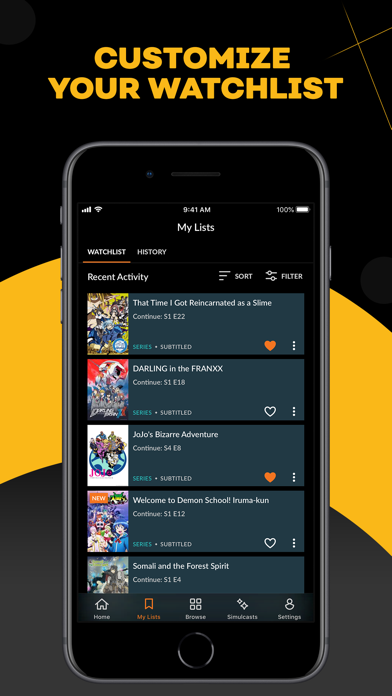 It kinda worked yesterday (still keeps logging me out, would glitch and lose all subtitles also), but just now can’t log in on the app works on the website but not the app. So basically this last update has pretty much broken the app.
By majinnbuu

Huh.... how do I say this well I love the app but the ads and the commercials really get under your skin especially because there are so many and so long the least they could do is have less but the same length but no they want you to sit and watch it without giving you the option to skip sorry Crunchyroll I like the app just that small part hits me deep.
By zuma37

Move the new look but I miss the page where it would show all of the just added episodes daily. That and the missing shows are the only reason for the 3 starts. Other then that everything is great
By Slicksleevekilla

0 stars for the new update

Its bad enough how many ads there are.... with this new update they just load forever and never play, even when exiting the app and joining again it takes forever just to finish watching the ads, let alone the episode
By noicei

It is a good app but you should add more dub form the anime also the adds make it where when I watch one it stops the entire show.Then I try to reset it but it doesn’t work.Overall I think the app is great you guys just need to work on those stuff for me in my opinion and others also might like the change too
By idkyeetlazarmrfresh

the new update is not good. logs me off every time i close the app. also doesn’t have popular anime menu any more. and viewing your history is a riddle.
By animangel

It’s like every 5-10 minutes the app buffers , Netflix or YouTube never ever buffer. Love the app but the stability is bad.
By Saint_Jon