See the capabilities of the most advanced financial calculator from Texas Instruments — the BA II Plus™ Professional calculator. This calculator is a great choice for business professionals and college students, in both corporate and university settings. FULL RANGE OF FINANCE AND SCIENCE FUNCTIONS • Performs Time-Value-of-Money (TVM) calculations including annuities, loans, mortgages, leases and savings • TVM P/Y=1 default matches current BA II Plus™ and BA II Plus™ Professional calculators • Generates amortization schedules • Calculates IRR, MIRR, NPV and NFV for cash-flow analysis • Stores up to 32 uneven cash flows with one- to four-digit frequencies and analyzes the impact of changes in variables • Evaluates bond prices and yields “to maturity” or “to call” • Choose from six methods for calculating depreciation, book value and remaining depreciable amount • Performs analysis on one- and two-variable statistics with four regression options: linear, logarithmic, exponential and power • Determines the days between dates • Calculates breakeven, profit margins and percent change • Includes trigonometric and logarithmic scientific functions • Choose between chain and Algebraic Operating System calculation methods OTHER FEATURES • Stores 10 values in memory which are retained by the Constant Memory feature • Enable key click sounds in Settings • Switches to second functions fast with one-touch 2nd function key • Support for split screen, portrait and landscape modes • Ability to copy individual calculation results to other apps • Includes both BA II Plus™ and BA II Plus™ Professional calculator features • The look corresponds to BA II Plus™ Professional calculator 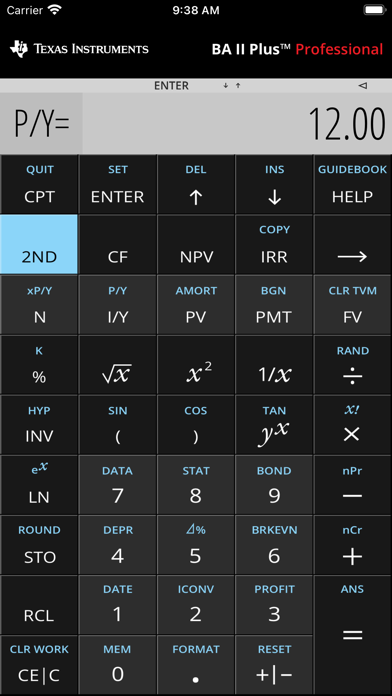 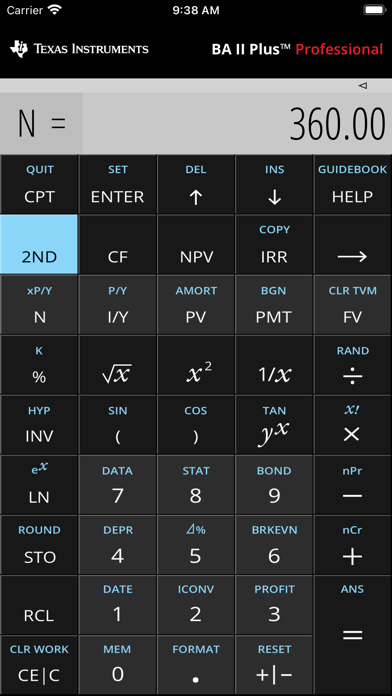 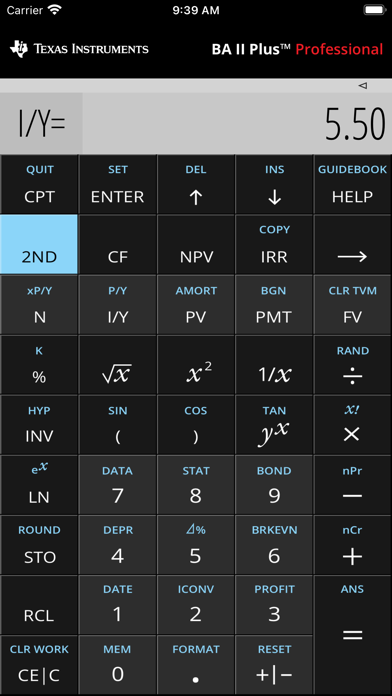 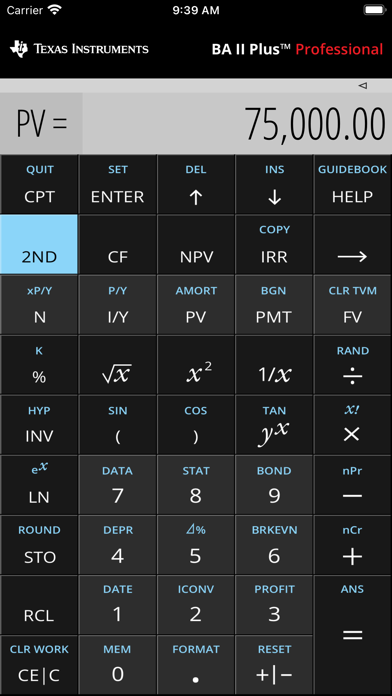 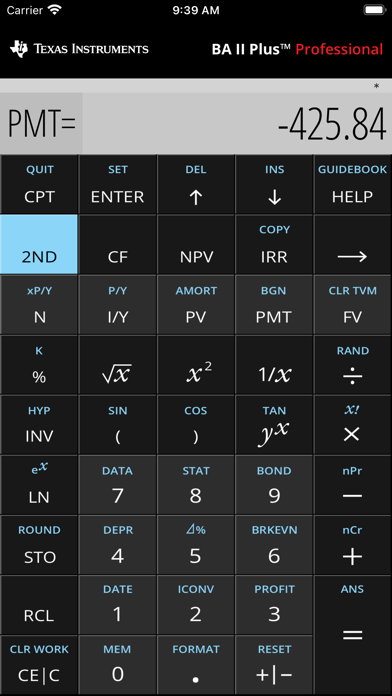 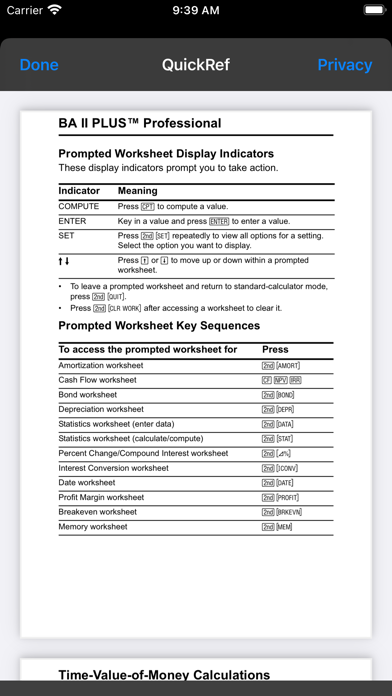 Needs a significant update for iPad

It’s just a blown up iPhone app. Needs to use the additional screen real-estate to add in more buttons, history fields, anything, just so it doesn’t feel like such a waste of space. I guess Apple has never been able to “crack” the iPad app on the iPad, but apparently neither has anyone else. Heck, Redddit still can’t either (including Apollo). Companies are abandoning Watch apps as well (poor flicktype). Anyways… rant over.
By JT-Reviews

Cannot calculate dates in the middle of the year. For example, I was doing a problem and I was trying to use the bond function with the SDT as 15.1.2020 and it’s giving an error
By Matin_29

Put off by the 2.5 stars, I bought this app that emulates a calculator whose base functions haven’t improved for the past 30 years. After overcoming the gall of TI’s total lack of innovation while still demanding $15 (and don’t get me started on what they charge for the physical calculators), I expected it would still at least work. But the CF function doesn’t even remember what I just put in and can’t go past CO1. Garbage company, garbage app. I’d almost rather calculate by hand.
By classify endorse

This has not worked since I purchased it. Gives erroneous answers. Compared it to several others. Waste of money.
By Susie Walker

get error 5 for every question.
By 阿花花肠子

Love this app. Functionality just the same as the calculator but I can have it on any phone. I did like the old look. But still works the the same as always! Thanks!!
By Neddrow

Please allow switching back to BA II Plus

I am studying for my exam, for which I will use the BA plus, not the pro version. I bought this app for the identical interface to the BA Plus. Please add an option to go back to the no pro version!!
By Frequent auser

I don’t understand why the new design of the calculator doesn’t use 100% of the screen’s real estate? The new design has a WORTHLESS black band on either side of the calculator, forcing the buttons to be unnecessarily small. Next “improvement” should be to remove these black bands so that 100% of the iPhone’s screen real estate is used. It seems so logical, a company like Texas Instruments should be able to figure it out. Well done, sirs. Well done.
By Chewdoggie9

The last update in not fit with iphone 5s screen , since it is narrower than the phone screen. Seems only fit with the newer iPhone version only. Get me back the old calculator version
By Beik.k

ugliest layout - why was this “updated”. avoid

total waste. avoid until they return to its old layout.
By derpunkinpatch