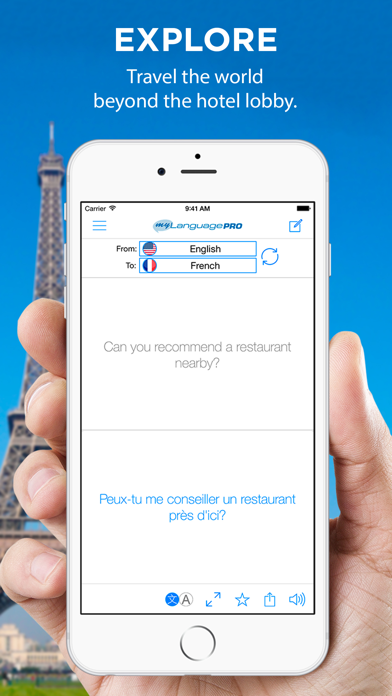 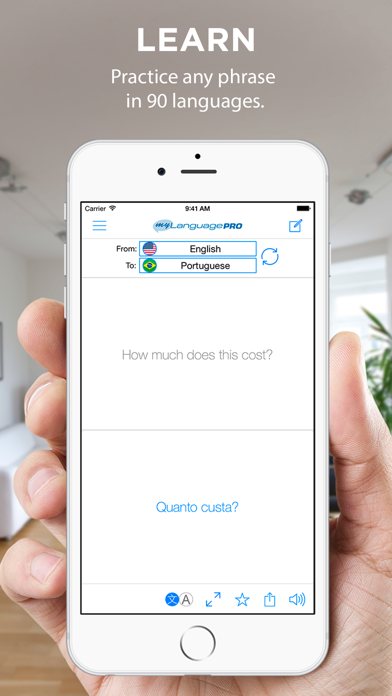 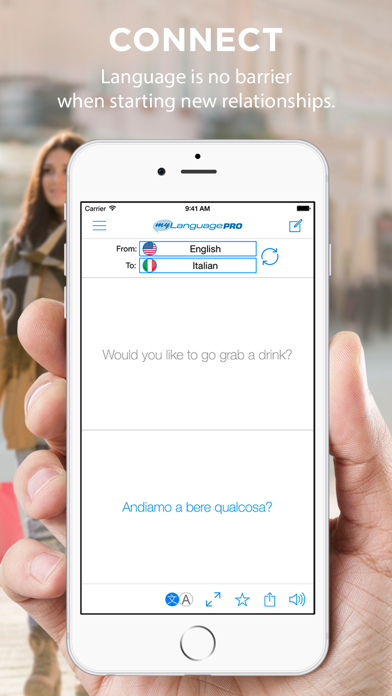 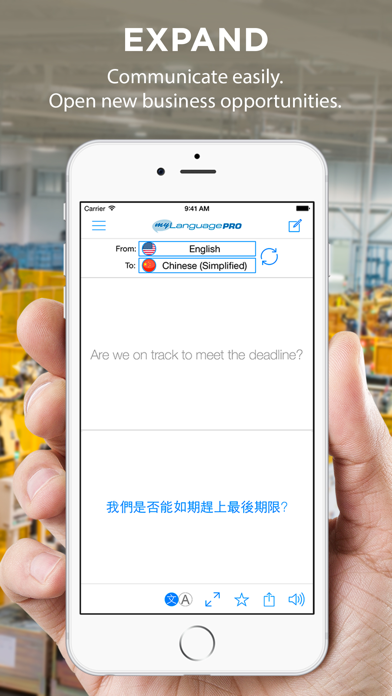 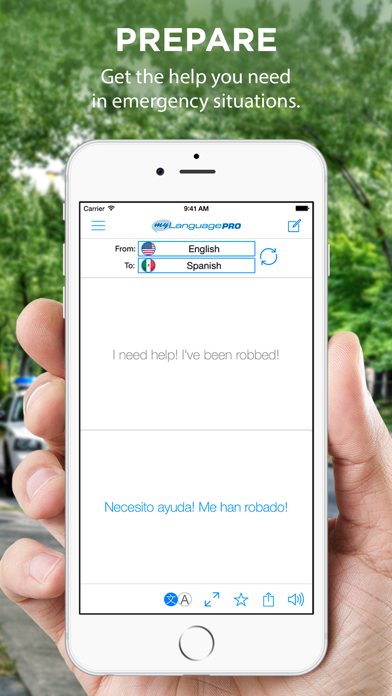 Please add audio features to tagalog and offline use, I’d greatly appreciate it!!!!

Hello! I’ve been using MyLanguagePro for a few years now and I initially purchased it because I wanted the audio and offline features, but after I purchased the pro version, I realized it was not available for tagalog. I’ve given it time because I know you must still be working on developing the app and making all it’s features available for the listed languages, but I just want to make it known that me and all of my tagalog learning friends are looking forward to these features. Especially the audio!
By Nonexistent nickname

This is a 5 Star App

I so love this app it’s my go to when I need to contract a contractor who’s English isn’t up to par; especially when I need to use words to describe a detailed job I use this app to translate from English into Spanish. It does such a wonderful job. It’s gets 5 Stars from me and I highly recommend it.
By Moron Trump

I cannot get this app to translate anything. I type in a word & nothing happens...
By Beloved Angel

It is great that Macedonian is one of the languages available. I hope that a sound translation is forthcoming!
By Steinebach44

This translator is awesome!
By DealSeeker8

At first I thought I made a mistake buying this app. Issues seem to be resolved. Seems okay now. Thank you
By ;@$)(

I am impressed with the speed at which this App responds to language translation request... and the the languages it covers!
By JonRoc