Wake up feeling rested with Sleep Cycle. Track your sleep and get analysis that helps you get a good night's sleep and better overall health. Sleep is the cornerstone of a healthy lifestyle. Start your day feeling energized with our intelligent alarm clock that is designed to gently wake you up while you’re in your lightest sleep phase. Plus, you’ll get detailed analysis as Sleep Cycle monitors your sleep patterns from the moment your head hits the pillow. 3 reasons you’ll love Sleep Cycle: 1. Gently does it - Waking you up while you’re in a light sleep is the natural way to wake up. 2. Understand your sleep - Learn about your sleep patterns with detailed analyses. 3. Nothing under your pillow - Simply turn Sleep Cycle on before going to bed, and place your device on your nightstand or close by on the floor. Understanding your sleep patterns mean you can wake up feeling refreshed and ready to start your day. Download Sleep Cycle today for the easiest way to get a good night's sleep. Free features √ Sleep analysis with Sleep Cycle patented sound technology, or accelerometer √ Detailed sleep statistics and daily sleep graphs √ Fully integrated with Apple Health, exchanging sleep analysis and heart rate √ Carefully selected alarm melodies √ Snooze by shaking or double tapping the phone lightly √ Customizable wake-up window. From instant (regular alarm clock), up to 90 minutes Premium features √ Longterm sleep trends √ Compare your sleep data to world sleep statistics • Snore trends - view historical snore trends data √ Weather - see how weather affects your sleep quality √ Heart rate monitor - measure your heart rate (RHR) every morning using the built in camera in your device √ Sleep aid - helps you fall asleep easier √ Sleep notes - see how events such as drinking coffee, stress, working out, or eating late affect your sleep quality √ Wake up mood - see how Sleep Cycle affects your wake up mood √ Online backup - lets you secure your sleep data online √ Export sleep data to Excel for detailed analysis √ Philips HUE light bulb support - simulate a natural sunrise to give you an even softer wake up ------------------------- REQUIREMENTS Ability to charge your phone by the bed. Ability to place your phone near the bed, such as on a nightstand table or on the floor. ------------------------- The optional Premium subscription costs $29.99 per year. It will be charged from your iTunes account after the purchase. The subscription will be auto-renewed 24 hours before the subscription period ends with the same kind of subscription you already bought to the same price. To avoid automatic renewal, you must cancel the subscription at least 24 hours before it expires. You can manage or cancel your auto-renewable subscription by entering the user settings in iTunes after the purchase. It's not possible to abort the subscription during the time it's active. Any unused portion of a free trial period, if offered, will be forfeited when you purchase the premium subscription. Terms and Privacy: http://www.sleepcycle.com/terms-of-use.html 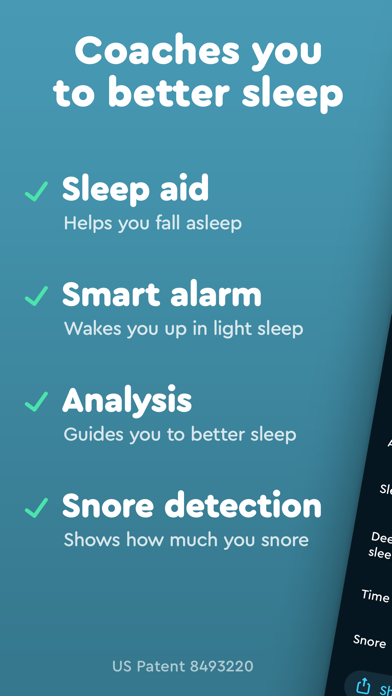 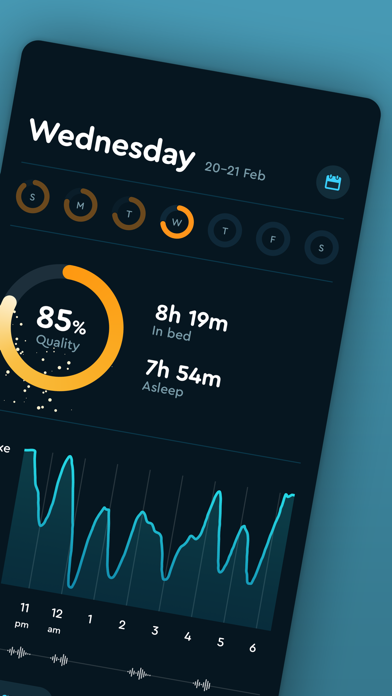 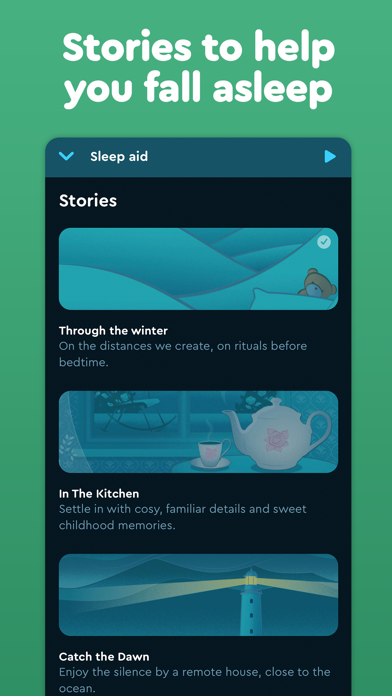 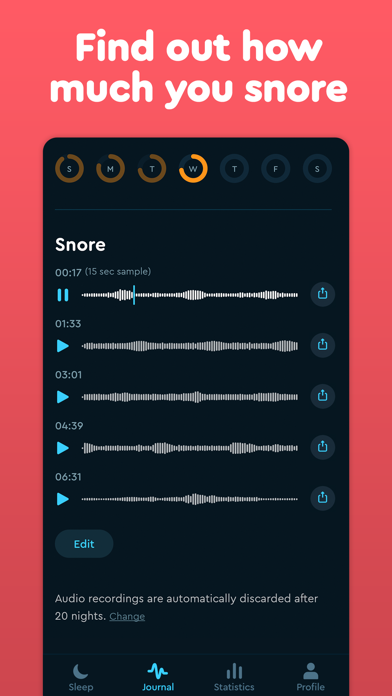 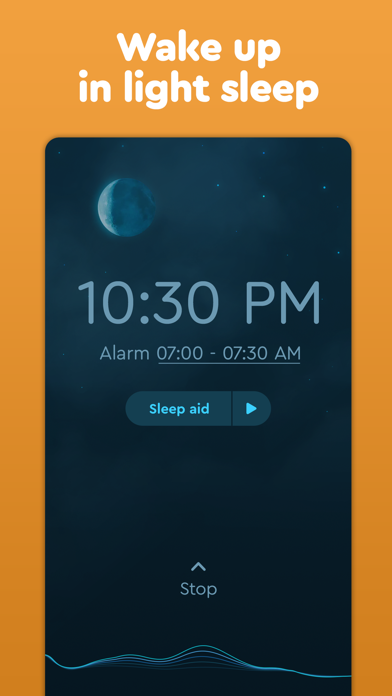 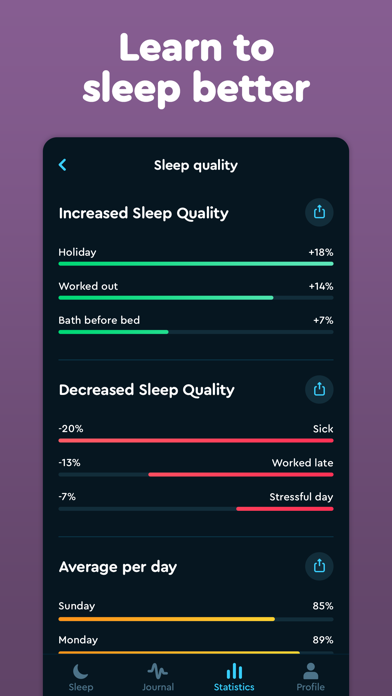 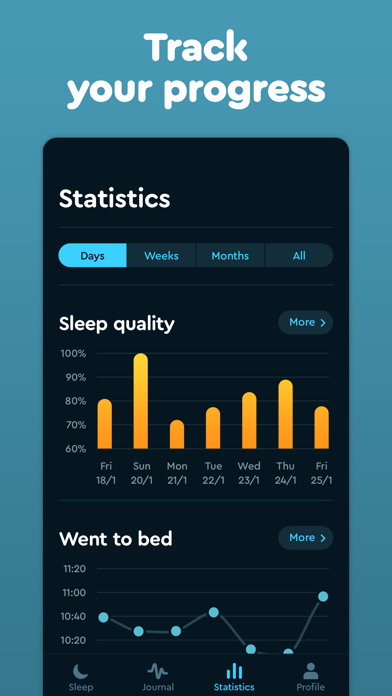 I really hope Apple releases an in-house, first party sleep tracking app. Because I can’t imagine how people who are using apps like Sleep Cycle on a subscription basis are happy with the removal of features like overnight heart rate tracking via Apple Watch. This app has become far less accurate since its removal... and it wasn’t terribly accurate to begin with. If you happen to be the type who quietly lies still in bed for and hour waiting to fall asleep, the data will suggest that you fell asleep within just two minutes 😑 Would that I could fall asleep like that, Sleep Cycle. Please bring back Apple Watch support so that this app is slightly more accurate again
By Island Life

The only reason I’m giving this two stars is because the app is marketed as if it had an abundance of cool features, but in reality, those features are only available if you buy an outrageously expensive subscription. Without buying a subscription you get the basic alarm function of the app. If you’re looking for an alarm, this is perfect. If you are looking for all the high-tech features, look somewhere else.
By PisceswithaPasssion

Automatically charges yearly price of 50 IT IS A SCAM

I got charged $50 for the yearly fee. It defaults to the yearly fee. Do not buy. It is also incredibly creepy on how it asks for camera and microphone access?? What the heck??
By studentRL

Make sure you don’t accidentally sign up for premium trial. You can’t cancel even on the same day they charge you. I prefer my free pillow app so much more.
By Alskdkfjgghh

One Year — My Favorite

I got an iWatch a year ago Christmas and downloaded a number of the popular sleep apps. After trying them all, I became sorely disappointed in all but the Sleep Cycle app. I still have one other app running in the background (as a backup), but Sleep Cycle is the one I use daily. That said, it’s still not perfect. The app is easy to read, the stats it gives you easy to understand, the layout is great. I haven’t had any real issues with accuracy. Until recently. The time it takes to fall asleep has recorded some bizarre readings (35 minutes? I don’t think so!). Yet, a recent update stated it fixed that bug. Two weeks ago, when the app was updated with that fix was when I began noticing inaccuracies. I fall asleep quickly and it no longer records that. I don’t know why. Otherwise I have no complaints. I would like it to sync wake-up time with my watch, though — rather than having to manually do that on my iPhone as soon as I get up. I forgot to do that this morning. Didn’t remember until 45 minutes later and thus have an inaccurate wake up time (this is where my backup app comes in handy). There is no way to manually fix the inaccuracy either. I wish I could. I don’t want to delete the entire day though. I will keep using this but will also test new apps as they appear on the market.
By PCGemini*

This app was perfect until the latest upgrade. All I care about is recording the hours of sleep I get. It will tell you just for that day. This app used to do that. Now it just keeps track of the “quality” of my sleep. The stats don’t keep track of the average number of hours of sleep. My doctors ask me how many hours of sleep are you getting.
By Fht364

I subscribed to this app after a few months using it. Works great and I can finally track my sleep habit with a gentle alarm to wake me up everyday. My only complain is this app does not support two devices. I thought by subscribing to a premium version, I can use my iPad to do the same, but it turns out I still have to use my iPhone as the iPad does not recognize the subscription. But overall, great app.
By Imanfattah

There is absolutely no way to report bugs or give feedback or requests on creatures. A software company that does not want feedback from its users is a dinosaur and will never be cutting edge. I think I will try a sleep cycle app that is innovating more actively.
By googlegirl

I don’t even remember purchasing this app (I tried it and didn’t end up using it), and yet somehow I now have a $32 auto renewal charge. I mean, bro, I don’t even have the app downloaded on my phone anymore. I would give zero stars if I could because that’s lame and y’all literally know it. Congrats on losing a customer and anyone else I can dissuade from atop my soapbox.
By lupercali