Sleep better and wake up rested with Sleep Cycle’s smart alarm clock. It analyzes your sleep patterns and detects snoring, sleep talking, coughing and other sounds. Start your day feeling energized with Sleep Cycle’s intelligent alarm clock, designed to gently wake you up while you’re in your lightest sleep phase. Plus, you’ll get a detailed analysis as our sleep tracker monitors your bedtime patterns from the moment your head hits the pillow, and access to premium features including relaxing sleep sounds and story library 3 REASONS YOU’LL LOVE SLEEP CYCLE: 1. Gently does it - Waking you up while you’re in a light sleep is the natural way to wake up. 2. Understand your sleep - Learn about your bedtime patterns with detailed sleep tracking and analyses. 3. Nothing under your pillow or to wear on your body - Simply turn Sleep Cycle on before going to bed and place your device on your nightstand or close by on the floor. Sleep Cycle uses sound analysis to identify sleep states, using your microphone as a sleep recorder, tracking your movements in bed. Understanding your sleeping patterns mean you can wake up feeling refreshed and ready to start your day. Download the Sleep Cycle app today for the easiest way to get a good night's sleep. FREE SLEEP TRACKER FEATURES √ Sleep analysis with Sleep Cycle patented sound technology or accelerometer √ Detailed sleep statistics and daily sleep graphs √ Fully integrated with Apple Health, exchanging sleep analysis and heart rate √ Carefully selected alarm melodies √ Snooze by shaking or double tapping the phone lightly PREMIUM SLEEP TRACKER FEATURES √ Customizable wake-up window. From instant (regular alarm clock), up to 90 minutes √ Sound recorder & Trends - Capture snoring, sleep talking and other sounds and view your trends √ Sleep Aid - our library of sleep stories, relaxation guides and calm sleep sounds specially designed to help you fall asleep easier. (Mindfulness & meditation) √ Trends – gather long-term trends on your sleep patterns √ Comparison Data - Compare your sleep patterns to world sleep statistics √ Weather & Sleep - See how different types of weather affect your sleep quality √ Heart Rate Monitor - Measure your heart rate (RHR) every morning using the built-in camera in your device √ Sleep Notes - See how events such as drinking coffee, stress, working out or eating late affect your sleep quality √ Wake-up Mood - See how Sleep Cycle affects your wake-up mood over time √ Online Backup - Lets you secure your sleep data online √ Data Export – Download sleep data to Excel for detailed analysis √ Philips HUE Light Bulb Support - Simulate a natural sunrise to give you an even softer wake-up ------------------------- REQUIREMENTS Ability to charge your phone by the bed. Ability to place your phone near the bed, such as on a nightstand table or on the floor. ------------------------- The optional Premium subscription costs $29.99 per year. It will be charged from your iTunes account after the purchase. The subscription will be auto-renewed 24 hours before the subscription period ends with the same kind of subscription you already bought at the same price. To avoid automatic renewal, you must cancel the subscription at least 24 hours before it expires. You can manage or cancel your auto-renewable subscription by entering the user settings in iTunes after the purchase. It's not possible to abort the subscription during the time it's active. Any unused portion of a free trial period, if offered, will be forfeited when you purchase the premium subscription. Terms and Privacy: https://www.sleepcycle.com/privacy-policy/ 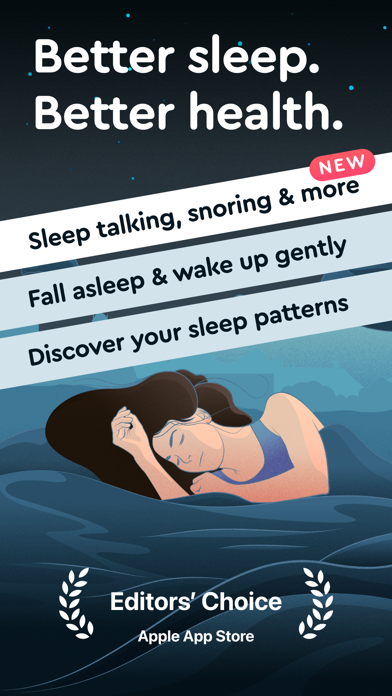 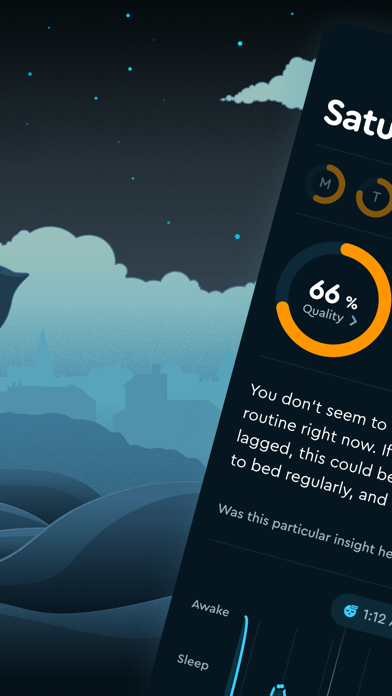 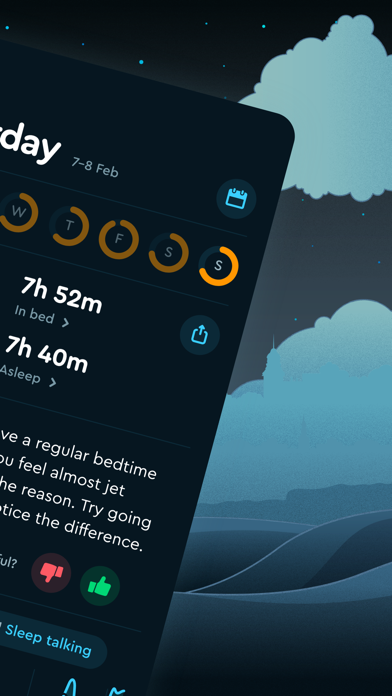 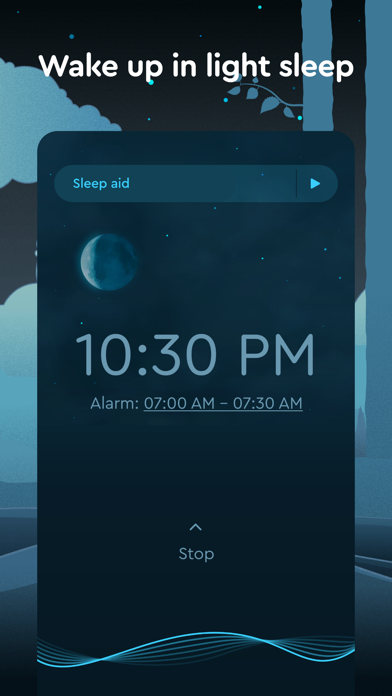 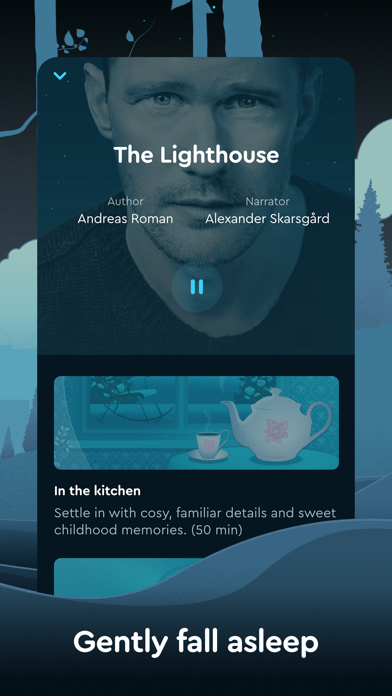 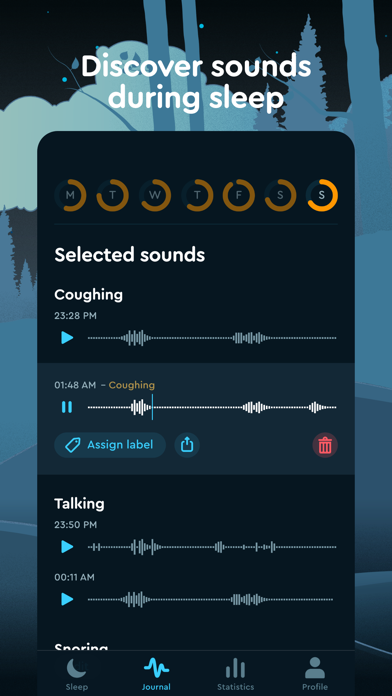 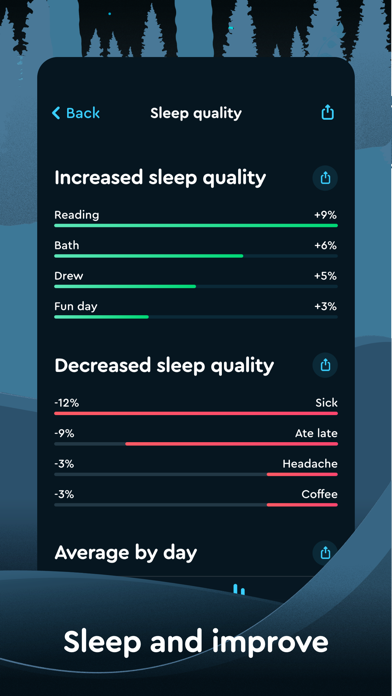 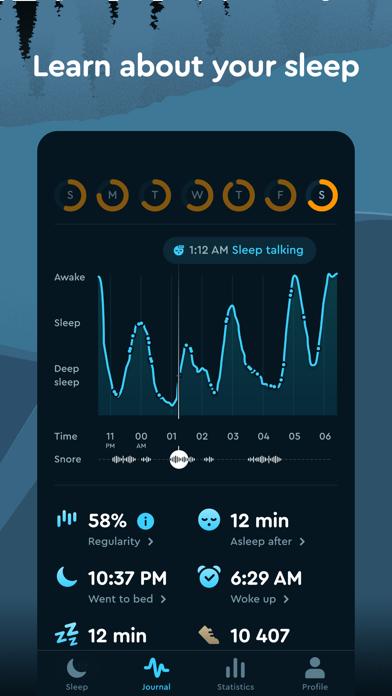 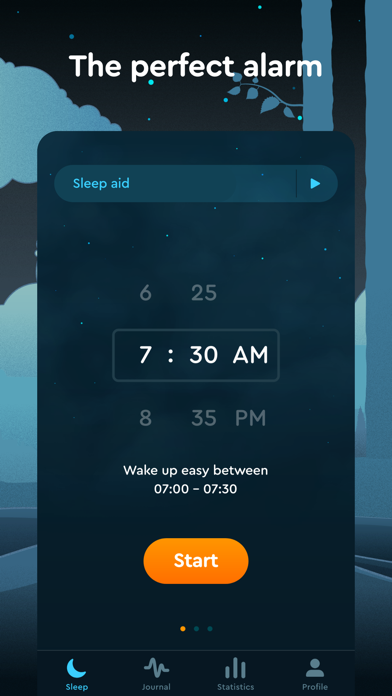 It’s happened about 5 or 6 times that the app quits in the middle of the night, so the alarm fails to go off. This happened the last two nights in a row. Fortunately, I woke up on my own shortly after the time my alarm should have sounded. It’s to the point, however, that I have to set a backup alarm, which is a huge annoyance since I love this app and paid for the upgrade. Sadly, I may need to look for a similar service that is more reliable.
By MD Mars

Can’t get rid of it

I liked this for a while - even signed up for premium. Then I didn’t use it for a while and tried to stop my subscription. All of the subscription apps on my iPhone have a ‘cancel subscription’ option in Settings - except for sleep cycle. I can’t cancel it. I tried to ‘contact’ the company on their website- but the email doesn’t go through. Also, I can’t delete the ‘account’ I set up on their app. Don’t get this app.
By Blbsthme

Good But Be Careful

Well, this app really does the job, but I just moved out of my house and here’s why. I was sleeping really good and woke up at 11:30, so I slept in late. I checked my phone and listened to the recording, but what I heard was horrifyingly scary. I swear I was alone in my house but what I heard didn’t sound like my voice, instead it sounded weird like a demon. I’m not sure but I heard it speaking and listened carefully, I was horrified because it said “they’re coming…” Nice app but still stay safe guys
By Best game ever72628

YOU HAVE TO PAY TO HEAR RECORDINGS

Don’t waste your time downloading this app unless you’re ready to pay $25 a month to hear recordings when there’s apps I can literally do it for free or you can just use Voice Memos. Maybe they should put in the description that you have to pay to hear ANYTHING
By TTsutter

Bug! Will wake you at the wrong time

I flew to a different time zone and due to a bug in Sleep Cycle I was woken at the wrong time. Fortunately I only lost some sleep, I could have missed my flight. I reported the bug and am waiting until they fix it. Meantime, I advise folks not to rely on Sleep Cycle if you travel between time zones!
By Frustrated13579

I have used this app for a few years now but recently it has crashed a dozen or so times at night and left me without an alarm to wake me up. The app is great when it works but who can rely on an alarm clock that works sometimes!??
By Woodbham

I’ve been using Sleep Cycle for four years. In the last six months something has gotten broken. Sleep cycle can no longer identify the modulations of my sleep. It shows that I go into REM sleep and stay there the entire night. Reaching out to customer support has been useless because they refuse to pass on my concern to higher authorities. This is a disappointing outcome to what used to be a great app.
By BobR52

This works well with my Apple Watch but it really needs an option to edit parts of the night when the user is actually awake and whether it’s the user making the sounds. My cat snores a lot, so it usually picks him up and says I’m snoring. Also, when I wake up in the middle of the night for an hour or so trying to get back to sleep, it records me as sleeping.
By LAV167

Used to be a great app

I have used Sleep Cycle for five years now and I just been awesome until the last two weeks. I set my alarm in the evening expecting it to wake me up in the morning only to find out that it stopped working during the night. I see I’m not the only one experiencing this problem. It would be awesome if the developer would just acknowledge one of us letting us know when this problem will be fixed. You obviously are you losing a lot of business. I really want to love this app again.
By Kvallotton