Grindr is the world’s #1 free dating app serving the LGBTQ community. If you’re gay, bi, trans, queer, or even just curious, Grindr is the best and easiest way to meet new people for friendships, hookups, dates, and whatever else you’re looking for. On a trip? Grindr is an indispensable tool for LGBTQ travelers—log in to meet locals and get recommendations for bars, restaurants, events, and more. With Grindr in your pocket, you’ll always be connected to other LGBTQ people around you and have your finger on the pulse of what’s happening. Ready to get started? Creating your profile is easy, and you can share as much or little about yourself as you like. Within minutes you’ll be ready to connect, chat, and meet up with people near you. Grindr is faster and better than ever: • See people nearby based on your location • Chat and share private photos • Add tags to share your interests • Search tags to find others based on their interests • Create private albums to share (and unshare) multiple photos at once • Filter your search to find what you want • Star your favorites and block others • Report people easily and safely Looking for even more? Upgrade your Grindr experience to XTRA for more features, more control, and more fun: • No 3rd party ads • See up to 600 profiles at once • View only people who are online now • View only profiles with a photo • Filter by position, relationship status, and more Want the ultimate Grindr experience? Upgrade to Grindr Unlimited for our most premium features: • Unlimited profiles • Full access to your Viewed Me list • Incognito mode - browse profiles without being seen • Unsend messages and photos • All XTRA features Need help? If you are experiencing any issues, you can get support by contacting us through https://help.grindr.com Grindr Ads: Grindr (excluding XTRA and Unlimited accounts) includes third-party advertising, which involves the sharing of limited data with our Ad/Marketing partners as described in our privacy policy. Grindr does not share any of your Grindr profile information with Advertising or Marketing partners. You can adjust your third-party advertising privacy settings within the app at any time. Grindr Subscriptions: Your subscription automatically renews unless auto-renew is turned off at least 24 hours before the end of the current period. Your iTunes account will automatically be charged at the renewal price within 24 hours prior to the end of the current period unless you change your subscription preferences in your App Store account settings. You can manage your subscriptions at any time through your App Store account settings after purchase. Any unused portion of a free trial period will be forfeited when making a purchase of an auto-renewing subscription. Grindr, Grindr XTRA & Grindr Unlimited are for adults 18 years and older only. Profile photos depicting nudity or sex acts are strictly prohibited. Terms of Service: www.grindr.com/terms-of-service/ Privacy Policy: www.grindr.com/privacy-policy/ 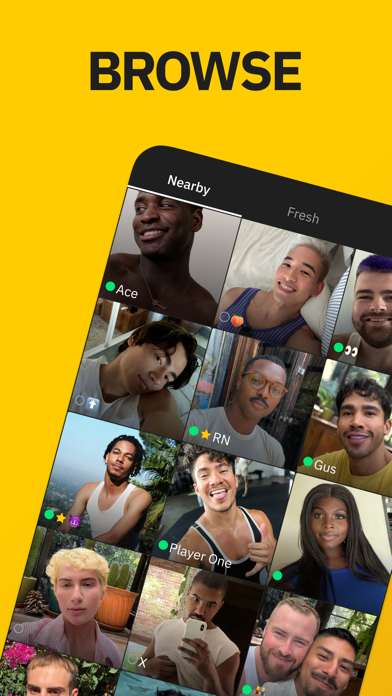 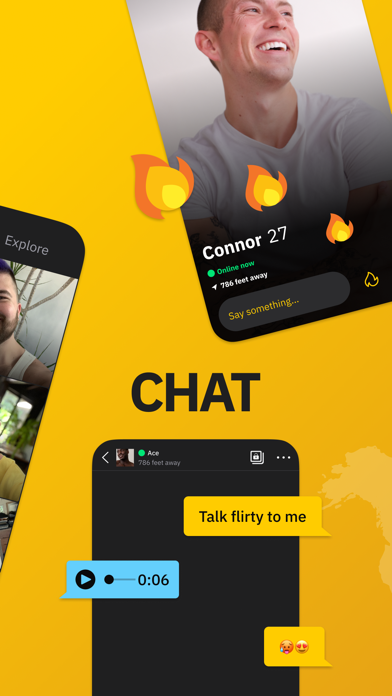 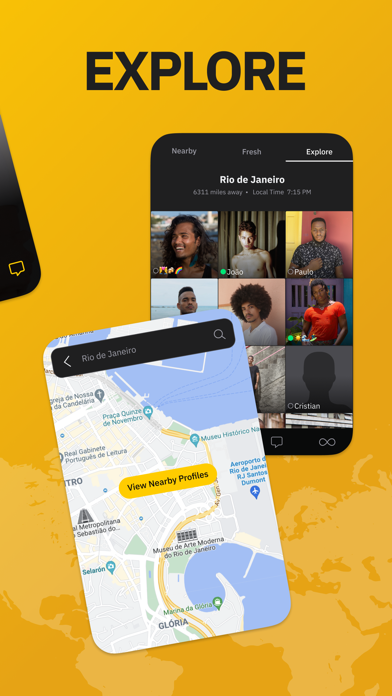 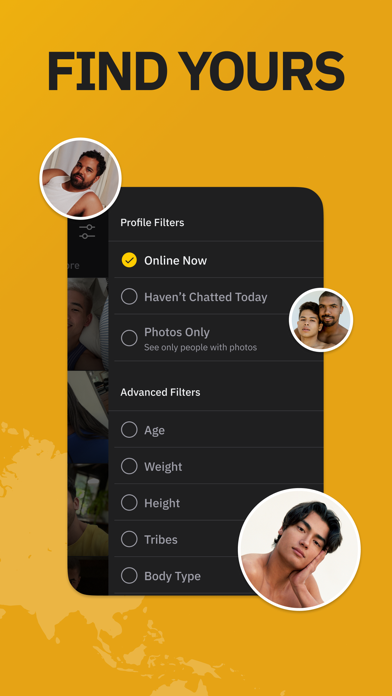 Ads are getting out of hand

You open the app, met with a pop up ad that fills your entire screen, reply to message, hit with an ad, leave a DM screen, AD, trying to type something, pop up ad for Xtra. Message won’t send, guess what, it won’t send until you watch another Ad and retry sending the message
By Sunny69429

just all around bad!

so I used the app for about 2 1/2 weeks. then was banned for no reason… I don’t know what happened,but tried communicating with the email they provide, so far nothing…
By JlcElcJlc#14

I’ve used it for nearly a decade. Like YouTube the owners have become greedy. Every time I open this app an ad takes over. It won’t load data and spins endlessly. Yes it’s a free app, but when you compare it to what it was even a year ago it shows how greedy the owners have become. It just seems like we, the users, are being forced to pay for Grindr Extra.
By Union Jack 7

Pathetic and destined to fail

So many pay walls and egregious ad grabs. This app is nearly unusable and further perpetuates the dismissive / divisive culture of the LGBTQ community. Owners and operators don’t care about the users, just the revenue it generates.
By dfluke1893

Paid Pro Version- Over the past couple of weeks when you try to filter for “on line” only, the app will not refresh and displays “cannot refresh” in red on top of the screen. Tech support tries blaming it on everything else (Wifi connection, VPN etc. - none are in use) rather than find and fix the problem. Don’t even get me started on the fake accounts(locally and overseas) trying to scam you. Add on top of that, it has become the “go to” app for drug dealers and users.
By Jebb Warner

Still tracking my location after deleting my profile and uninstalling the app.
By FIFA gamer101