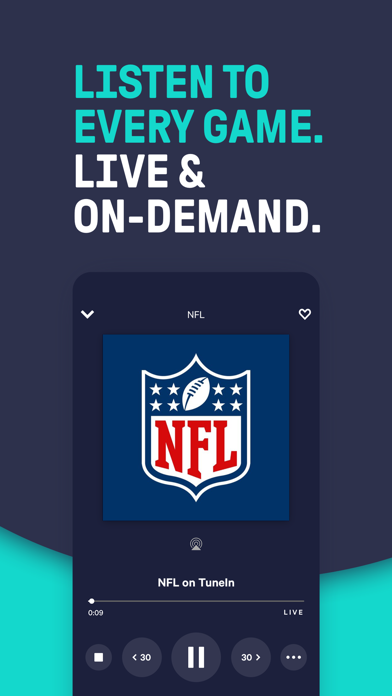 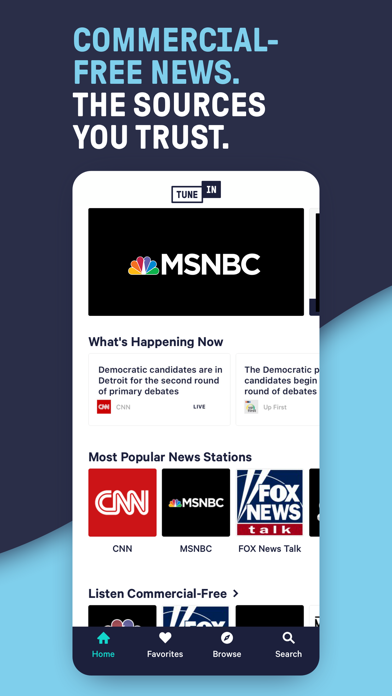 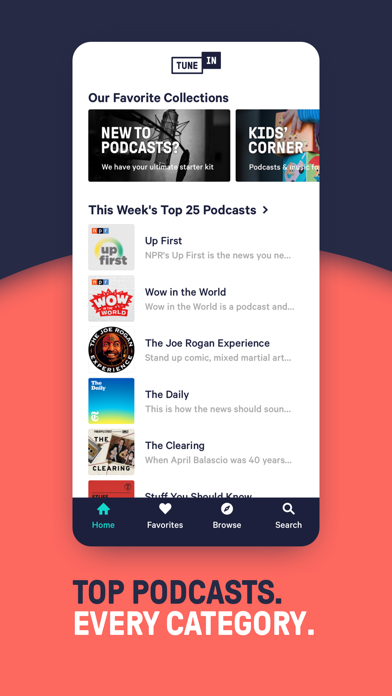 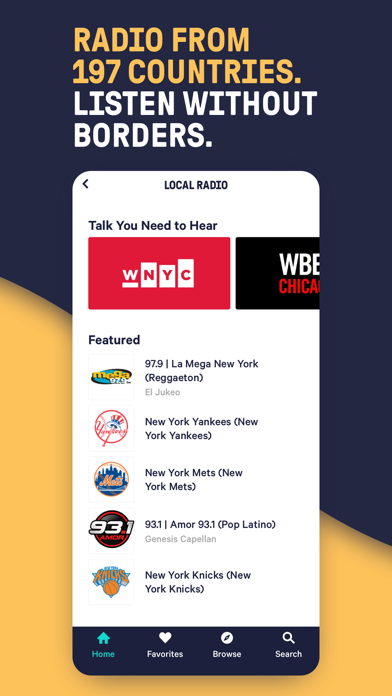 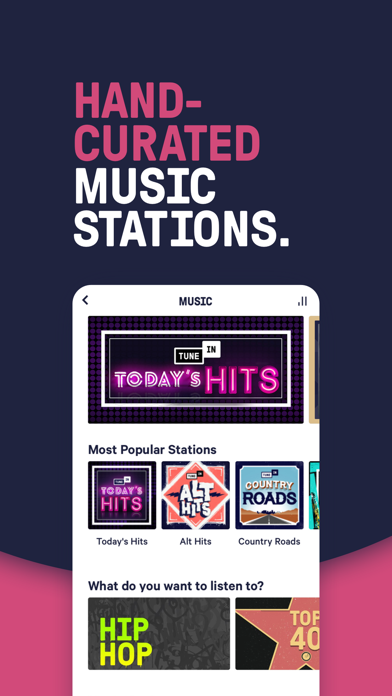 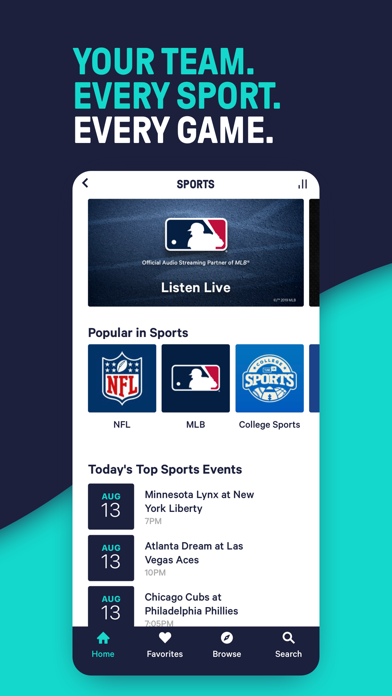 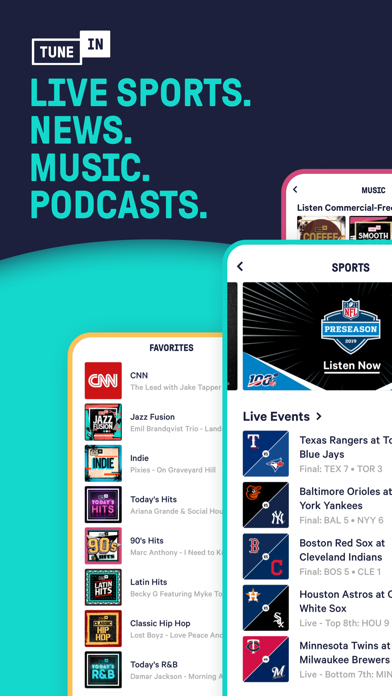 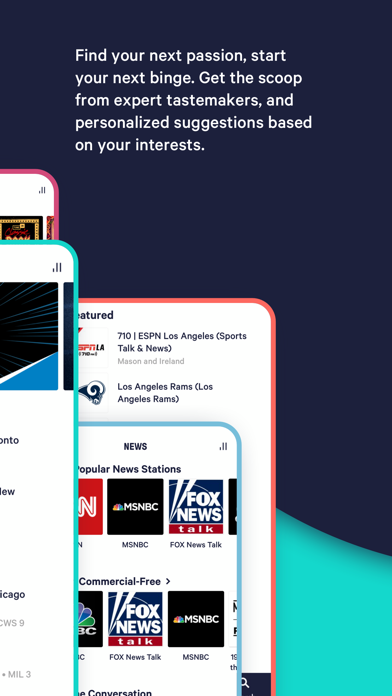 This is a station app that has something for everyone no matter your taste.
By RCA 4782

CarPlay, Apple Watch and other hands-free controls no longer work. Can’t use this app in the car anymore. Reported to developers months ago, but still not fixed.
By Frumpy22

Very good APP but way too many commercial interruptions! Every 5 minutes is far too many ads and is worst than commercial television.
By Design Facilitator

Pro version does not work with Apple Watch

On my 4th gen Apple Watch, all I get is a screen with the TuneIn logo. I’ve tried deleting and reinstalling the app. No luck. There is a Reddit discussion on this. One of the commenters said they contacted TuneIn and they said it was a known issue and the developers are working on it. That was 252 days ago.
By Mr. Luigi

Song titles are not display in car audio

Since previous 3 updates song titles are not displayed in my car audio screen when transmiting via bluetooth from iPhone XR while there is no issue with other apps such as radio.net. I hope this will be Ok when new update release thanks
By Yahya Abo AlToyour

Says cellular data is disabled and no WiFi network available. But if I disable VPN it works fine. Re-enable VPN and it doesn’t work.
By kzme

Cannot edit favorite list and move stations according to my wish up and down. Doesn’t work well with Apple Car Play. Instead of the favorite station scroll list please change it to icons, so that more stations are being displayed on one screen without the need to scroll down in apple car screen. It will be safer this way.
By arky_Chicago

Constantly have to reinstall

It’s becoming a major inconvenience that after every couple updates, you have to uninstall and reinstall in order for favorites or browse to work. It soap fails to sync with the tube-in app in my Mercedes MBUX system despite being signed in on both.
By JonInAtlanta