Google Voice gives you a phone number for calling, text messaging, and voicemail. It works on smartphones and computers, and syncs across your devices so you can use the app in the office, at home, or on the go. NOTE: Google Voice only works for personal Google Accounts in the US and G Suite accounts in select markets. Text messaging is not supported in all markets. You’re in control Get spam filtered automatically and block numbers you don’t want to hear from. Manage your time with personalized settings for forwarding calls, text messages, and voicemail. Backed up and searchable Calls, text messages, and voicemails are stored and backed up to make it easy for you to search your history. Manage messages across devices Send and receive individual and group SMS messages from all your devices Your voicemail, transcribed Google Voice provides advanced voicemail transcriptions that you can read in the app and/or have sent to your email. Save on international calling Make international calls at competitive rates without paying extra for international minutes with your mobile carrier Keep in mind: • Google Voice is currently only available in the US. Google Voice for G Suite users is available in select countries. Check with your administrator for access. • Calls made using Google Voice for iPhone can be placed through a Google Voice access number. All access number based calls use the standard minutes from your cell phone plan and may incur costs (e.g. when traveling internationally). 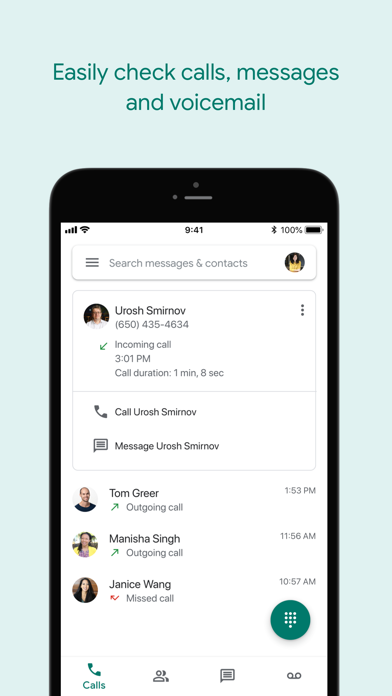 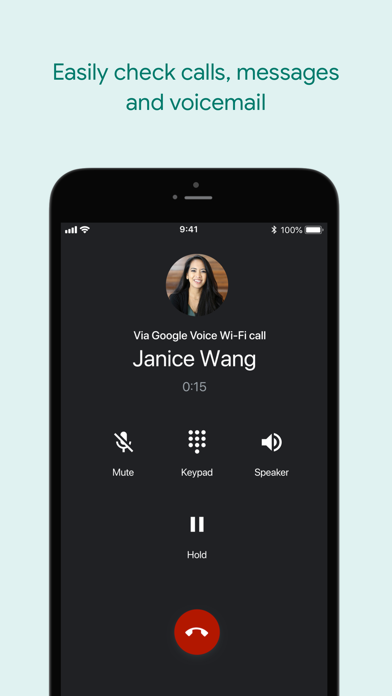 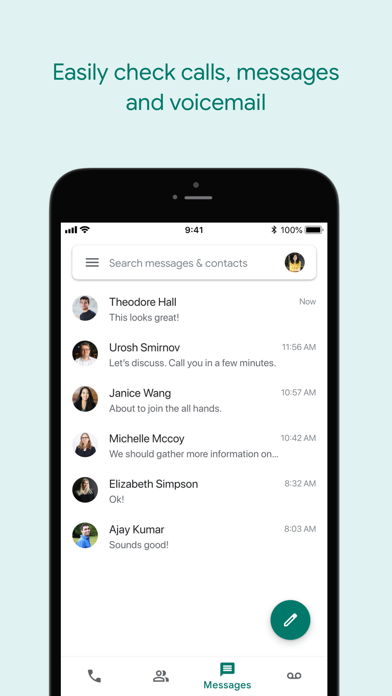 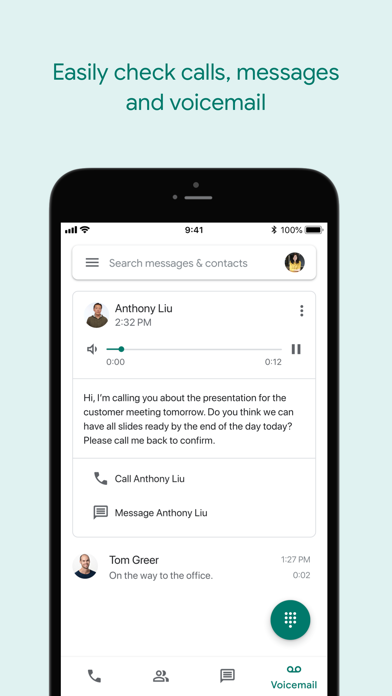 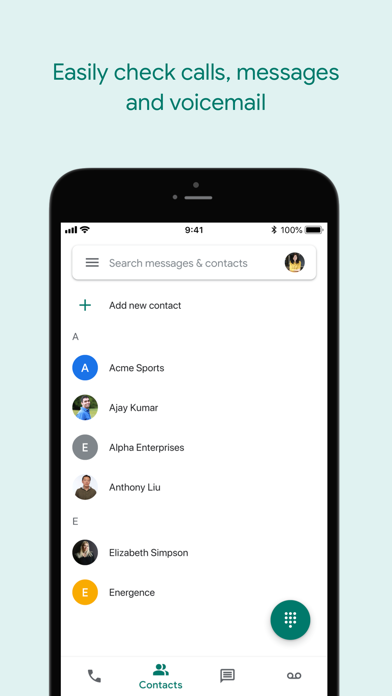 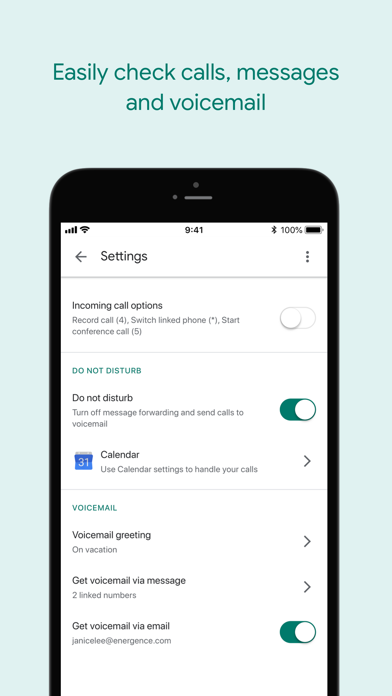 I like it....it will be cool if they at least put the little bubbles that Apple Messages have.That'll be cute.Also can you update it...like add new stuff and add also put the video option so that you can send videos to your friends.
By Anonnymous!!!!!

I use this number for CL and other sites I put stuff for sale on. Anymore sending texts is hit or miss. If I’m sending more pics of an item it will more often than not fail to send the pics and some text if you have text in there too
By cwitham5345

For the past few months I haven’t received a call on my phone. I get notifications that I’ve missed a call, but it hasn’t gone through to call my phone number. It used to work when I first signed up, but I haven’t been getting calls for a few months now.
By A Guy 1235

I now use my iPhone app

01/17/20 Tried it again. Still no favorites! How does a phone app not have favorites? 12/13/17 Goodbye Google Voice App! I just paid for GV Connect and it has Favorites, doesn’t crash and looks a lot better. 12/07/17 App crashes when trying to write or send text messages. They still don’t have favorites. 09/18/17 If the point of the App updates were to get me to use my iPhone app, then they have succeeded. The app takes a while to populate the names with the numbers and generally takes a long time to react during operations. There are still no favorites. They now show 3 "Suggestions" of people to call. Again, where are favorites? No voice? 04/17/17 Favorites still gone, still lags when starting up and searching and now voice calls are gone. It says you have to link your number and tries to link the number your calling. The app is not almost totally useless and forcing me to use the apple products. 02/16/17 The latest update seems to have fixed the speed issue on searching but there are still no favorites. Previous Update: I appreciate the update (can now search and messages are grouped) but what happened to the call favorites? I use the app as my separate work phone, but now it has too many issues. There are no favorites, but when you search, the phone locks up for 30 seconds. You used to be able to press a contacts name and then choose to text or call them, now that is gone. There are a lot of reviews from the tech community on how great it is that Google finally updated the app but no one mentions that they threw out call favorites or how difficult it is to make a call. My guess is that none of them actually use the app.
By DRHdesign

This app is good to use for daily usage, hence why I am eating it three stars. However, I believe this app should supposed rcs as it is a very useful feature to have when texting with Android users.
By ItzHammerin'

The app feels slow and often hangs for several seconds. Notifications and tabs don't update until you click out and back in. The app frequently spams every missed call over and over making it hard to know what's happening. This also happens when you add contact information for a number for some reason. Overall it's perfectly useable but it needs some more attention.
By Reviewer 284839

PLEASE fix the pasting error! I tired of copying info and having only a portion of it paste.
By NolaGirl9

Most of the time the app freezes at the splash screen, even when it’s already been open and running. Notifications come through, but the app fails to open. Rebooting the phone tends to resolve the problem, but only for the first time the app is opened after the reset.
By brbonline

Where has my high quality Google Voice gone? All calls go directly to voice messages, nothing gets through. Also, when will you allow me to change the swipe setting from archive to delete. Make the app better and easier I to use.
By Civil Retort