How many of us struggle with "kitchen math?" The Kitchen Calculator PRO app makes cooking and measuring so much easier. Kitchen Calculator PRO does all the recipe conversions for you, and makes it simple to scale recipes up (or down) to change the number of servings the recipe yields. With Kitchen Calculator PRO you can: 1.Quickly scale your recipes (add, subtract, multiply, divide) using fractions! 2.Convert ingredients from weight to volume, and vice versa ( cups to grams, ounces, etc. ) 3.Supports several volume, weight, distance, and temperature conversions 4.Enter amounts and view results in standard cooking fractions (1/2, 1/3, etc ) 5.Grow a database with your favorite ingredients! (see weight to volume ) USER COMMENTS ***** Exactly what I've been looking for! - "I just tested this out on a new cake recipe and it was simple, easy and accurate. The cake came out *perfect*!" by njanehair. ***** Yippee, perfection! - "I cook 3 meals a day for my toddler and am always needing to scale recipes down so I'm not making ridiculous amounts of food" by Cindi M. ***** Brilliant - "For a cook trained in the metric system, this tool is a dream come true" by BeeDiana. SCALE YOUR RECIPES Easily convert and scale recipes in an instant. Doubling a recipe (or cutting a recipe in half) is simpler than ever before, with all the most common units of cooking measurement right at your fingertips. WEIGHT TO VOLUME CONVERSIONS What is so special about weight to volume conversions? When converting from weight to volume it is important to take into account the ingredient you are converting. As you know, a cup of sugar does not weigh the same as a cup of rice. Furthermore, a particular brand of sugar may weigh different from another. This is all made easy with Kitchen Calculator PRO. So, how does Kitchen Calculator handle weight to volume conversions? 1.It comes with a database of common ingredients based on weight figures from the USDA (US Department of Agriculture). 2.It allows you to quickly enter and save your own ingredient weight for more precise conversions. In many cases, you can enter the values right off the product label, using fractions! 3.Kitchen Calculator will remember any saved ingredient information for future conversions. NOTE: The preset ingredient list is based on USDA (US Department of Agriculture) figures and are approximate values. They may differ from the ingredients you use. For precise calculations we recommend entering the weights for your ingredients and, whenever possible using a scale. INGREDIENT DATA SOURCE U.S. Department of Agriculture, Agricultural Research Service. 2007. USDA National Nutrient Database for Standard Reference, Release 21. Nutrient Data Laboratory Home Page, http://www.ars.usda.gov/nutrientdata Note: Release numbers change as new versions are released. PLEASE LET US KNOW OF ANY ENHANCEMENTS YOU WOULD LIKE TO SEE. FOR SUPPORT EMAIL: info@kitchencalculator.net 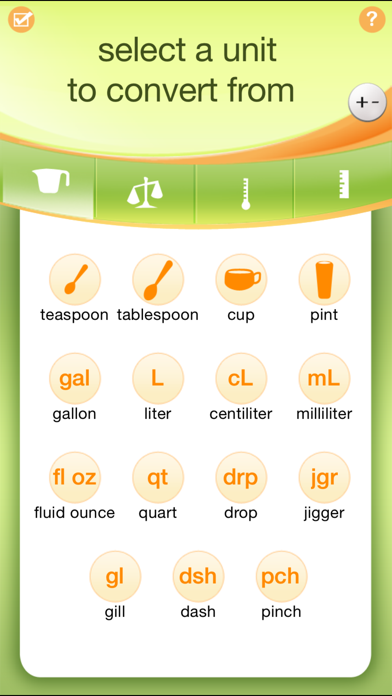 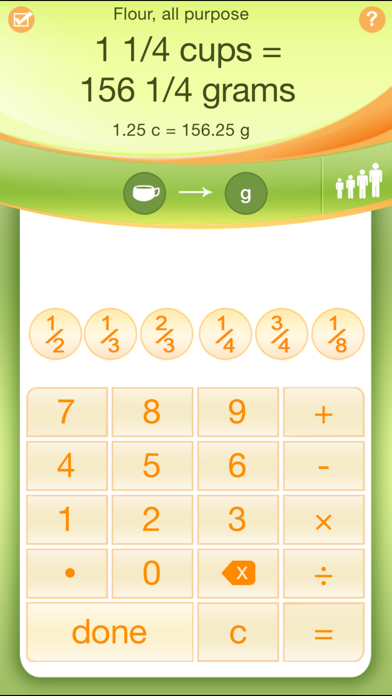 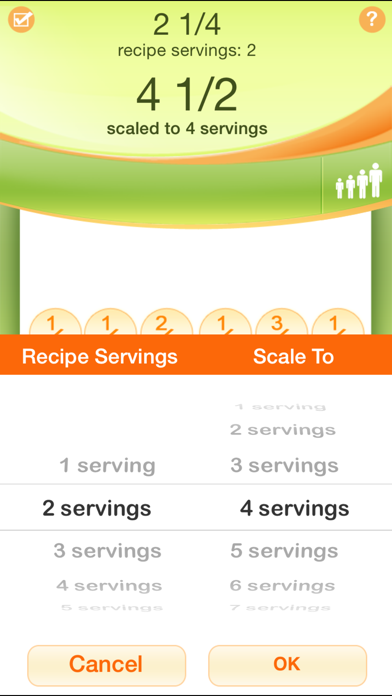 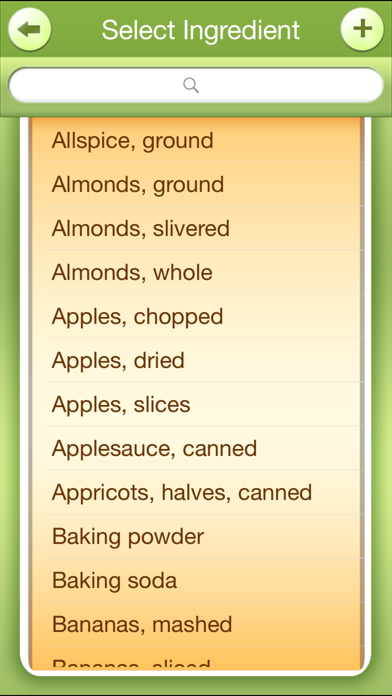 I was expecting this would quickly scale my recipes to smaller or larger servings. Apparently, it only works on a single ingredient at a time and doesn’t even allow you to enter a recipe. Not terribly useful with just that limited feature.
By iPod Nanny

Love your app! I’m a recipe chef for Driscoll’s Berries so I use your app all the time. The problem is that the USDA database you list for adding ingredients had changed and moved. Can you please give us a link to for data for adding new ingredients? Thanks!
By Daniel j Yonderboy

Very handy, but not what I was looking for

When I went looking for a recipe scaling app, I wanted one where I could scale a recipe based on the amount for one specific ingredient. For example, today I baked a cheesecake, but I had extra cream cheese that I didn’t feel like wasting, so it would have been handy to find out how much more whipped cream/sugar/etc to add based on the amount of extra cream cheese. (11oz to 16, not something easily convertible) I was able to eventually figure it out, with this app even, but I was hoping for something a little simpler
By All About That Ace was take

The interface is good and the information reliable. The only irritating issue is that, on an iPad particularly, the app cannot change its rotation as the iPad is rotated. If you always use your iPad in portrait mode, no problem; but if you use the iPad customarily in landscape mode as I usually do, then this failing quickly becomes annoying.
By ChurchOrganist

I prefer to measure recipes by weight rather than volume. This app makes it much easier to do the conversions. I wish, like other reviewers, you could keep the conversion amount (cups to grams, for example) and just change what you’re measuring instead of starting over each time.
By Dawn0fTime

I've tried emailing the developer but it bounces back. So maybe they'll see my request, here. This is a great app but I wish they would make one improvement: I often convert several ingredients using the same measurement. E.g. cups to grams. It's easy enough to switch between units but the only way to change the ingredient is to start completely over. This is tedious and time consuming. I'd love for the next version to allow for quickly changing the ingredient without having to also reselect the units.
By shaun3000

I have had this tool for quite awhile. Just realized that developer has added scaling & being able to add ingredients to the data base! Awesome... But, (I tried to get info from developer & email gets bounced. Hence, this review. It would be even better if you figured out how to allow landscape mode on both the iPad & iPhone. It is very hard to (& a bother) to read sideways when converting !! hopesews
By hopesews

It's a good app. But all email to the addresses - here and on their website - bounces. Are they still in business?
By marksealey

This such a great app when using recipes. Easy to use.
By Macon rider

Works on my iPhone X, but not my iPad Pro.

Was thrilled when I played with it a bit on my iPhone X. Then disappointed when i found that it refuses to install on my iPad Pro. I need it to work on both. Would have been five stars if it did.
By cellanjie