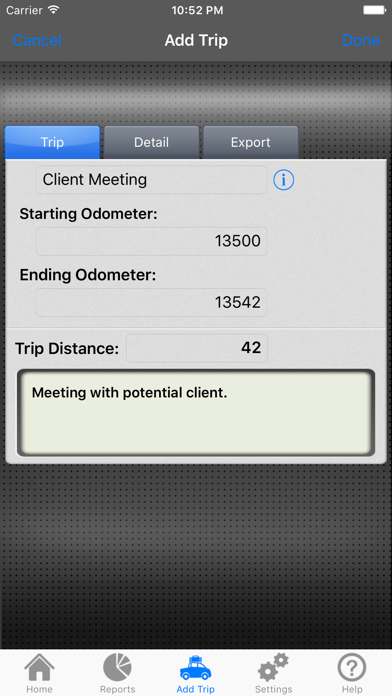 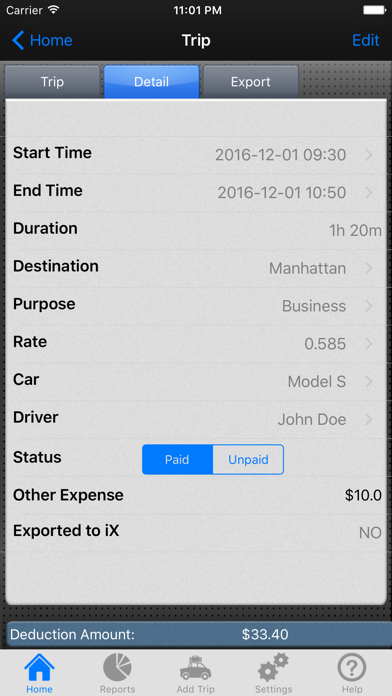 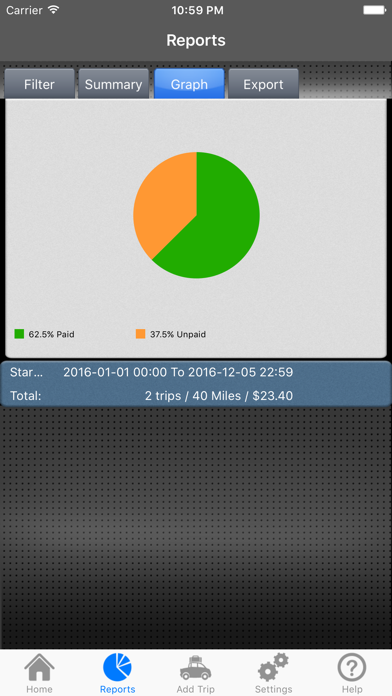 Dec 8 2016 iOS 10 compatible , no more crashes And full screen. Glad I stuck it out. Perfect to keep up with mileage. * update * Developer has fixed issue and it's back to the solid app that it used to be plus it's got a fresh interface. Solid app. Tracks. Exports. Since iOS 4.3 I can not track any trips
By Delta don

Sadly in need of an update

Last update was in 2012 ! Crashes frequently when entering destinations forcing user to start over again. Editing text? No cursor movement, can only backspace to error, then re-type. And that usually causes a crash. Generally clumsy but tolerable user interface for "Details". Especially if more than one car in the family.
By FCAR Dog Dad

Not good for now

I love iXepenseIt so I also bought this as well But it is very hard to use. After an hour trying to get it to work I gave up. I got "miles bug" and after 5 minutes I was all set. This program need to be broken down and redone from scratch to make it simple to use. Entering new records is very confusing , it keeps going back to others ones I have already recorded and changing them instead. Also some records after entering them do not even show up in the list. Not good. Plain and simple.
By Reza5150

Was great. Used it all the time. Was well worth $3 or more because I'm on road all the time. Then someone grew a brain. Now it won't allow new routes so it is worthless. Even the reports were excellent. Do not buy until fixed.
By MrLlorrac

This was a nice application, and I used it frequently up until the v4.3 iOS update. Since that time, it crashes every time you try to add a new trip. Makes it pretty useless. -- Updating -- no response from developer, hasn't even updated the website support form to reflect the availability of iPhone 4. Appears they have simply abandoned this application. Don't buy any of these applications.
By drgardner

Keeps crashing since update.
By DFreez

Since IOS 4.3, this app crashes when trying to add a trip. Useless app until the developer updates to fix this issue.
By derrcbrown