What kind of god would you be? Benevolent or vengeful? Play Pocket God and discover the answer within yourself. On a remote island, you are the all-powerful god that rules over the primitive islanders. You can bring new life, and then take it away just as quickly. Exercise your powers on the islanders. Lift them in the air, alter gravity, hit them with lightning...you're the island god! All god powers are demonstrated in Pocket God's help menu. Pocket God is an episodic microgame for you to explore, show your friends and have fun with. We have been growing the game with the help of player suggestions! What sort of godly powers would you like to see added? More info can be found at our blog: http://www.boltcreative.com On Facebook: http://www.facebook.com/PocketGodGame And on Twitter: http://www.twitter.com/PocketGod Releases: Ep 1: Nowhere To Go, Nothin' To Do Ep 2: Does this Megabyte Make My App Look Fat? Ep 3: You Always Hurt the One You Lava Ep 4: Shake That App! Ep 5: A Storm is Coming Ep 6: And on the 7th Day, Rest! Ep 7: Just Give Us 5 Minutes Ep 8: Jump the Shark Ep 9: Idle Hands Ep 10: Hi, Dracula! Ep 11: A Mighty Wind Ep 12: Something's Fishy… Ep 13: March of the Fire Ants Ep 14: Say My Name! Ep 15: A New Home Ep 16: The Tyrannosaurus Strikes Back! Ep 17: Return of the Pygmy Ep 18: Surf's Up Ep 19: Fun 'n Games Until A Pygmy Gets Hurt Ep 20: Stop! My App is On Fire! Ep 21: Flipping the Bird Ep 22: Ooga Jump Ep 23: Bait Master Ep 24: Idle Hands 2: Caught with your Pants Down Ep 25: Sharks With Frickin' Laser Beams Attached To Their Heads Ep 26: Dead Pygmy Walking Ep 27: Good Will Haunting Ep 28: Barking Spider, Crouching Pygmy Ep 29: The Pyg Chill Ep 30: Great Job Ice Hole Ep 31: What's the Story Morning Gory? Ep 31B: What's the Story Morning Gory? Part II Ep 32: Crack is Wack Ep 33: A Pygmy A Day Keeps the Ape Away Ep 34: Monkey See, Monkey Chew Ep 35: Double Rainbow All The Way Across The Sky Ep 36: Konkey Dong Ep 37: The Moron Pests Ep 38: Two and a Half Pygmies Ep 39: Challenge of the Gods Ep 40: Battle of the Gods. Ep 41: I Sting The Body Electric Ep 42: Bone Soup Ep 43: Killing Time Ep 44: The Perfect Swarm Ep 45: Dance Dance Execution Ep 46: Germs of Endearment Ep 47: Apocalypse, Ow! 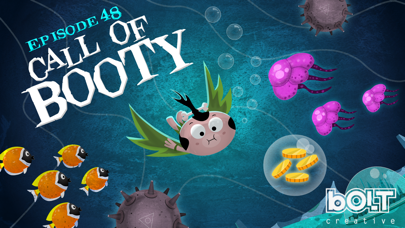 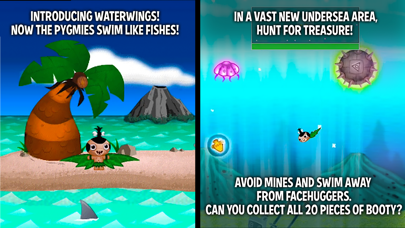 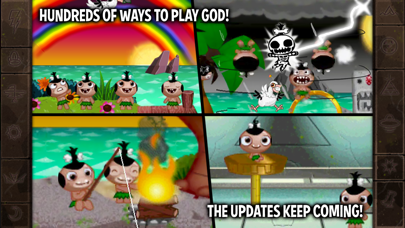 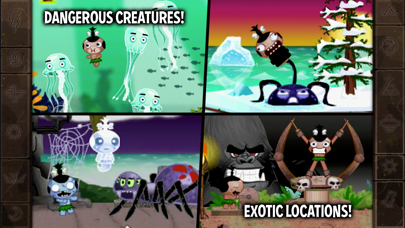 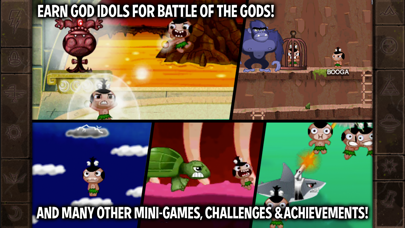 Would have gave it a five star but

App developer abandoned app while leaving it on the App Store for money. The game has terrible resolution, and doesn’t fit any of the larger screens. Really disappointed and a waste of 3 dollars
By le_ChefGoldblum

Whatever happened to this legendary game

This game was my childhood and I’d totally still play it today sadly the creators of this game aka Bolt Creative moved onto making just comics, this game is packed full of content but once you’re done with everything well...you’re done with everything this game is so packed full with rich flavorful content, cool missions dances songs mini games hell PARRY GRIP is in this thing, I just want this game back one day...we want the update, we want the update now... 😢
By Coolmatt629

This game is only missing 👽👽👽
By Troy ScholZ

Where is the update🎶
By lana drahrepus22

It won’t even open

I just purchased this game and it won’t even open. Can I get a refund?
By Givememy money