LiveXLive Powered by Slacker, formerly Slacker Radio, is a totally reimagined music streaming app that lets you listen to your favorite music and watch live streaming performances for free, all in one place. With our global coverage and massive collection of music, you’ll get: • Free access to the music and events you love • Hundreds of interactive and hand-crafted music stations • Music recommendations personalized just for you, so you can discover new favorites • Live video streams of festivals and concerts from around the world • Exclusive hosted audio and video shows every week • The ability to easily collect and share your favorite songs • The power to create your own stations and playlists • Unique interactive news and sports programming • On-demand access to millions of songs and albums with subscription • Offline data-free listening on mobile with subscription Check out LiveXLive.com and follow @livexlive on social media for announcements about upcoming events and exciting new features. Want to get the most out of LiveXLive Powered by Slacker? Subscribe to LiveXLive Plus: • Ad-free listening • Maximum audio quality • Unlimited skips • Auto renews monthly at $3.99 USD Subscribe to LiveXLive Premium: • All the benefits of LiveXLive Plus • Listen offline • Play millions of songs and albums on demand • Create your own playlists and stations • Auto renews monthly at $9.99 USD For all subscriptions, payment will be charged to your iTunes Account only after confirmation of purchase. Your account will be charged for renewal within 24-hours prior to the end of the current period with no change in price. Your subscriptions may be managed and auto-renewal may be turned off by going to your iTunes Account Settings after purchase. Privacy policy: https://www.livexlive.com/privacy Terms of use: https://www.livexlive.com/terms 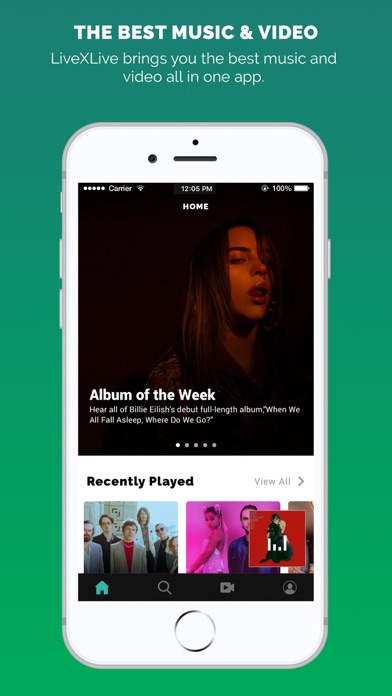 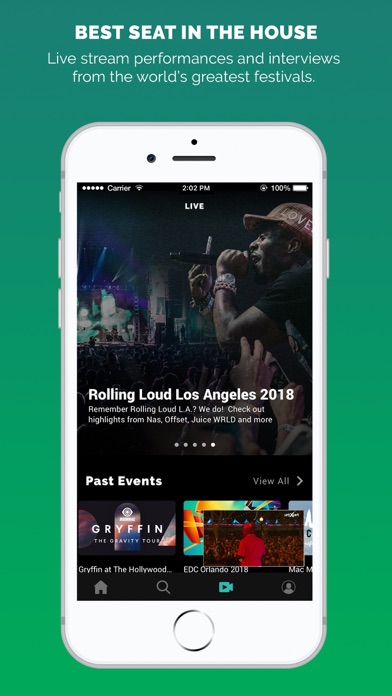 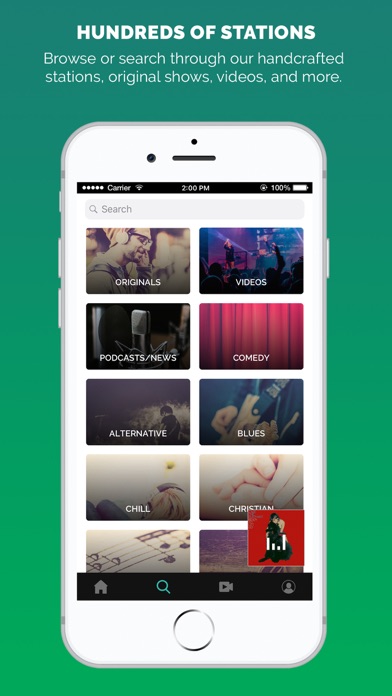 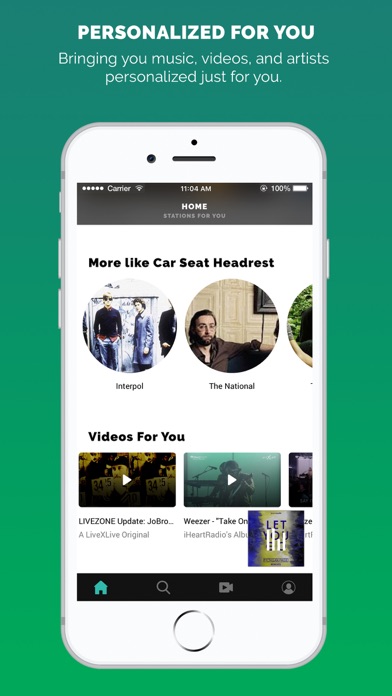 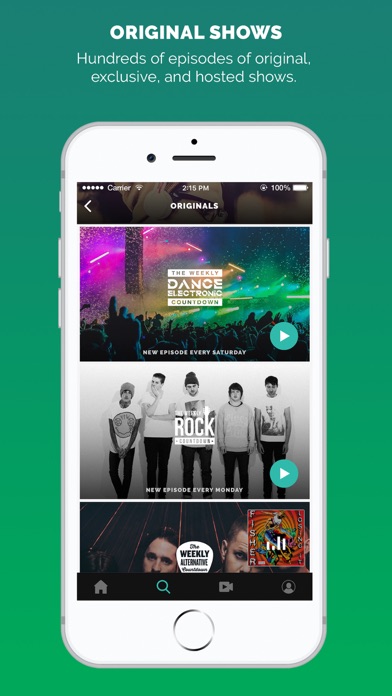 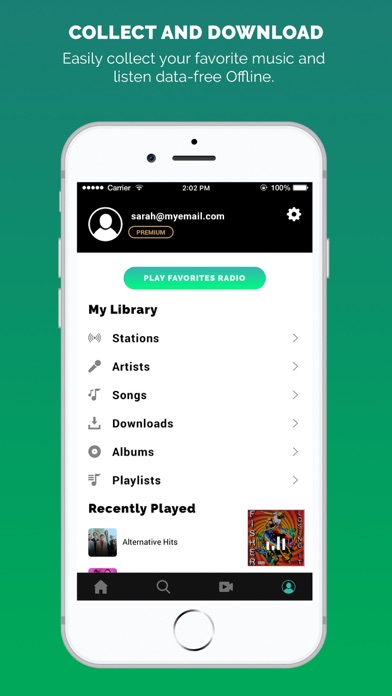 Not what it used to be

I have used LiveXLive a min of 5-6 years, maybe more. Long before they changed the name from slacker radio. It used to be great and still has a crazy amount of songs. But the last year or two I have had more and more issues with playback, crashing, and improperly playing songs but I finally decided to cancel due to a fairly unprofessional reply from a support agent. It was kind of the last straw for me so for anyone looking to use this service I wish you luck and hope any issues you report to their support team doesn’t get you a sarcastic/lazy reply as the “solution” Yes in a small way my opinion is more negatively biased than it would have been before but overall it’s no longer worth even the 3.99 price I paid. I had downgraded long ago from the 9.99 membership for similar issues.
By Blnded

I subscribe to a certain Sweden-based service for on-demand listening, but I am a mid-tier subscriber here for one reason. Slacker is almost perfect for creating customizable stations. It has a far wider selection than Pandora, and better available sound quality. I wouldn't necessarily recommend Slacker for on-demand listening, but for customizable stations, this is better than every other music service out there.
By Bangsmith

Keep turning off when screen close 🤔

I just opened the app and it just gives me a sample. I am working out and once screen closes audio stops. I have to open screen again to continue the song. This is new.
By Mr. Cyclops

Tried to sign up and the only birth year options are 0-3 and then a bunch of negative numbers al the way down to -127. -127 is the only one that worked and when I tried to press sign up it said birth year can only contain numbers
By AriPlayzGames

I have been using this paid service since long before it switched from slacker radio. I love downloading track, albums, and my own playlists. I love that you can fine-tune stations. Their broadcasting music festivals is so cool but why aren’t they available any other time but live? Many are in Europe so they broadcast them in the middle of the night in the us. Why not make them available for future use? But how is it possible that they still don’t have the ability to send music to the Apple Watch!?!? I may be leaving LiveXLive after years of service for this reason alone.
By 78rn

Love the service, dislike the name

My precious review below stands and I love this service. The Fine Tuning feature for preprogrammed stations is a genius feature unique to the service and yet they fail to market it. Not sure why the legacy Slacker name needed to change as this app is still called Slacker on legacy streaming devices and “live” isn’t the basis of what this app primarily represents. I’m a surprise and remain concerned about LiveXLive’s ability to survive as a going concern but will remain loyal as long as they’re around. BTW, why would someone think LiveXLive is pronounced “Live by Live”? A truly terrible name, even from the perspective of spacing between the words and finding it via search. I can’t find this app in the App Store under Music in the first 200 apps and that seems bizarre unless AppStore listings are pay to play. I love Slacker. It’s awesome for those of us who don’t follow end artists and want help listening to the latest content through their curated channels. That being said, Slacker has done such a poor job in marketing itself and attempting to acquire a loyal base of paid subscribers to assure its long term survival. The idea to cross market with Dash Radio seems short sighted given it’s a gratis product, but the least you could do for subscribers is to Ins. offer higher bitrate streams because the audio quality is lacking. Other than this I can’t say enough good about Slacker and send everyone I know to the platform and encourage them to subscribe to at least the low-tier subscription as it’s an excellent value.
By LAX20531

LiveXLive is, by far, the best of the most popular streaming services for music discovery. Their catalog is very deep and their genre specific channels reflect that, especially because the content is user-adjustable (ban a song or an artist, more or fewer popular songs, newer or older songs, etc). Plus, you can build your own stations my adding a artist you like to them, and then the app’s algorithm adds similar swings and artists which you can then ban if you disagree with the choice. Love it!
By swood_de

I’ve been using this service for years and it’s just good. The music library is great, being able to watch live shows is great. It works smooth in my car and I’ve never had a problem with it.
By DisneyLouisiana

Premium user for 3+ years. Contacted customer service for play back issues of their product and was told to contact car manufacturer. Cancelled plan and then was told that it was my decision to not let them help me. Ridiculous!
By Bugaha402