The Power of Music. With 90 million songs, playlists and podcasts plus personalized recommendations just for you, Deezer is your music companion. Listen to the songs and podcasts you love and discover your new favorites with the music player. Your life deserves its own soundtrack. Enjoy the best features with the Deezer music app • Browse 90 million songs • Identify tracks with SongCatcher • Sing along with Lyrics and discover our lyrics translation feature* • Play music by genre and moods • Get personalized recommendations with Flow and choose your mood filter • Add songs to your Favorites collection • Discover and create your own playlists • Make collaborative playlists • Choose a time to stop your music with the sleep timer function • Explore thousands of podcasts ranging from comedy to true crime • Share your favorite songs or podcasts on social media • Listen to radio stations* plus audio channels, and podcasts Enjoy all these benefits when you sign up for Deezer Free*. Want more? Go limitless with Deezer Premium**, Deezer Family** or Deezer Student** and enjoy ad-free music with offline listening. • No ads • Download and listen, no WiFi needed • Unlimited skips • High Fidelity sound (lossless quality at 1,411 kbps) • Millions of FLAC tracks available • High-end sound system compatibility Compatible devices: Enjoy Deezer on all your connected devices - listen on Google Nest, HomePod Mini, Amazon Alexa, Sonos and more. Deezer Family: Get up to 6 Deezer Premium accounts with High Fidelity sound* on the family plan - share the love of music with the whole family. Deezer Student: All the benefits of Deezer Premium like no ads, downloads and offline music, plus High Fidelity sound*, for half the price. Privacy policy: http://www.deezer.com/legal/personal-datas.php Terms of use: http://www.deezer.com/legal/cgu.php The Deezer music player offers unlimited access to songs and podcasts. Discover and create playlists to give your life the perfect soundtrack. No WiFi needed - download songs and enjoy offline music - perfect for when you’re at home or on the go. Discover more of what you love, including inspiring podcasts and the freshest tracks. *Only available in certain countries. **Plan may differ depending on your country of origin. 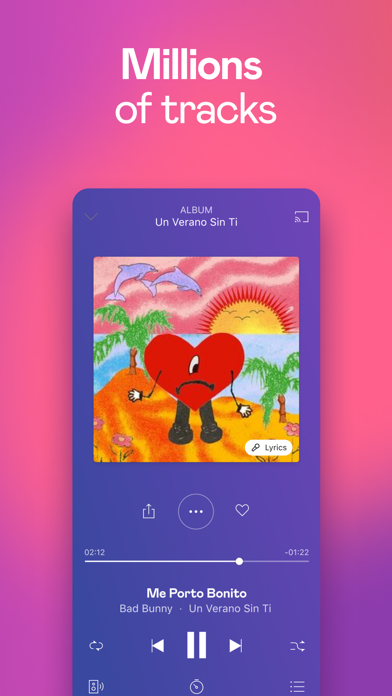 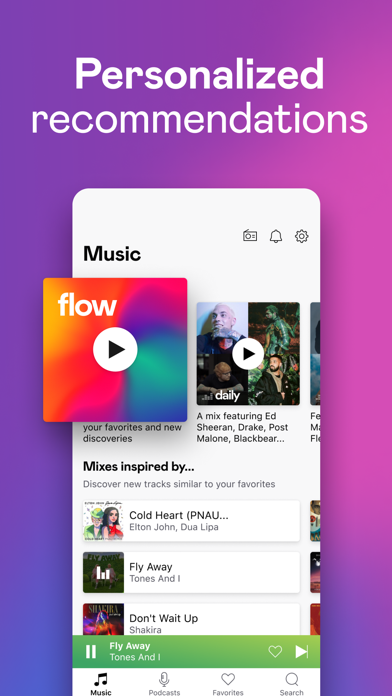 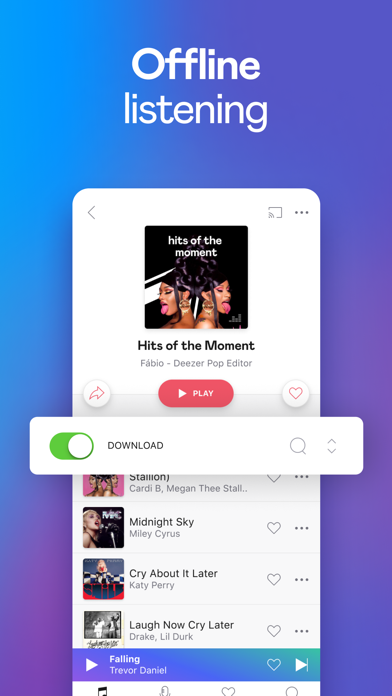 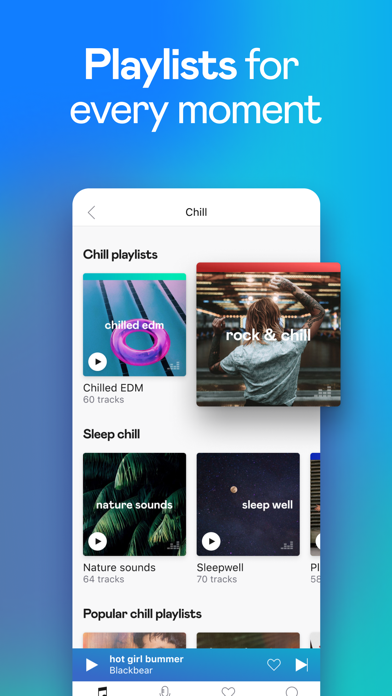 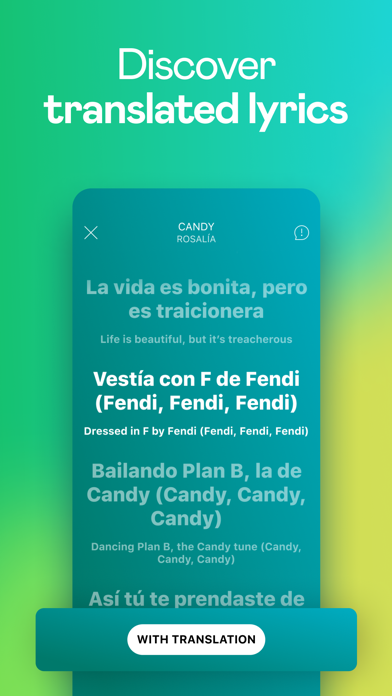 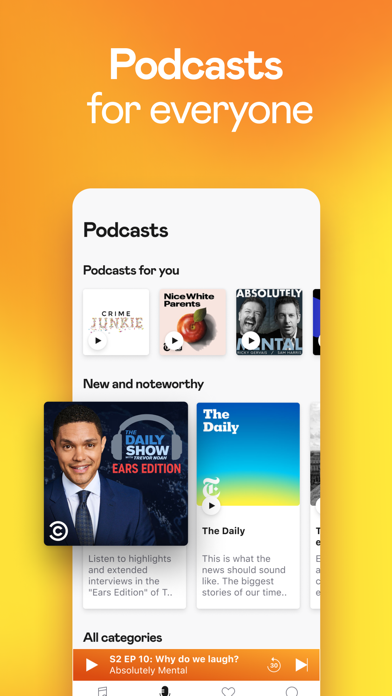 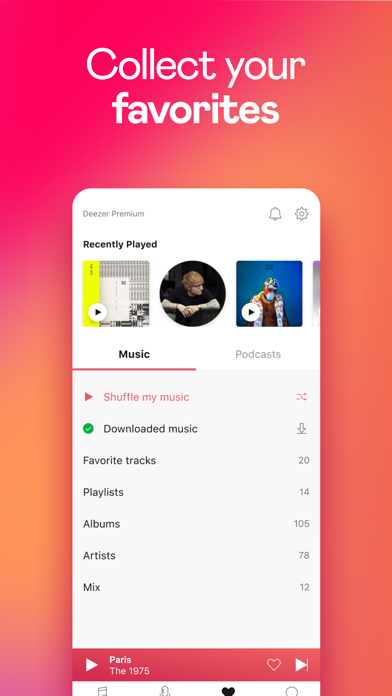 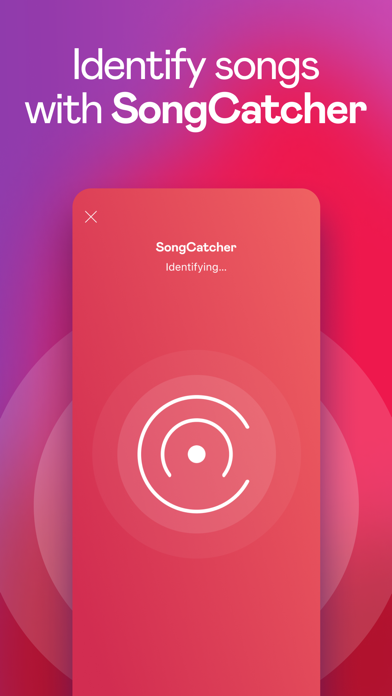 Worse than the Android app

I love Deezer and I’ve been using it for years. But I was shocked to find out that the iOS app isn’t nearly as developed as the Android one! As a podcast listener, I used to rearrange the episodes order all the time, and that just doesn’t exist on the iOS app. There’s absolutely no way to select “play episode D after A” (instead of playing B and C before D). So when I’m cooking, for example, I have to give up on using the app or stop all the time to skip to the episode I want. I’d give 5 stars for Deezer in general, but the iOS app would definitely get half a star, if that much.
By Larissa v e

I love this APP

But honestly I need to sync my app from my phone to my Apple TV . That would be awesome! If someone did already pls ignore my comment. And pls tell me how I can do it .
By Oh well it’s just me

“Sponsored Music”: It’s as bad as it sounds. Songs so bad, artist pay for you to be forced to listen to it or pay. Would be a good app without it. Search results don’t work for song titles or artist but then you will find it randomly.. just not through the search engine. Ridiculously expensive too.
By dirtydp85

I feel in the ever rising entertainment industry and it’s supporters, if you offer something you should follow thru. However, I guess Deezer disagrees. They offer 1 month for free then bumps up too $13 monthly, alittle steep but I was willing to try it because a month free is a nice deal. But no matter what, they try and charge you the 13.99 at sign up. So where’s the month fee? T r
By darren1267

You just lost a premium subscriber. Casting to my Nest speakers was the main way I listened. It worked great so I can only assume managerial incompetence is the reason it’s gone.
By ohdembein

So, I wouldn’t recommend this app ever. First of all the amount of data it collects on its users is horrendously vast, which in turn maximizes your exposure to cybersecurity threats and attacks. Guess what? It just happened!!! My monitoring service just confirmed my information including my email and even IP address are for sale on dark web. So beware of Deezer unless you enjoy having your private information being sold to Geezer. Geezer Deezer!!!
By FA1969