Speed Names is the absolute QUICKEST and EASIEST way to add a contact to your iPhone or iPod Touch! Speed Names also provides easy filing of your existing contacts into groups. Speed Names can even move contacts between different contact databases (ie. Google Contacts, Exchange). All from a single screen, you enter the name, phone number, email and note. Then simply tap a single button and the name is added! No shuffling between handfuls of screens. Simply enter the information in one screen. It's that easy! Key features: * Speed Names will allow you to add, edit and delete groups for your Contact list * Easily file your existing contacts into groups or choose which group to display the contacts for, even allowing you to display all the unfiled items in a list * Single screen data entry Additional features include: * Can move contacts between different contact databases (ie. Google Contacts, Exchange) * Names in Contacts list is sorted by last name (or by company) * Double tapping on a name in Contacts list displays ALL information about contact and allows information to be edited * SMS support- send text messages to group members or an individual * When moving contacts to an Exchange server, will only copy contacts and leave original contacts in tact * Completely redesigned user interface- much easier to use and beautiful, vivid screens We want to thank all our customers for supporting our apps. We hope you will continue to provide us feedback and encourage you to post reviews. ----- Silverware is also the creator of XpenseTracker, MileTracker, Flight Update Pro and other top rated apps. Questions/comments: For a quick reply, email us at support@SilverwareSoftware.com 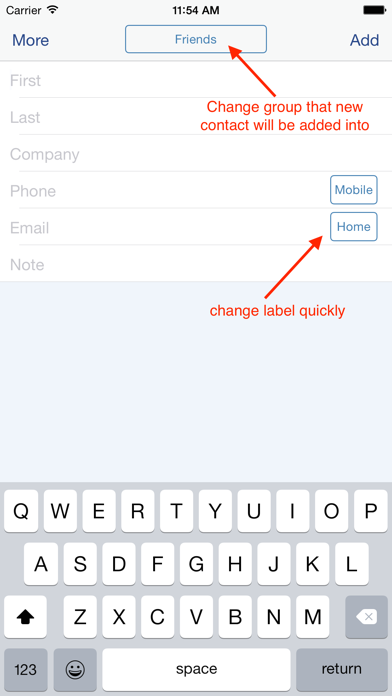 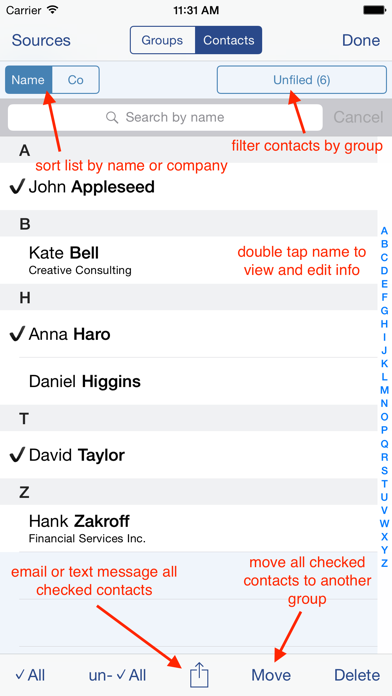 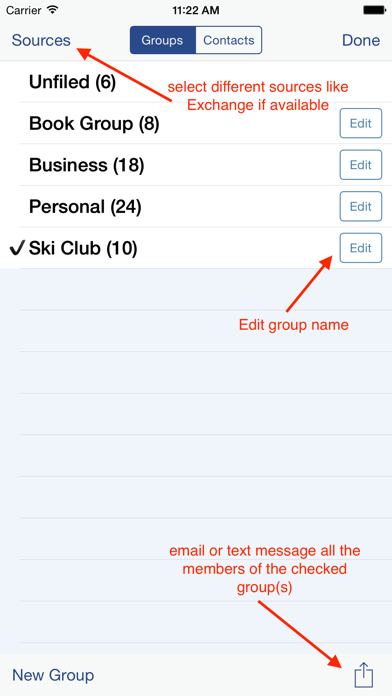 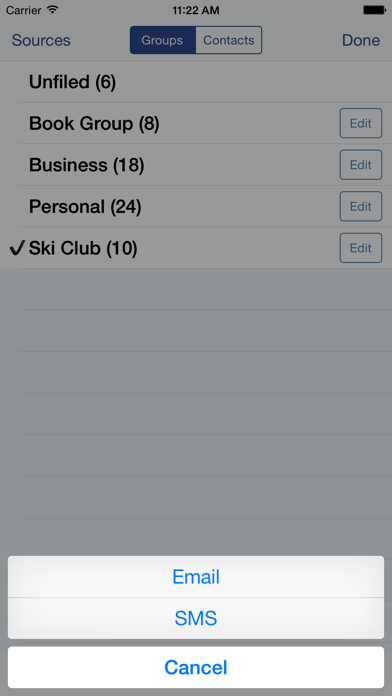 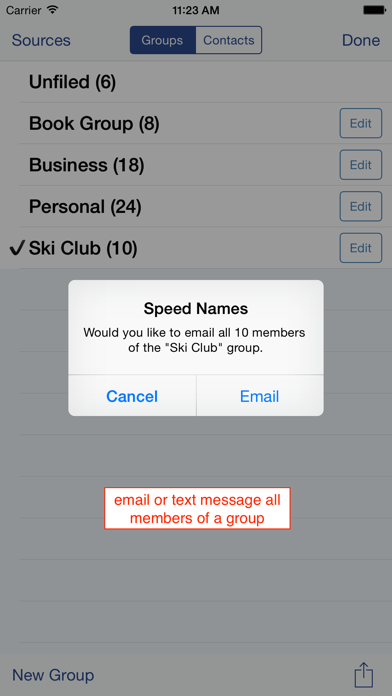 It’s a great idea but this app needs a lot of work! I wish I could customize the fields I’d like to add. I wish I could add a contact to multiple groups instead of just one. The “more” button might as well say “push me to crash” because every time I touch it the app crashes. I’m not sure what that button is actually for. It hasn’t been optimized for larger screens either. Please update.
By jcp543

I normally don’t rate apps but this just saved me so much time. I created 120 contacts that synced to my work email instead of my personal iCloud. Because of that, I couldn’t get those contacts to show up on my MacBook for iMessaging. I wasn’t about to create 120 new contacts, so I looked online and founds this app. This is the only way I found to move contacts between groups, and it was super easy. Apple does not offer a method of doing this. All I had to do was select the contacts that I wanted to move (the entire group), and selected the group that I wanted to move it to. It instantly moved all the contacts to my iCloud account and my MacBook synced with them instantly. This saved me so much time and effort, it was well worth the $.99.
By Matthew Loose

Did What Was Needed

Needed this to move exchange contacts from an outdated account over to my main group so I could remove that old account. Worked out great, $1.00 well spent. Could have been FAR easier to use and figure out, though. And that should be a standard feature in the stupid phone.
By Scumbumbo

Worse now than when I started.

Because of this slow functioning app that I can’t believe I actually paid for...I now don’t have any of my contacts. I was trying to switch contacts from an exchange account to my iCloud. Unsuccessful. This app is useless. DO NOT BUY!!!
By French Ed major

Unable to use after iOS 11 update

Unable to use now after an update to iOS 11. Used to be great, not so much now.
By seer14

I recently updated your app. On the opening screen, every time I hit the “More” button in the top left corner, the app completely freezes...every.single.time. I can’t filter or edit my groups since the only thing I can access is adding one individual contact from the home screen. Please fix!!
By Kid_Stone

I receive groups of texts daily from my kids sports coaches. Many of the parents in the group are not in my contacts and I don't need them to be. I am unable, with the stock iOS messaging app, to name the groups since many of the parents do not use iOS. I was hoping this app would enable me to name the groups do that but it doesn't. I'm sure many parents are like me, receiving streams of texts every day about practices, games, scrimmages etc, and with iOS there is no simple way to tell each group of texts apart. If this app could enable the user to simply add the phone numbers to the group without requiring the phone number to be a contact that would be great
By tuscany123

Excellent!! Does exactly what I needed, to make, delete and modify groups in contacts, also to move contacts into different contact groups in iOS devices (iPad and iphone).
By REDotson

Works as advertised and fills an obvious void in the Apple ios: group management of contacts.
By Vike99

I needed this app to move contacts from one group to the other group i.e. Gmail to outlook. However I cannot tell which group is which in the case of two Outlook accounts. They are both named the same thing. Please allow us to give each account a custom nickname. Thanks!
By Mudsmear2