Fast-track your way to soccer glory in the world’s top management game. With more than nine million sales, Football Manager 2023 Mobile is the very best in the series and cements our place at the top of the mobile soccer gaming league. Build a squad full of superstars, develop your wonderkids into world-beaters and use Team Talks to inspire your players into action. With fully licensed UEFA Club Competitions, experience a greater sense of occasion with the UEFA Champions League, UEFA Europa League, the UEFA Europa Conference League and the UEFA Super Cup all available this year. Playing fast, but by no means loose, FM23 Mobile is the slickest, most authentic version yet. Take the fastest Football Manager route to greatness. BE THE DIFFERENCE MAKER Use Team Talks to engage with your players when they need it most. Available pre-match and at half-time, galvanize your squad as they chase success. CREATE FUTURE SUPERSTARS Turn promising youngsters into elite players with the new Development Hub. Use the help of your experienced stars with an enhanced mentoring system and assess your prospects with a revamped Youth Intake screen. BUILD YOUR DREAM TEAM Reworked transfer and loan negotiations will give you clear feedback in the quest to sculpt your ideal squad, while rival clubs will behave more realistically in their dealings with you. DEVELOP YOUR IDENTITY Stamp your personality on the game with the refreshed Manager Profile tracing your style. Traits and characteristics evolve throughout your career as you chase glory in UEFA Club Competitions. © Sports Interactive Limited 2022. Published by SEGA Publishing Europe Limited. Developed by Sports Interactive Limited. SEGA and the SEGA logo are either registered trademarks or trademarks of SEGA Corporation or its affiliates. SEGA is registered in the U.S. Patent and Trademark Office. Football Manager, the Football Manager logo, Sports Interactive and the Sports Interactive logo are either registered trademarks or trademarks of Sports Interactive Limited. All rights reserved. All other company names, brand names and logos are property of their respective owners. 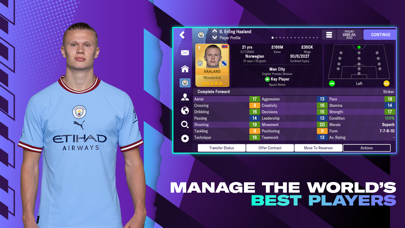 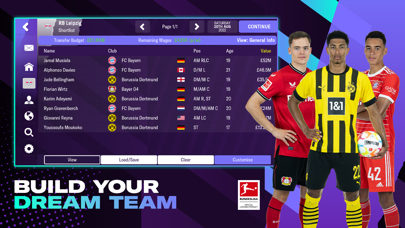 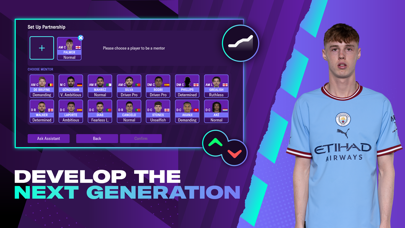 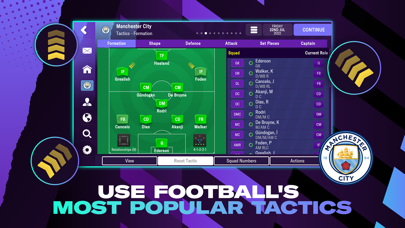 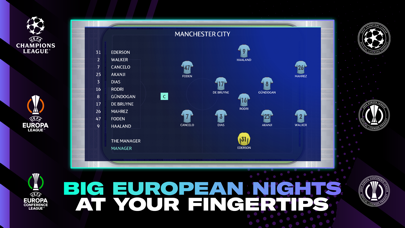 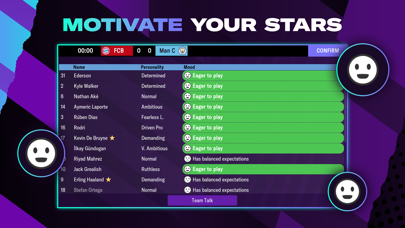 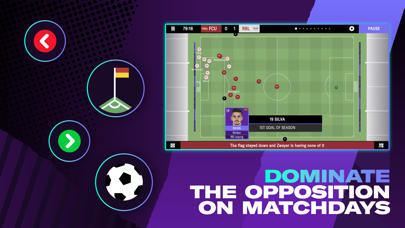 Slow load time if you install facepack or logos

Update 11/24/22… the new bug fix did not fix this problem. Time is still too long to load the game from licensing page. FIX PLEASE! Original review: The cache for fm23 is not working… taking forever to load at the license screen. The facepack I installed is the same one I had for the 22 version but now it is stuck for 20 min every time I load the game. I will update my review when it gets fixed. I refuse to play the game without the logos and faces…
By Danny Cervantes

At a random point in your career the game corrupts or something and you can’t play anymore, makes the game unplayable and ruins the experience because you know that the game will end with certainty and it isn’t your decision.
By Hugomcbo

My game keeps quitting automatically after playing just two seasons. That’s too bad as I can’t continue playing that game that I bought with my money.
By POPTAIWO

I’ve paid for the last five FM mobile games and this one is the only one with sever bugs and performance issues. On two separate saves the game constantly crashes and won’t go beyond September 2028. I’ve tested this with different league combos and the same thing happens. Hopefully there is a fix released soon because the game is not worth paying for if you can only play five full seasons.
By Kairinos

I hope you can explain why it takes more than 5 minutes to enter the game after inserting the avatar and team logo patches.
By laili8330198330

Best Version Yet but One Flaw…

Love this game but they need to fix the ability to scout Western Europe with Scouting Assignments… it’s annoying they only have Southern, Central, and Eastern without letting us get a chance to do quick assignments in Portugal/France/Spain. Other than that this version is downright addicting
By Big Dre Kush

Sonic The Hedgehog 4™ Episode I

The Revenge of Shinobi Classic

Sonic at the Olympic Games.