Sound Amplifier turns your phone into a hearing aid. Make your volume 100x louder and eliminate background noise while protecting your ears. Just connect your existing headphones. What you can do with Sound Amplifier • Easily listen to conversations with friends and loved ones • Use bluetooth headphones to listen to the TV and lectures • Discuss important, confidential topics with your doctor Our newest features • Amplification makes voices louder and crisper • Voice isolation eliminates background noise • Loudness protect protects your hearing Simple to Use • Connect your headphones and start amplifying with one tap • Everything is labeled and easy to read, no guessing at controls! Discrete and Practical • You can use your existing headphones to hear more clearly • Just rest your phone on the table near the person talking Some Extras • You can amplify the volume even with the app in the background • Fast and friendly support Terms of Service: https://www.mightyfine.app/sound-amplifier-terms Privacy Policy: https://www.mightyfine.app/sound-amplifier-privacy-policy 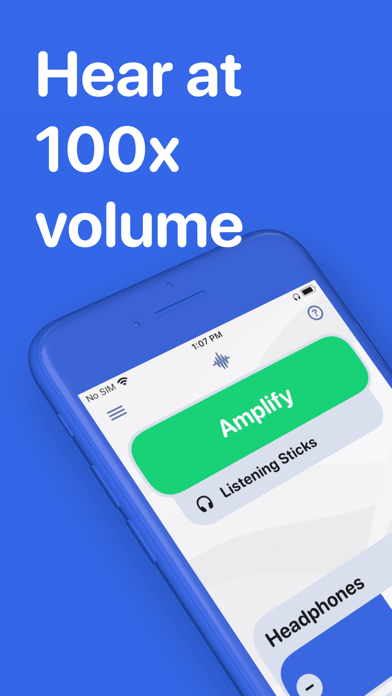 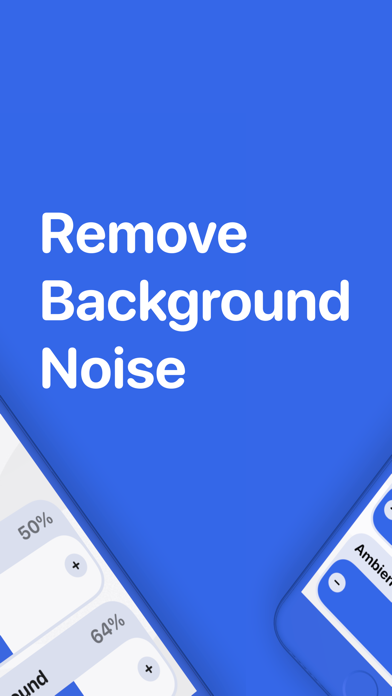 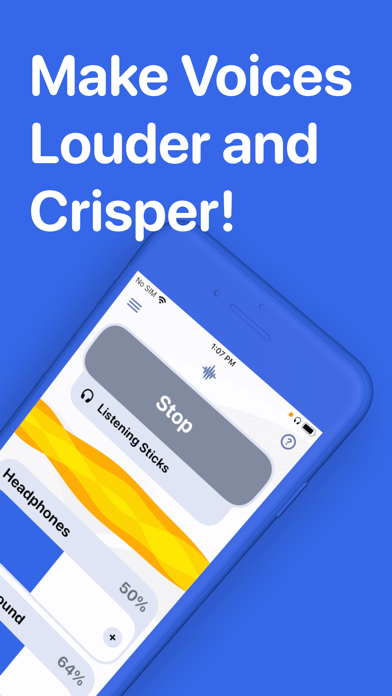 I downloaded this to give it a try. I had one earbud in and one out. Even with the volume at 100%, the woman speaking on the other side of the room was louder in my ear without the earbud than the one with it no matter where I placed my device. Also, after using it one time, it turns into nag-ware blocking usage with its subscription gui. You can’t get the 3-day free trial without turning over your payment information. Old school sleazy sales trick. Bye bye, uninstalling.
By MSTampaFL

I work construction and the last one I had it took a lot of abuse, I mean a lot more than it was intended for. It’s rare to own an electronic device that you can knock off a ladder countless times from 10 to an 8 down to a 6 and it never cracked the casing or damaged the speakers. Also One time I was building a deck 8 ft off ground and it came a storm and like always I let it set in the rain because it’s water proof ( I don’t think you can swim with it ) well direct rain or heavy moisture doesn’t bother it , but I was getting up my power tools and knocked it over with one of the cords getting tools up and it rolled off the print table and rolled right off the deck in to some flooding from the rain and floated all the way down the side off the house and end up in a pool rain water . At the moment I didn’t realize it rolled off the deck and floated away and after five six mins looking for it I found it on the side of house laying in water I was worried for first time it had of met its match and that was it . I pushed the power button and it lit right on up and worked perfectly. Several months later someone sole it . But it’s been a year being without it and I’ve missed it every since . I made a lick of money a small lick but today I bit the bullet and bought me a brand new spanking new one ,
By dcw1975

Of no use to me

Just what I needed

I can’t always hear the TV and don’t like subtitles, so this is wonderful
By jeff6362

Thank y’all so much

It’s all love
By Saylessdomore 585

Asks for 49 bucks before you can even test
By abcderfghijklmanop

Not usable for my needs

There is a fraction of a second delay between the original sound and the amplified output. When I try to use this to amplify television sound I could hear the TV itself and then either the amplified version as an echo. It was very distracting and unworkable for me. I can’t imagine that it would be usable in most situations where people would want to use it. By the way, this is with AirPods, and that may have contributed to the problem since the delay may be in the Bluetooth connection to the AirPods.
By pobox218