M.Duck is a roguelite gallery shooter about a duck that knows magic. Help Magic Duck fight his way up the mysterious tower that has been shining light on his pond each night and interrupting his sleep. Battle fearsome foes, discover new relics, uncover the secrets of the tower, and turn off that light once and for all! M.Duck combines roguelite features with gameplay inspired by classic gallery shooters to create a unique single-player experience. Features: - Battle over 40 different enemies and 8 unique bosses across 4 zones of the tower - Discover over 80 relics and 9 different weapons that promote a variety of different builds and playstyles - Waddle between offense and defense as you dodge attacks to find openings and blast enemies with your magic wand - Unlock additional lore, new relics, and even new game features as you fill out Magic Duck's field notes by climbing the tower and completing different challenges - Music composed by Calbert Warner 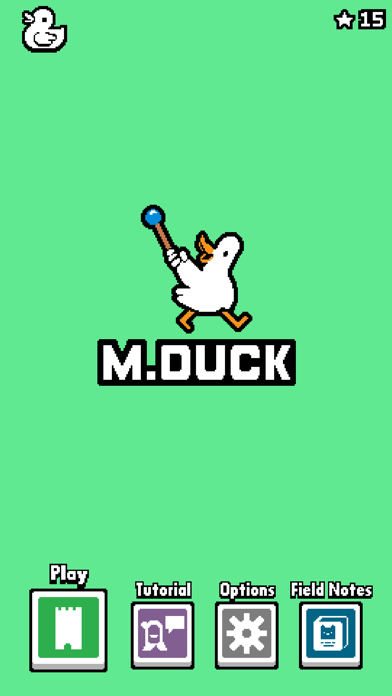 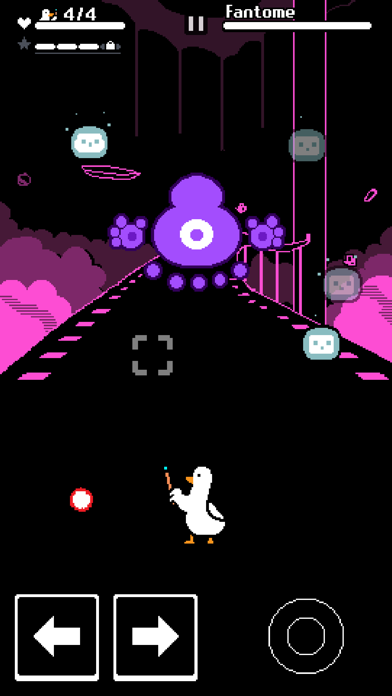 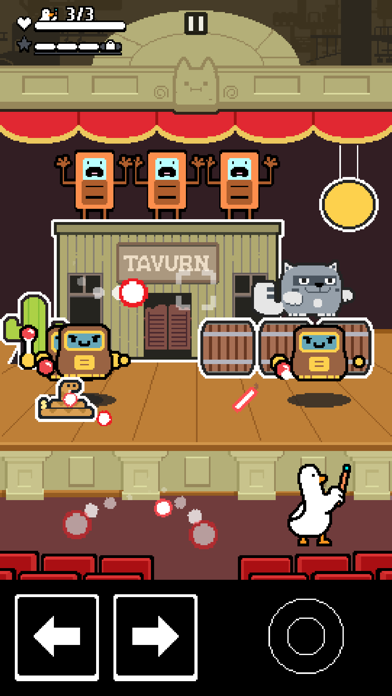 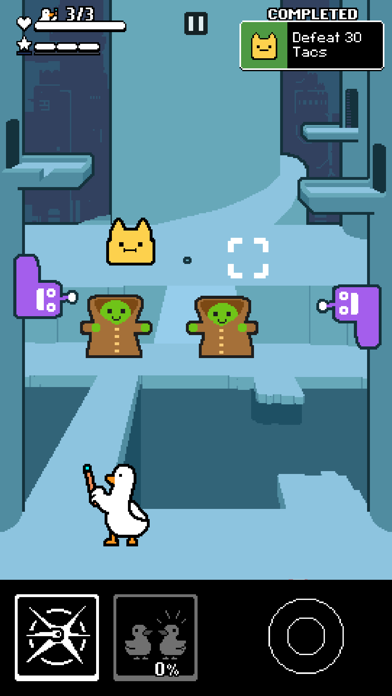 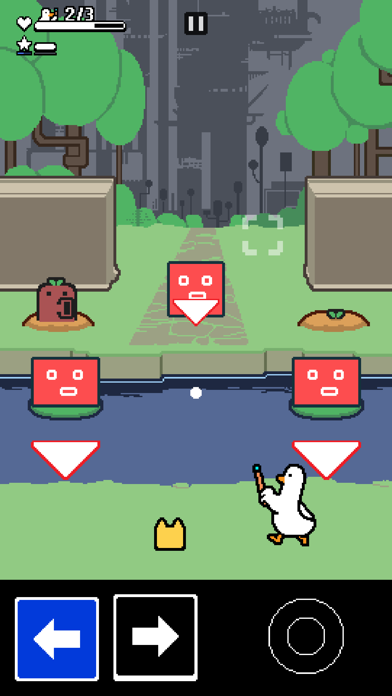 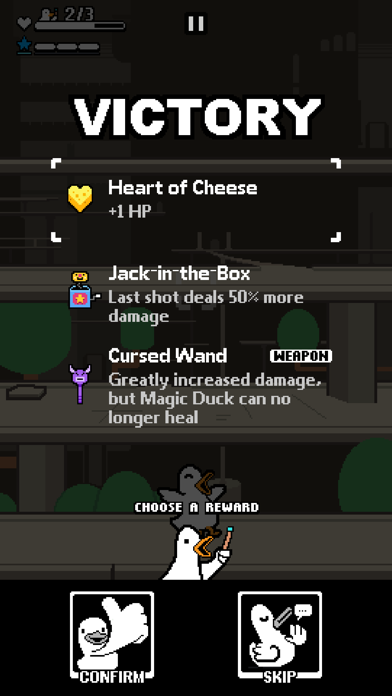 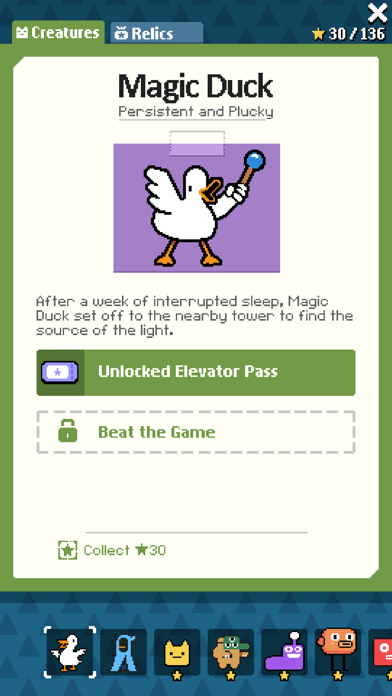 It’s as cute and polished as other reviews have said, but it would be so, so much easier to play and pleasant overall if there weren’t a gap between the left and right buttons. Over and over, I’d reach to tap either L or R and would land in the dead zone between both, and which has so far sapped some of charm out of the game for me. Looking forward to future updates! Edit: Not to brag, but I’m playing on my iPhone 12. Best of luck in all your endeavors!!
By Comarama

This is a really fun gallery shooting game that tests your timing skills. Each level has its own challenges but as you go through each one you get faster and better at anticipating movements. Plus the levels are randomized enough that not every play through is exactly the same. I also like that even when you complete the game, there are lots of other things to unlock and so you’ll want to replay it to see what else you can get. I sometimes give myself handicaps too to really test my skills. Def recommend and hope to see new levels in the future.
By verite98

A simple, cute, and enjoyable game that you can play for hours

As someone who has spent hours on this game and unlocked everything, I can honestly say that this game is one of the fun mobile games I’ve ever played. M. Duck incorporates basic roguelike elements with goofy character designs, old school shoot em’ up mechanics, and very creative boss fights to deliver a game with that is highly replayable, casual, and fun. The items provide players with various choices in customizing their build and playstyles to their liking. Although the game is not story-heavy, each item and enemy you fight has their bits of unlockable lore that slowly reveals the silly story of the game as you complete the achievements for each. The bosses and enemy fights get more creative and always add something new as you progress through each wave. If you enjoying a simple, casual, yet semi-challenging game with unlockable achievements that you’ll replay over and over again, I would highly recommend giving M.Duck a try. I hope to see more games of this sort from the developer in the near future.
By trebla1829

Just an hour or so in, and it’s amazing! like the title says, it’s as cute as it is addictive. There’s an 8-bit style / arcade-era nostalgia, with really creative touch screen mapping. The animations are adorable and gameplay is quirky yet compelling. GREAT game!!
By ReallyRob00

Not your typical mindless swipe or tap game, this game actually demands your attention. After you get used to the controls, it's hard to put down. And that duck is super cute...
By ndh!

It took me a while to get used to it, but once I did… it’s so addictive! Great game and look forward to more from this developer!
By Dgbabe88