Embark together on your fantasy adventure! Set hundreds of years in the future on the distant planet of Aida, the shared open-world MMORPG, anime-infused sci-fi adventure Tower of Fantasy from developer Hotta Studio and publisher Level Infinite, is now available on PC and mobile platforms globally. Players will be able to experience an anime-inspired post-apocalyptic sci-fi art style, freeform character development, and exciting combat through thrilling battles and exciting open-world exploration. In Tower of Fantasy, dwindling resources and a lack of energy have forced mankind to leave earth and migrate to Aida, a lush and habitable alien world. There, they observed the comet Mara and discovered an unknown but powerful energy called "Omnium" contained in it. They built the Omnium Tower to capture Mara, but due to the influence of Omnium radiation, a catastrophic disaster occurred on their new homeworld. Immersive Open-World Experience a vast alien world full of beautiful open vistas and imposing futuristic structures. Unique Characters Wield the unique weapons of each character that grant different gameplay styles as you explore their compelling backstories. Grow and Explore Together Party up with friends online and take on new adventures in the shared open world. Epic Combat Engage in epic battles against enemies of all shapes and sizes as you switch weapons and gameplay styles on the fly to unlock your own personal fighting style. Explore and Interact Explore and interact with a vibrant living world as you discover your own journey through it. To learn more about Tower of Fantasy, go to https://toweroffantasy-global.com or check out our other official channels: Facebook: https://www.facebook.com/Tower.of.Fantasy.Official Instagram: https://www.instagram.com/@toweroffantasy_official Twitter: https://twitter.com/ToF_EN_Official YouTube: https://www.youtube.com/channel/UC1NbDLZjc41RQk-pV94mu_A/about Discord: https://discord.gg/eDgkQJ4aYe 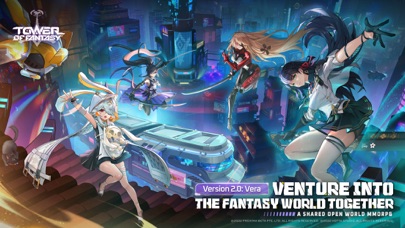 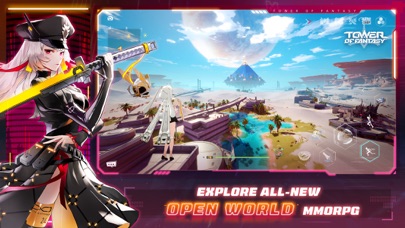 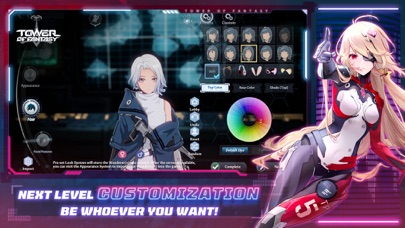 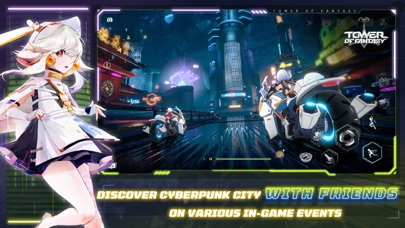 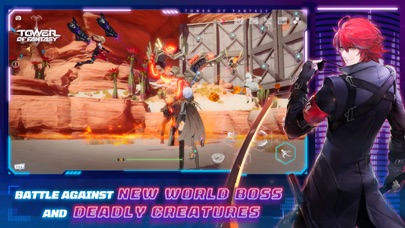 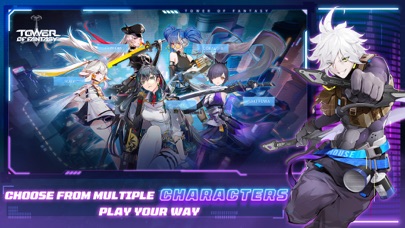 I open up the game, get to the loading screen, and once it gets to 80 percent it exit’s itself out. I’ve done what I could but I still can’t play
By Kay20242025

I just wish for one thing

I really love this game so much that I would be playing right now if I could use my phone data since I don’t have access to my house wifi bcs of family reasons and my only wish was that I wish that this game would work with phone data as well but the only way anyone can play this game is with wifi access. I think if phone data would be allowed to play on this game then I think more people with the same problem as me would give a try on this game. Other than that I really enjoyed playing the game when I was in the hotel which I can have access to the wifi and play. It’s one my fav games so far
By kpop124.

Can’t even play the game

The graphics are good it looks like but one problem, I can’t even get to the gameplay because apparently I don’t have enough storage for a update when I do, please fix this so I can play the game.
By ....123abc password

Can’t get past tutorial

Game won’t load after tutorial cut scene, I’ve created 5 different characters and every time it gets to the cut scene and says target acquired, it loads 100% then brings me back to the server selection screen
By 2NiceAku

Can’t even play the game

I keep getting a message that says disconnected from server. I read the log to make sure there was no maintenance and it said the last round of maintenance had ended a day previously. I look online and it says it may be a server issues so I switched between two other servers, I had to replay the opening cutscene 3 times and none of those things help. It looked like such a promising game and sad that these tech issues had to drive me and probably a bunch of new players away
By trashbabymitch

Okay, the game itself is great, but developers, HOW IS IT YOU HAVEN’T FIXED THE CONNECTION ISSUES WHRN PEOPLE ARE USING CELLPHONE DATA?! This SHOULD BE PRIORITY #1, to make sure people can play your game from ANYWHERE. Until this is fixed, 1 star.
By strikezcoal

The latest update booted me out of my account and I’ve lost all my progress. Insaneeeee. It won’t let me login and then when it did it’s making me start over.
By Ecorona88