You can easily find out the direction of blessing when eating ehomaki. Eat ehomaki with cute characters and bring good luck! With this app, you can find out the exact direction when you eat ehomaki or seafood ehomaki. The app uses the compass on your smartphone, so anyone can easily find the correct direction to eat the ehomaki. Let's eat Ehomaki and bring in good fortune! What is Ehomaki? Ehomaki is a sushi roll that is supposed to be eaten in silence while facing the direction of one's favor during Setsubun. The custom is said to have originated in Osaka, the commercial capital of Japan, but there are still many unanswered questions about its origin. According to one theory, it is said to have been conceived by a seaweed trader in Osaka to promote sales. At present, the event is held on the night of Setsubun (not necessarily at night, but at Osaka Temmangu Shrine, where it is distributed free of charge and has been held for about 40 years except for 2021, when it is sponsored by the Osaka Nori Cooperative). If you can finish the bite without saying a word, your wish will come true. Some people say "eat with your eyes closed" or "eat while laughing". In recent years, however, seafood rolls, children's character rolls, whirlpool rolls, and other expensive rolls have become available, and the market has expanded endlessly. Since there are no specific rules, some people eat "half-cut" or "medium thin rolls" or "temakizushi", which are smaller in quantity and easier to eat. It originated in the Kansai region, and is accompanied by a legend that seems to be an afterthought, that it does not cut off the edge (circle). The word "marukaburi," an expression from the Kinki region, suggests that it was not originally a wish for business prosperity and family safety. In folklore, it is sometimes treated as a research topic on folklorism. The name "ehomaki" was coined in 1989 by Shizuma Noda, an employee of the Seven-Eleven Funairi store (Naka-ku, Hiroshima City), who heard that there was a custom in Osaka to eat sushi rolls on Setsubun. In 1998, Aeon began a nationwide promotion and corner construction of "Aeon's Ehomaki," which spread rapidly in the 2000s and beyond. There is no documented evidence that it was called "ehomaki" before that. It is also called "lucky roll sushi," "eho sushi," or "good luck roll. In Osaka, the seaweed traders introduced the marukaburi to their customers in order to sell hinane, but only a few sushi restaurants did so. However, Sushi Dojo, a sushi restaurant for the masses in Akashi, introduced the event to Daiei in the 1970s, and it became an event of Setsubun in Kansai. In the 1970s, Sushi Dojo, a sushi restaurant in Akashi for the masses, introduced it to Daiei, which had opened a sushi restaurant there, and it became an event of Setsubun in Kansai. This is the first time I've seen such a thing. 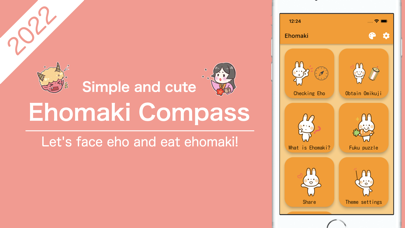 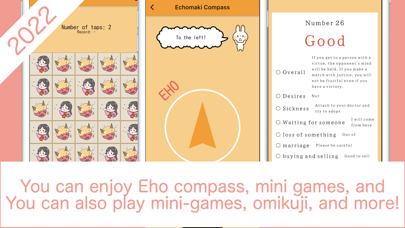