Set off on a movie adventure! Be the heroes, work together, defeat wild beasts and the evil Van Pelt, save the day and win! Discover the ultimate Jumanji game with two movie experiences ready to play. Jumanji’s mysteries and many dangers await! "The threats are digital but the pressure is real!” - Pocket Gamer The Latest Official Expansion, based on the 2017 movie JUMANJI: Welcome to the Jungle Expansion • A game for four players; play as Smolder Bravestone, Mouse Finbar, Shelly Oberon and Ruby Roundhouse. • Make your way through the jungle together to reach the Jaguar Statue and restore the Jewel of Jumanji. • Keep everyone in the game, with a shared bank of up to 10 “lives”. • Build your deck and defeat iconic movie creatures, including hippos, rhinos and jaguars! • Gather your friends together to defeat the jungle in Online Multiplayer Mode. If you have fewer than four players, AI characters will make up the numbers. You can also join a complete AI team in Single Player Mode. The Official Board Game from the 1995 Jumanji Movie JUMANJI: The Curse Returns • A game for four players, play as Alan, Sarah, Judy and Peter - or two original characters: Coach Holly and Lucas Garcia. • Choose your magical Jumanji Token: Elephant, Rhino, Crocodile or Monkey. • Roll the dice and solve the riddles as they appear in the board’s central glowing green gem. • Stand together and face the powerful creatures and carnivorous plants sent from the Jumanji jungle to take over the town! Enhance Your Skills Not every turn leads to an encounter. Collect jewels to enhance your abilities. Talk to your team and make sure everyone’s equipped with different skills, because you never know what’s around the corner! Share the magic and watch your team improve! Build Your Deck Earn gold coins during every encounter and spend them on new cards for your deck. You’ll get better, stronger and faster as Jumanji increases the pressure. Make your choices and meet the jungle head on. Can you defeat Jumanji? Gather your team now and find out! 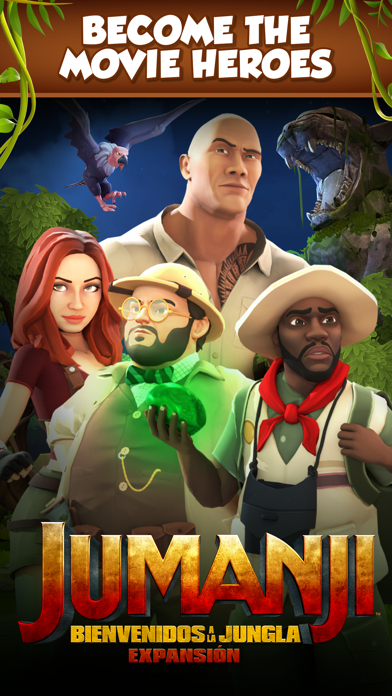 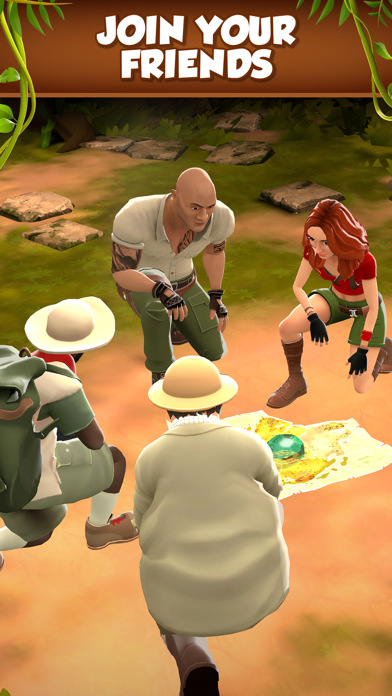 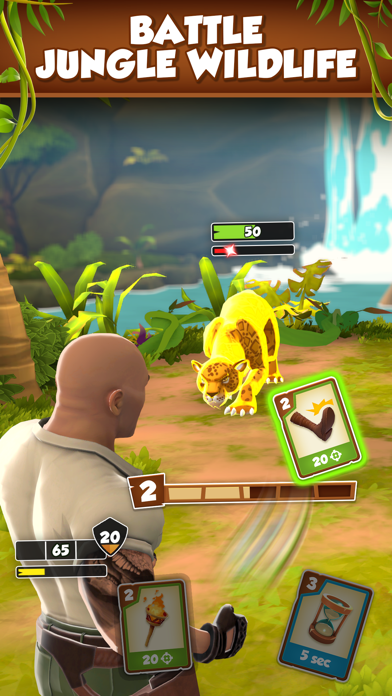 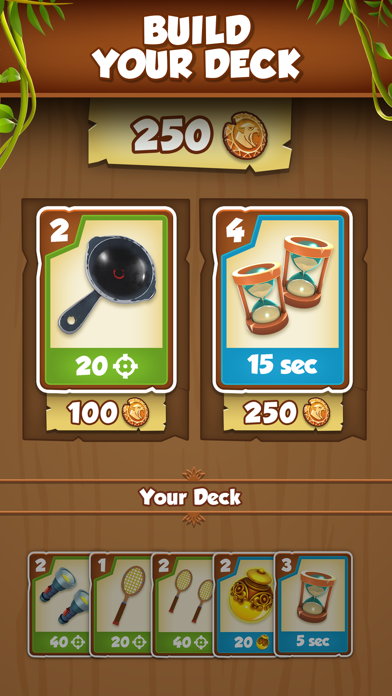 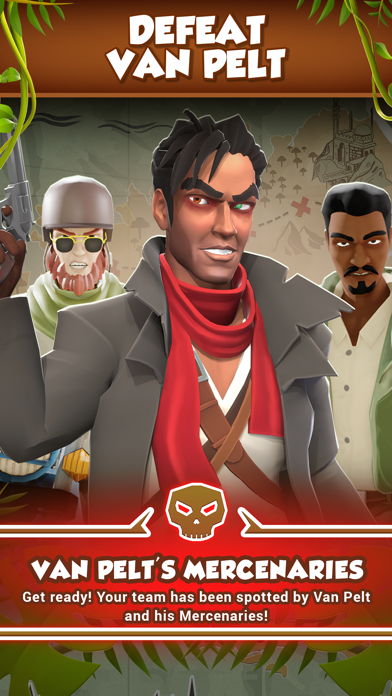 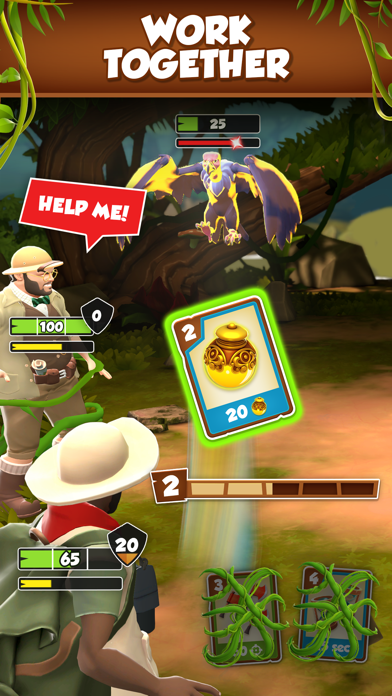 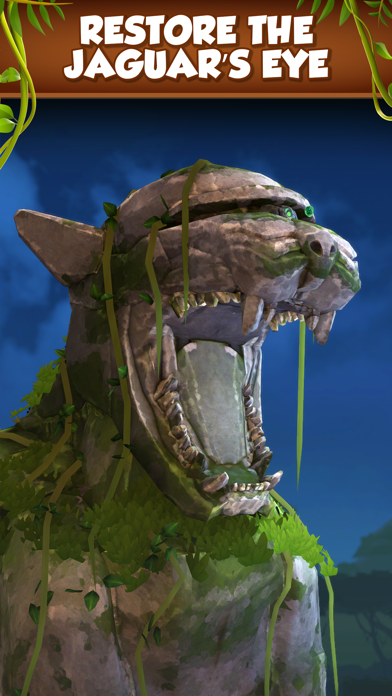 I love this game I’m 31 and I’m obsessed and the makeover with the gameplay breathed new life into it! I’m not the least bit ashamed to say I bought everything gin the store within the first week of having this game and I can not wait to see all that I bought with the season pass
By MamaGrazi2021

The latest updates, entirely overhauling the core mechanics from “dice” to cards, is exactly what this game has been missing: a real sense of gameplay. Animations move along at a good pace, and since the last time I dropped in the characters have been given more expressive faces & features — dead-eyed no more, as at launch. This version I could actually see playing well on PC/console, so I’m really glad the game has improved enough that I would actually recommend it to my friends now! 👏🏻
By S. Gresham

Been waiting for this game since ever
By Highlander26

The multiplayer aspect is great but the game Is just you and your team constantly fighting the animals . They need to add some puzzle solving aspects to the game.
By beardedluk

I do love this game but … there is issues

Like I said in the title there is a few issues don’t get me wrong I do love this game but there are some issues number one the riddles. I love how you try to implement the riddles into the actual game but mine seems to be like either extremely glitchy or you are just really stupid because the riddles instead of appearing as actual words appear as thick pink glitchy blocks I’d like you to think about that my second issue is that you shouldn’t be forced to do single player first I think you should have freedom to do whatever you want first and that’s my review other than that it’s really good
By The Jumanji Guy

Awesome Tribute to the Movies!

If you enjoy the movies, especially the first one, then you will enjoy this game. It is similar to the physical board game (released back when the first movie was made) except for the mini games (that I can remember anyways). The mini games are basically the same, wish there was a bit more variety for those portions. I’m addition, some of the threats that appear can be seen more then once, such as the monkeys etc; I feel like the threats should only be made once per game as it would give a more nod to the movie but not a deal breaker. You can choose between single player, multiplayer, or online; all of which is an awesome addition especially when you live far apart from family and friends. Overall I completely recommend this game and for the price you can’t beat it!
By Wolfire25

It’s kinda fun at first, but it gets very repetitive very quickly. All of the mini-games are essentially identical. The DLC might help, but at nearly $30 I’m not going to find that out. Still, it looks good and little kids might be diverted for awhile.
By jkeitz