GODDESS OF VICTORY: NIKKE is an immersive sci-fi RPG shooter game, where you recruit and command various maidens to form a beautiful anime girl squad that specializes in wielding guns and other unique sci-fi weapons. Command and collect girls that have unique combat specialties to create your ultimate team! Experience next-level shooting action with simple yet intuitive controls while enjoying dynamic battle effects. Humanity lies in ruins. The Rapture invasion came without warning. It was both ruthless and overwhelming. The reason: unknown. No room for negotiations. In what seemed like an instant, the earth was turned into a sea of fire. Countless humans were hunted down and slaughtered without mercy. None of mankind's modern technology stood a chance against this colossal invasion. There was nothing that could be done. The humans were laid to waste. Those that managed to survive found one thing that gave them the smallest glimmer of hope: the humanoid weapons. However, once developed, these new weapons were far from the miracle everyone needed. Instead of turning the tide, they only managed to make a minor dent. It was a complete and utter defeat. Humans lost their homeland to the Rapture and were forced to live deep underground. Decades later, a group of girls awakens in the Ark, mankind's new home. They are the result of the collective technological knowledge pooled together by all the humans driven underground. The girls board an elevator to the surface. It has not been operated for decades. Humanity prays. May the girls be their swords. May they become the blade that enacts revenge for humanity. Born out of mankind's desperation, the girls head to the world above, carrying the hopes and dreams of the human race on their shoulders. They are code-named Nikke, a name derived from the Greek Goddess of Victory, Nike. Mankind's last hope for victory. ▶ Stand-out Characters with Distinctive Personalities Alluring and extraordinary Nikkes. Watch as character illustrations jump off the page and straight into battle. Play now! ▶ Featuring vivid, high-quality illustrations. Advanced animation and animated illustration with cutting-edge technology, including the latest physics engine and plot-based auto motion-sensing controls. Witness characters and images, unlike anything you’ve seen before. ▶ Experience The First-hand Unique Tactics Use a variety of character weapons and Burst Skills to take down the overwhelming invaders. Feel the thrill of a brand-new innovative battle system. ▶ A Sweeping In-Game World and Plot Play your way through a post-apocalyptic tale with a story that offers both thrills and chills. 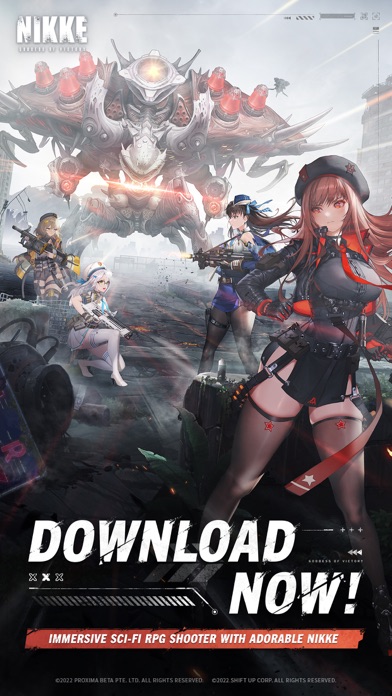 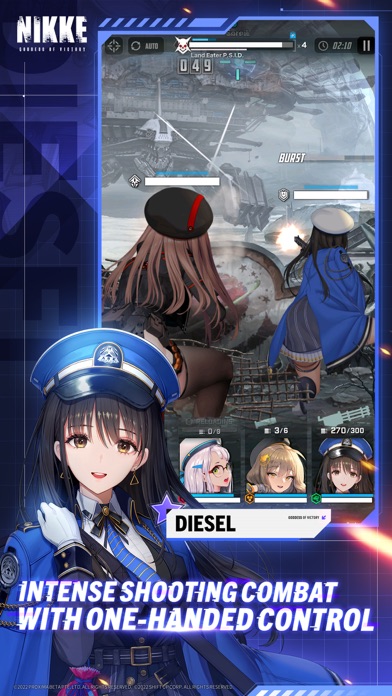 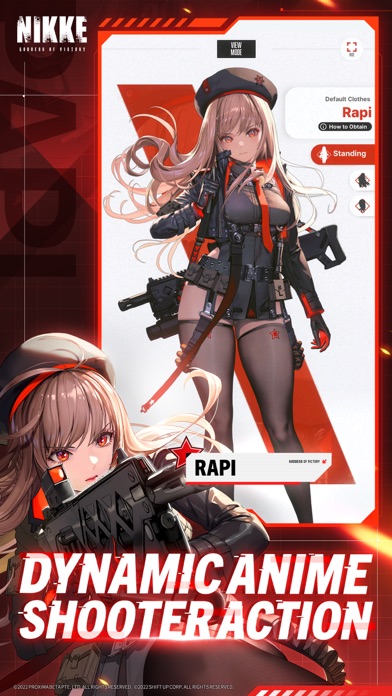 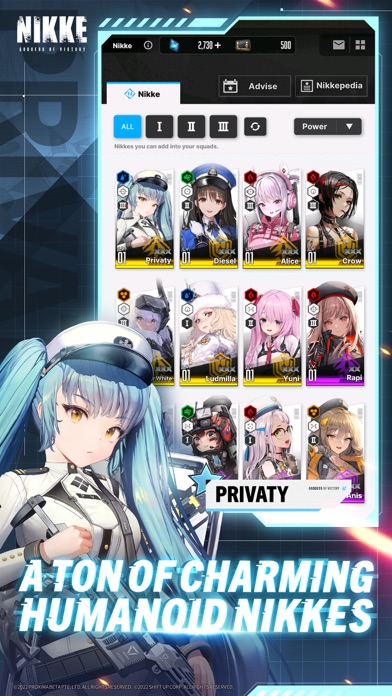 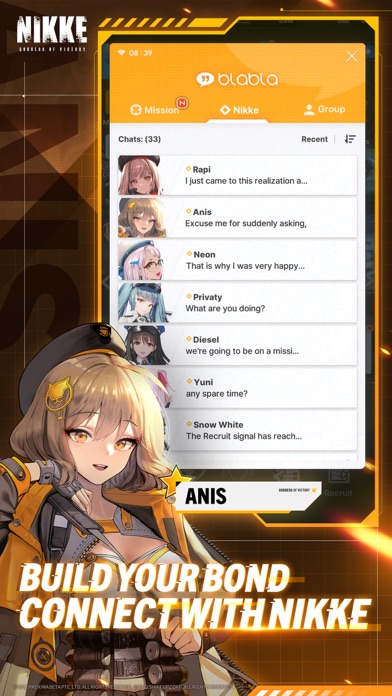 A lot of booba and booty

Even more booba and booty
By Amyelyse_amy

The game has very solid game play,very likable characters, and great game design. My issues is with the crashing The crashing issue has gotten worse as the game will crash when you recruit. so any gems and tickets you used for recruitment/summons will be consumed and get nothing in return. So let’s say a player it spends money on the game. He buys a single 10 pull worth of gems, he then goes to recruit but his game crashes. He signs back into his account only to find out he received nothing and his gems are gone. We need compensation
By idont wannasay

The chance of getting SSR def dropped after release. Just rolled 100 times (10x10) and got no SSR. With 4% chance per roll, that makes it 1.7% of not pulling any. Not just today, has seen less SSRs in past couple weeks. They had dice “bug” where you can’t roll 6. Who says they have other “bugs” that lowers your chances.
By fredsxcvy

I’ve played as much as I can of this game as I could up to the point where I noticed how pointless the Gacha system becomes. Rates are so bad that you are better off using the Nikkes they give you. This is because levels are locked behind Ranks. Simply put, you don’t pull a dupe, the Nikke becomes useless. You are in fact more likely to pull a new SSR Nikke than one you already have which is good for people who play to collect, but god awful for people who are F2P that genuinely want to progress. It’s painful to say all of this because the gameplay and much of the story is very good. The threshold in which you start to realize this is around Level 50 which is maybe 3-4 weeks depending on how long you play everyday. By then you might have pulled roughily 20 full 10 pulls. Unfortunately if I continue playing the game any longer my rating will continue to fall as I’ve never had such bad rates in any of the hundreds of gachas I still play. So if you are looking for a good gacha don’t look for it here. If you are looking for something new, try it out. It’s a good game, but a terrible gacha.
By AdvocateAdvent

This game is missing a pity system from reaching a 5 star. It is super rare to get SSR and the likelihood of getting one is rather slim. Having a pity system to have the chances ramp up each pull will likely solve the problem
By Draqio

Game freezes and restarts a lot. Mostly happens when doing the recruit and unable to recover the lost gems and no successful recruit.
By iciesky

The game is fun enough. I’ve definitely spent the most time playing it compared to others in the same genre. The combat and story are pretty unique and interesting. The problems on the other hand are pretty substantial though. Crashes around every turn. Friends lists always full. Big difficulty spikes. The worst of all is the rates of getting characters. I haven’t drawn a SSR in multiple x10 pulls. It’s so disheartening! I’m hopeful for the future of the game as long as something is done about these glaring issues.
By Tally815

It’s fun but crashes a lot

What is wrong with this gacha rates in November?

So i keep seeing many many people summoning over 100 pulls and getting 0 ssr so i also tried mine 100 pull of saved gems from last month then really got 0 ssr.
By wgdgdgdg