Craft your perfect defense from a combination of awesome Monkey Towers, upgrades, Heroes, and activated abilities, then pop every last invading Bloon! Start enjoying the massive and ever-expanding features that deliver endless hours of the best strategy gaming available. HUGE CONTENT UPDATES * Family play with 4-Player co-op! With Game Center multiplayer enabled, play every map and mode with up to 3 other players * Boss Events! Fearsome Boss Bloons will challenge even the strongest defenses – fight them solo or with up to 3 other players * Odysseys! Battle through a series of 3 to 5 maps connected by their theme, rules, and rewards! * Trophy Store! Earn Trophies to unlock dozens of cosmetic items that let you customize your monkeys, Bloons, animations, music, and much more! * Content Browser! With Game Center multiplayer enabled, create your own Challenges and Odysseys and play the most liked community content! EPIC MONKEY TOWERS & HEROES * 22 powerful Monkey Towers, each with 3 upgrade paths and unique activated abilities * Paragons! Explore the incredible power of the new Paragon upgrades, especially against Boss Bloons! * 13 diverse Heroes with 20 signature upgrades and 2 special abilities, plus unlockable skins and voiceovers ENDLESS AWESOMENESS * Play anywhere - single player offline works even when your wifi doesn't! * 57 hand crafted maps make every game a different tactical challenge * Monkey Knowledge! Over 100 meta-upgrades add power where you need it to tackle difficult maps and higher freeplay rounds * Powers and Insta Monkeys! Earned through gameplay, events, and achievements, these are fun to collect and boost your popping power when you need it! And there's heaps more! We pack as much content and polish into each update as possible, and we'll continue to add new features, content, and challenges in regular updates. We truly respect your time and support, and we hope Bloons TD 6+ will be the best strategy game you've ever played. Now those Bloons aren't going to pop themselves... sharpen your darts and go play Bloons TD 6+! 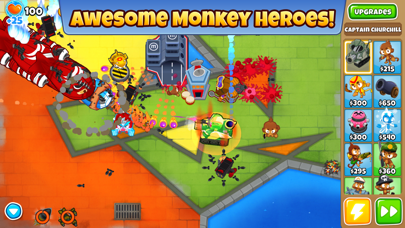 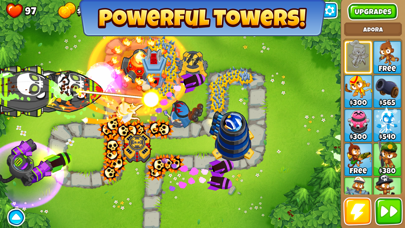 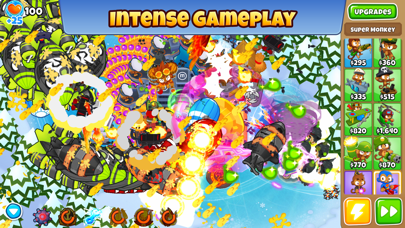 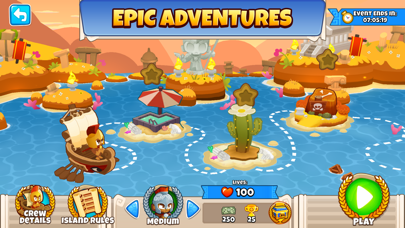 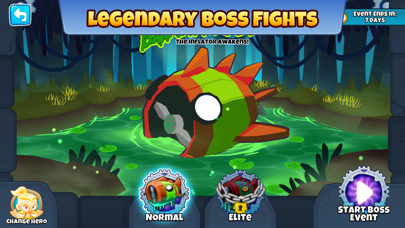 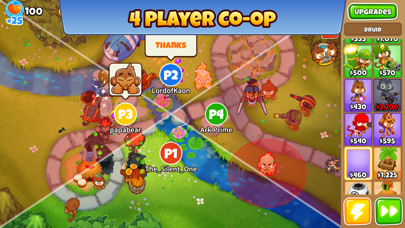 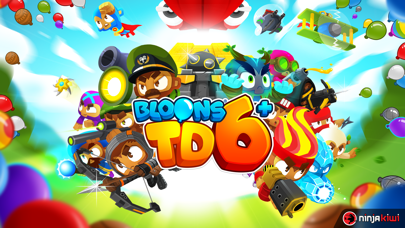