Charging animation will make your iPhone wonderful and unique! Plug in the charger or place the phone to the wireless charging panel, the fantastic charging animation will automatically start to work, from now on bid farewell to the boring screen. The changing current and increasing numbers will indicate that your phone’s battery is increasing. More special and entertaining animations are waiting for you to discover. Key Features: - Convenient and smooth setting experience. - Animation category include Hot, Fashion, Fun, Anime. - Lively and colorful animation shows the charging percentage. - Constantly updated high-quality effects. TRY IT NOW, you will never regret. Subscription: – You can subscribe for unlimited access to unlock vip charging show, remove all ads. – Payment will be charged to iTunes Account at confirmation of purchase – Subscription automatically renews unless auto-renew is turned off at least 24-hours before the end of the current period – Account will be charged for renewal within 24-hours prior to the end of the current period, and identify the cost of the renewal – Subscriptions may be managed by the user and auto-renewal may be turned off by going to the user's Account Settings after purchase – Any unused portion of a free trial period, if offered, will be forfeited when the user purchases a subscription to that publication, where applicable purchases a subscription to that content. Privacy Policy: http://www.yangfengsheng.com Terms of Use: http://www.yangfengsheng.com/tos/ 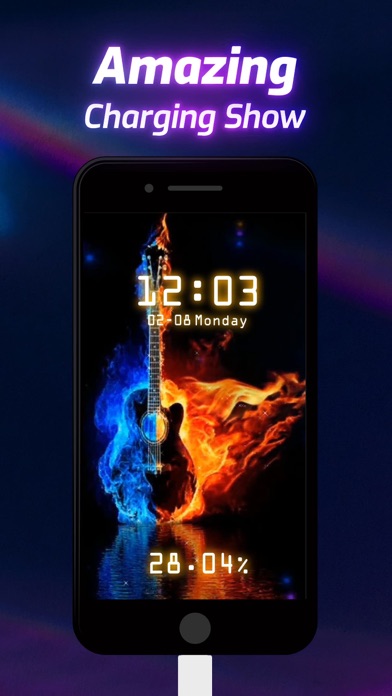 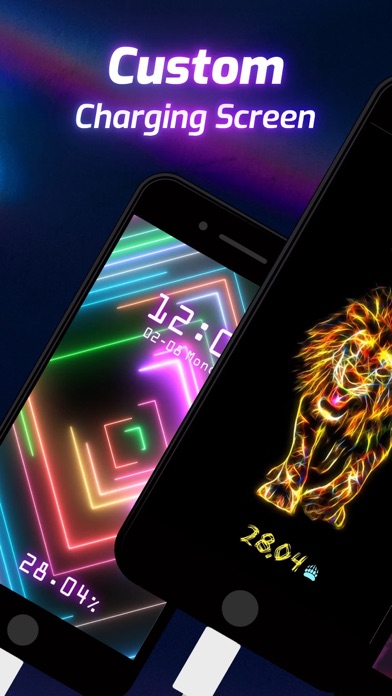 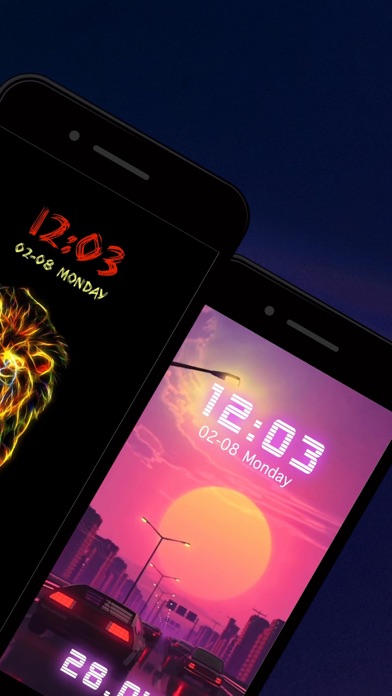 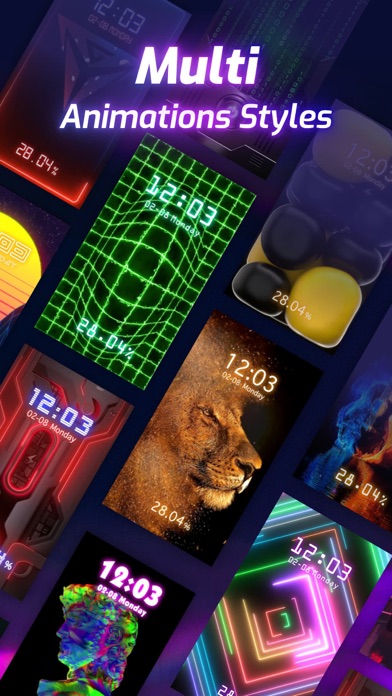 This app made me mad

This app made me furious. Why would you make an ad saying you can change your charging screen to animated screen. So we download it thinking it’s free .NO. You want us to give you money for this trash app you and the other developers need to fix the app ASAP
By 👁👄👁 FeliCa

I need to pay just to get in! This game is so bad Not even a one star. But I need to rate. I am not wasting my money just to see some show for charging.
By antony😎😅🥰

Okay I got this app from an advertisement on TikTok so I thought I’d try it out, so I downloaded it and first thing that came up was “pro unlock all access.” So I thought it was nothing and ignored it so I moved on then I went on anime and figured out all of them have the Pro for Charging Show so I got really mad y’all need to make this free not everyone can afford it you are just trying to get more money and be rich I can’t believe how many people bought a stupid premium for a charging show.
By Kylie:)"

Hi…I know you might have read these reviews but umm… The fact is the adds and everything seems free but when you download you have to pay so instead you should make this app free and maybe every time when someone logs in the app it will give you immediately money No not like paying I think you should try to figure out how to do that but nothing with money I’m just giving you Ideas so All the reviews I read all of them were about money so At first I didn’t want to download because I wanted to see if people give good reviews or if this app is good but mostly there was 2 stars or one mostly and Like I said could you make it free or if you want money make the app so every time someone logs on or gets on the app you get instant money like really quickly you don’t have to do anything it’s just people get on the app equals get instant money quicker money I’m really bad at explaining but I hope this Idea helps :> I’m sorry if this feels rude and if all the other reviews are a bit rude I hope you have a nice day/night/or afternoon:) byee
By ItsAkumu :> :] :D

I love this app soooo much!😝😍(I am a boy)
By Master gamier

iykyk : It is so bad… i want to give you a 0… but that’s not possible. So i give you a 1. i’m sure you’ve seen the other reviews and by now you know not to download this but i’m here to let you know it gets worse. first of all 8.99 per week is literally insane and only something Jeff Bezos would do, but even he can’t be an idiot or well he wouldn’t be the richest person on earth but anyways, don’t get this. It honesty makes me cackle 💀 i mean there’s a “pro” version when you already have to pay to even get any wallpapers so that’s honestly embarrassing.. app store just go ahead and remove this hot mess. if you buy it i bet it’ll just be a scam or a knock off and a joke. it’s dumb. don’t get it 😂
By dxlyen

It doesn’t even work. I tried and it wouldn’t allow me to use charging show. Please don’t download this and it’s probably because I’m using IOS 15
By Spookstubshistoe