Lose weight and gain muscle with no equipment. Follow the professional guide and customized plan. Let’s go with JustFit. JustFit is a scientifically designed virtual coach who will definitely help you. It is high time for you to start your training. JustFit has got everything ready. Workout plans, a huge library of exercises from top to bottom, JustFit even can give you personalized recommendations regarding your requirements. Whether you want to target your training on problem areas or lose weight or gain muscle weight. JustFit will also strictly track your daily progress. It is high time to get what you want. The road to the top is here, let's go. Let's do it. Change yourself by working out anytime and anywhere with JustFit. • Workouts at home at any time. We've got you covered with a variety of exercise sets for at-home sessions, with zero equipment. • Tailor-made approach to weight loss and weight gain. We analyze your profile preferences and lifestyle to help you achieve your goal faster. • Varied workouts adapted to your needs. We provide a wide range of workout exercises, you can find everything you like and start training anytime. Features： • Workout Coach: personalized workout plan to help you get in shape faster • From top to bottom: wide range of fitness and workout exercises to cover your personal needs • Target Training: focus on problem areas adapted to your needs • Daily Progress Tracker: track your everyday progress to meet your goal Apple Health: Apple Health integration to track calories burned by steps. Subscription Information : JustFit offers an auto-renewing subscription at $69.99/year to provide you with unlimited access to the VIP features. Your payment will be charged to your iTunes Account as soon as you confirm your purchase. You can manage your subscriptions and turn off auto-renewal from your Account Settings after the purchase. Your subscription will renew automatically unless you turn off auto-renew at least 24 hours before the end of the current period. The cost of renewal will be charged to your account in the 24 hours prior to the end of the current period. When canceling a subscription, your subscription will stay active until the end of the period. Auto-renewal will be disabled, but the current subscription will not be refunded. Any unused portion of a free trial period, if offered, will be forfeited when purchasing a subscription. Note: This app is developed for informational purposes only. You must always consult your physician or doctor before starting any fitness program. Results can vary. Terms of Use: http://www.enerjoy.life/justfit-ios/TermsofService.html Privacy policy: http://www.enerjoy.life/justfit-ios/PrivacyPolicy.html If you have any questions or suggestions, email us at: contact.justfit@enerjoy.life 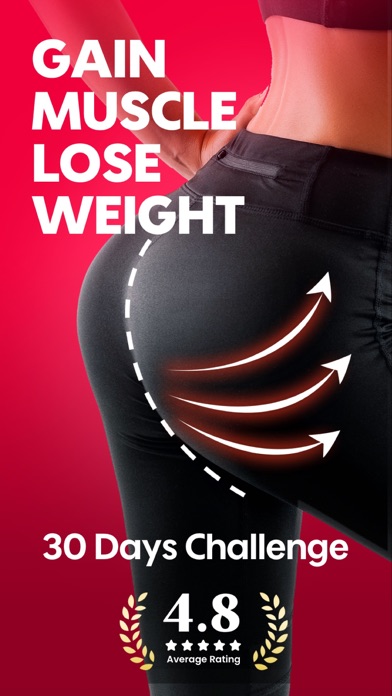 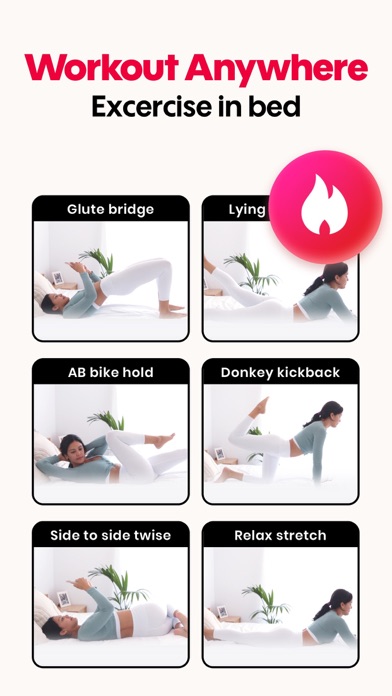 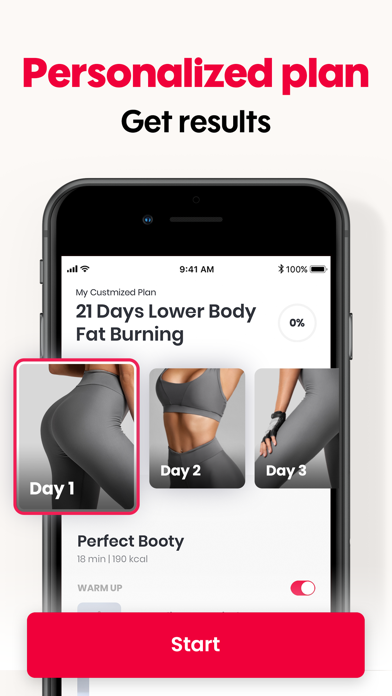 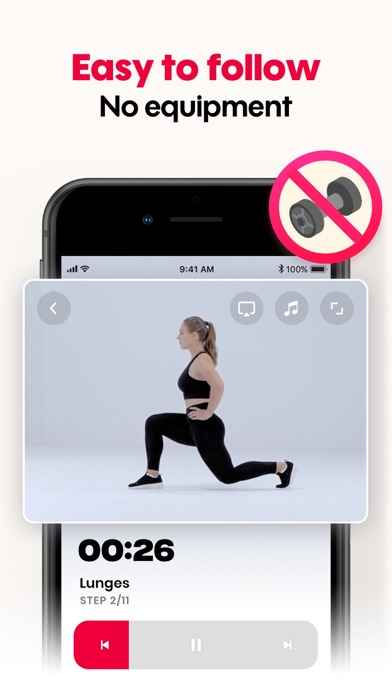 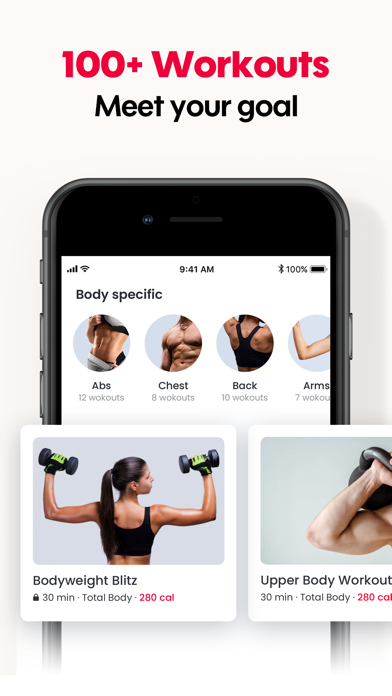 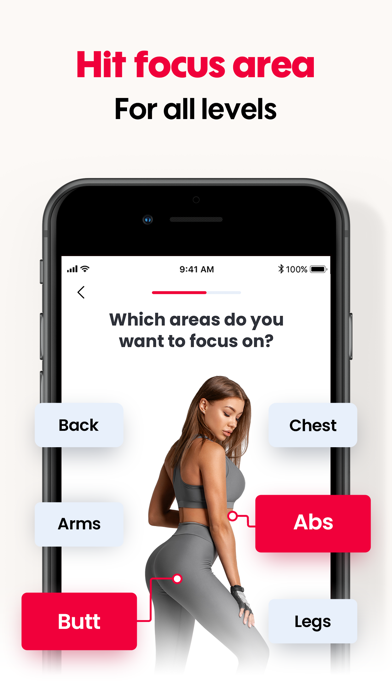 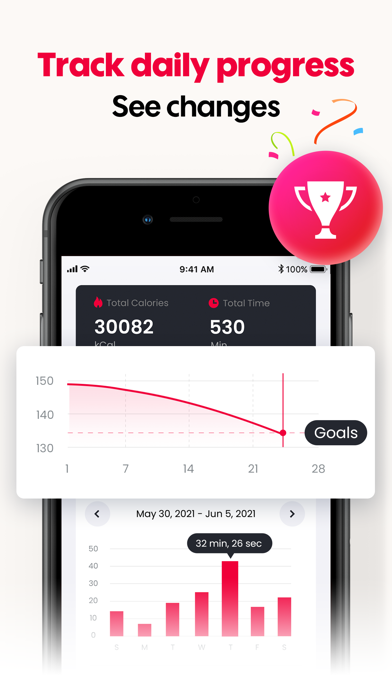 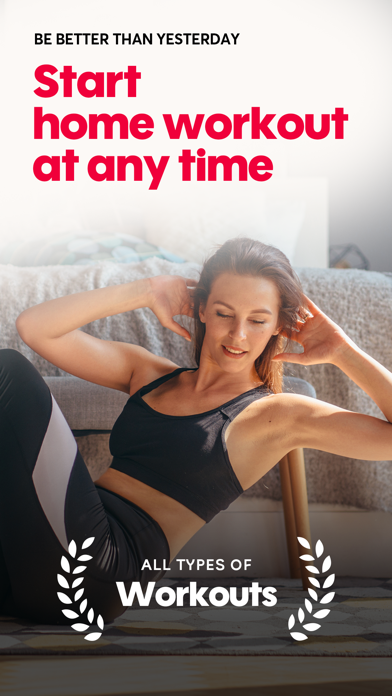 Tried the trial but they charged me $30

I tried to start with a 7 day trial but then it charged me $30 as soon as I opted for it. I emailed them TWICE asking for a refund and didn’t even open to app even though I paid, because I needed that refund. No response at all. If this isn’t a scam, then I don’t know what is.
By Aggybum89

I thought this app seemed really promising and I was excited to download it and try it out. It said there was a 7 day free trial, but I was charged immediately for an amount that wasn’t even the subscription option I selected! I wish I had read more reviews before downloading as this seems to be a common practice.
By ReadsMJ

Nothing free here or free trial period. Takes all your information and then does not start the workout. Start workout will bring you to the pay for the entire year screen. From there, you cannot do anything. DO NOT waste your time with this app!
By Danreview3258

I said I did not want to jump, but the exercise has jumping.
By Maria Lovelace

No 7 day trial! I was charged immediately and had no response to my email I sent immediately to cancel! My emails have been ignored! No way to communicate with them once they have a card to charge!!!
By kimbers1988

I have tried emailing the address they have provided 3times and am getting no response back about cancelling service. This was false advertising saying it was free on the advertisement!!!
By sleeyoder

I’m 70 & have had a spinal fusion & rotator cuff surgery. I was skeptical about whether I’d be able to do some of the exercises but I was pleasantly surprised to find I could do them.
By GizzyRose

It said I had seven days to try out the app without being charged, and they charged me immediately. Also I specifically told the app that I can’t do jumping and the very first exercise it assigned me was jumping jacks. Very annoying!
By Mindarella14

I thought it was free but it is not. Very disappointed.
By beachessue