Experience the T-Mobile Home Run Derby like never before! MLB AR brought to you by T-Mobile is a new augmented reality app that provides you with a whole new way to experience one of the highlights of the summer: the T-Mobile Home Run Derby! See every homer visualized in AR in this first-of-its-kind simulation. Experience every thrilling dinger from your living room! KEY FEATURES: AVAILABLE TODAY: View the incredible 2019 Home Run Derby from an all new perspective! For the first time, the complete 2019 Home Run Derby can be viewed in AR. THE BALLPARK IS IN YOUR HANDS: using the AR mode, place the host-site of the Home Run Derby on your table for a birds-eye view of the contest. GOING, GOING, GONE: Track every crushed homer with 3D visualized ball trails that show you unprecedented angles of each home run hit. EXPLORE THE STATCAST DATA: Dive deep into the stats, with metrics like exit velocity, apex, launch angle and more available for every home run. ENTER FOR A CHANCE TO WIN: Enter a sweepstakes for amazing prizes, including 2021 WORLD SERIES TICKETS! Experience the T-Mobile 2021 MLB Home Run Derby in AR. Download MLB AR today. ™/© 2022 MLB. All rights reserved. 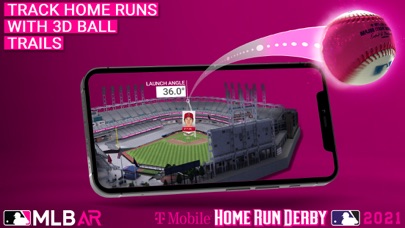 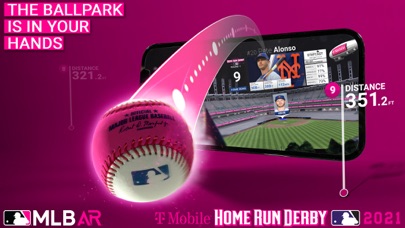 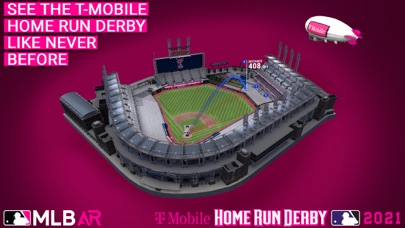 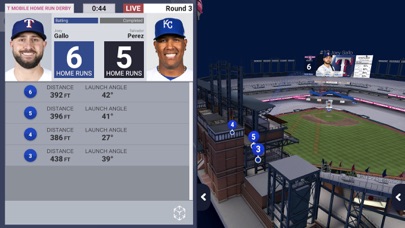 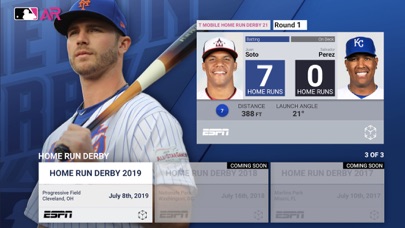 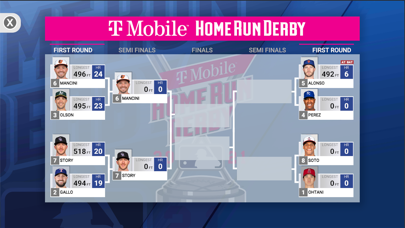 The app will not stay opened
By Liskm200

I was excited to see it update the morning of the derby but since then is has failed to do anything beside shut down after the instructions. Even reloaded and restarted pre-derby. I can’t imagine why MLB is losing it’s younger tech savvy fan base!?!?
By myq1977

Crashes every time on use

every time i try to use the app it just crashes. tested it out on multiple devices and it was the same result. useless
By walker1533

Failed to download first time. Finally installed and it asked to access my camera. Crashed 3 times in a row at that point. But I got to see the introductory instructions 3 times!
By Davidw56

Hard to use this while the derby is going on when it doesn’t even work even simultaneously. Multiple times it would show hr #2 (or another number) then not even show the rest of the hrs. Then suddenly show the last hr of the round. Nice idea poor execution
By Codemana

App loses track of players easily. On the iPad the app locks rotation.
By iglooo999

Whenever I try to scan the flat surface so that I can view the stadium the app will crash. I have tried at least ten different times and every time it crashed. I have read other reviews and it seems like this is not on my end, and I’m not the only one experiencing this.
By Will Aaby

Doesn’t even load. Crashes during setup
By Denogginizer