Speakin' Ilonggo is a language-learning app that focuses on sentence building. It contains over 2,300 Hiligaynon (aka Ilonggo) phrases with accompanying audio recorded by a native speaker from Negros Occidental, Philippines. Many of the phrases in Speakin' Ilonggo were adapted from the "The Giant Ilonggo Phrasebook" written by me, Paul Soderquist. I served as an LDS Missionary on Panay Island from 2010 to 2012 and tried to document everything I learned about the languages there. Though the original focus of the phrases was centered on missionary life, in developing this app many years later I've revised and reorganized the content in an effort to better help anyone who desires to learn Ilonggo. The philosophy of Speakin' is that massive input is the true key to language learning, and that phrases (not vocabulary words) are the building blocks of conversation. Though I didn't originate the idea, I've come to agree with something called "the 10,000 phrase method". It basically says that if you feed your brain enough real sentences, enunciating and dissecting them word by word, phrase by phrase ensuring that you understand each one, then eventually after reaching the somewhat arbitrary and perhaps merely symbolic benchmark of 10,000, you will be fluent. The app allows users to learn each sentence through trial and error. They are shown an English translation and tasked to build the corresponding Ilonggo phrase word by word. If they make a mistake, the phrase is automatically put in a "repeat" pile, and they will be given another chance sometime later to try again until they get it right. At first, it may seem difficult to simply "guess" each word. Therefore, users can optionally long-press any of the multiple choice options in order to see its meaning without being penalized. Gradually, as the user continues to use the app they will become less dependent on this feature. That's an exciting experience. There is also a review feature which allows users to see and hear all of the phrases they've completed in the "done" pile, as well as all of the individual words they've learned from a particular phrase set. Feel free to contact me personally for any questions or concerns. paulsoderquist3@gmail.com 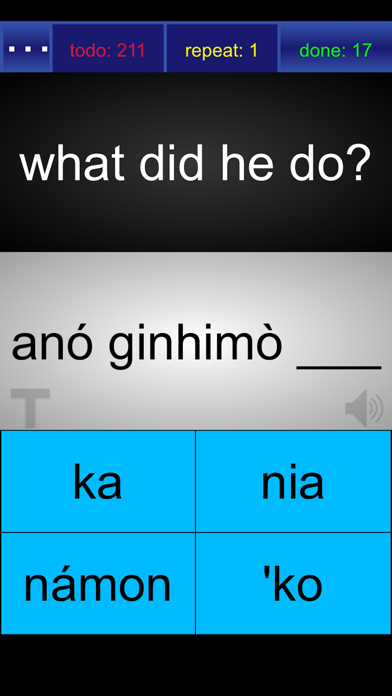 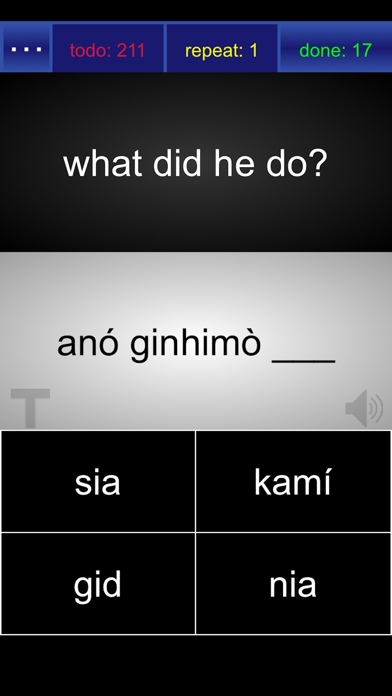 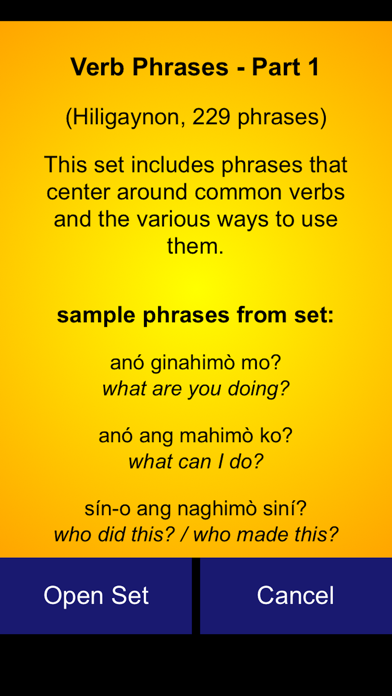 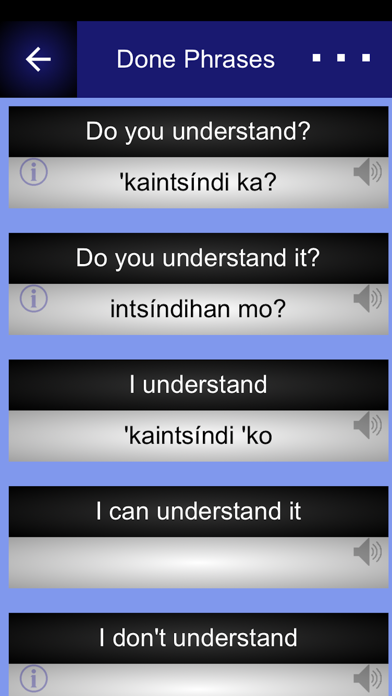 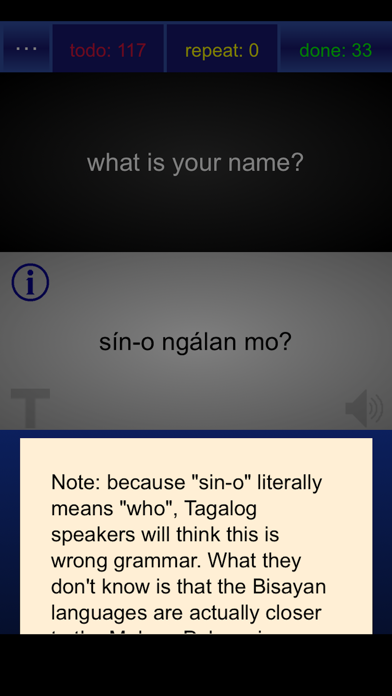 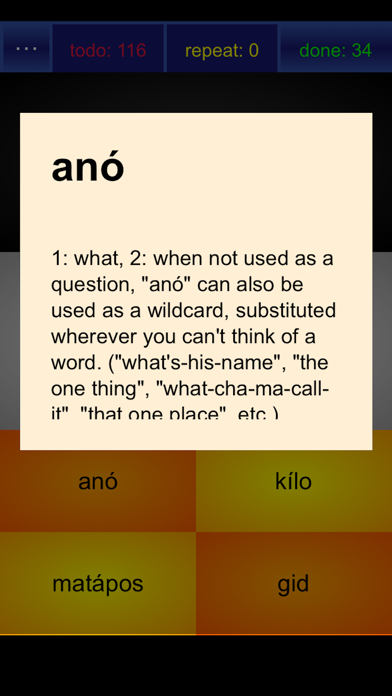