By Next Vision Limited

Rock identification has gotten easier with the Rock Identifier App. Simply take or upload a picture of your rock, and Rock Identifier can help you identify it in seconds. Start exploring, learning, and recording your geological surroundings with Rock Identifier! Key features: -Identify many kinds of rocks -An impressive accuracy rate for photo identification -Rich learning source about rocks -Beautifully-designed and user-friendly interface -Record your geological observations, easily build your own rock collection in the app About Rock Identifier Premium -Subscription Name: Yearly Premium -Subscription Duration:1 year(7 days trial) -Subscription Description: Users will get a 1-year Rock Identifier Premium which includes identifying rocks without limits, studying rocks with numerous info, and no watermarks or ads. • Payment will be charged to iTunes Account at confirmation of purchase • Subscription automatically renews unless auto-renew is turned off at least 24-hours before the end of the current period • The account will be charged for renewal within 24-hours prior to the end of the current period, and identify the cost of the renewal • Any unused portion of a free trial period, if offered, will be forfeited when the user purchases a subscription to that publication, where applicable • Subscriptions may be managed by the user and auto-renewal may be turned off by going to the user's Account Settings after purchase Terms of Use: http://app-service.rockidentifier.com/static/user_agreement.html Privacy Policy: http://app-service.rockidentifier.com/static/privacy_policy.html Contact us: support@rockidentifier.com 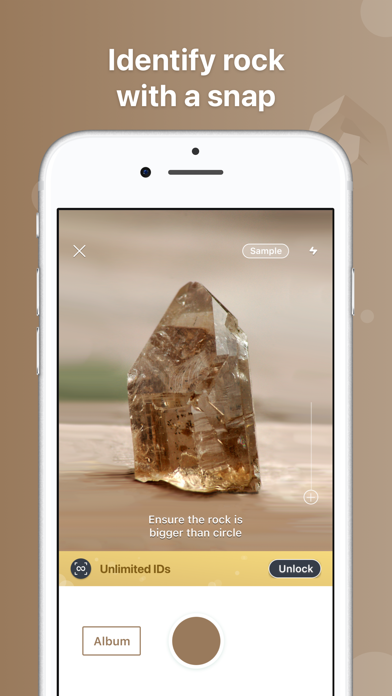 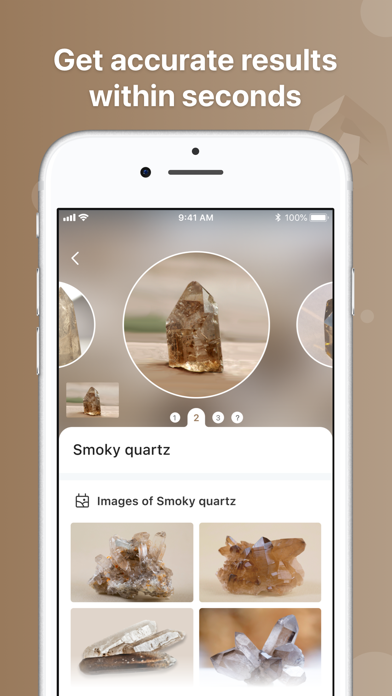 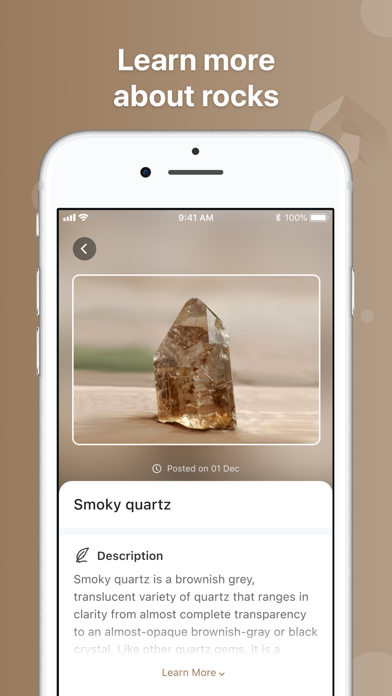 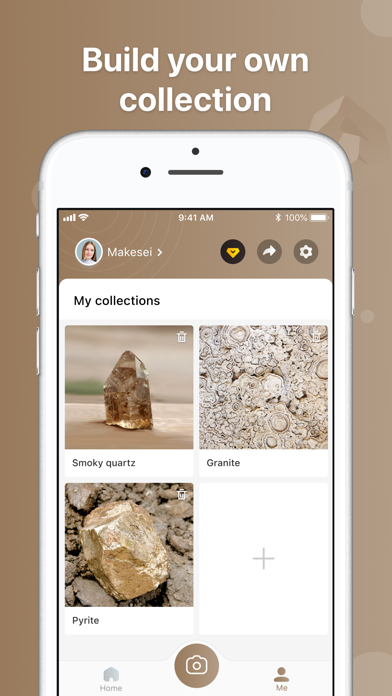 I went and bought stones and tested the accuracy. It failed on the easy ones like obsidian and garnet???? It did serpentine and howlite correct though.
By Dynecia

Do not waste your money on this!

It literally got 5 out of 25 correct. And gave me 3-5 different outcomes on several different pieces. Even had complete opposite colors of the stone I photographed. You're better off just googling! I wasted so much time I'll never get back!
By Masqued Dreamer

I tried this app because I found some stones and crystal looking stones and wanted to identify them. I first tried on my actual crystals and it wasn’t able to identify simple ones..and the examples were a sort of way off 🙏sorry I wanted to like it but it seemed a bit random and I gave it many tries.
By Zu516

Just downloaded Ap for the two week preview. Not impressed! It was inaccurate three out of four stones. I will do another week of the trial , but first impression is not satisfactory.
By crystal clear 83

I tried this one several different crystals that I knew for certain to test it first. I took 3 shots of each. It never once got anything right. The fact is, what determines crystal type is its chemical makeup and molecular structure. A simple photo of its form and color isn’t going to do that. I gave it a try anyways, but the proof is in the pudding. If it can’t identify basics I know like the back of my hand I can’t trust it to know crystals I can’t identify even after asking a community, checking book images, or doing web research. Wishful thinking on my part but oh well! The idea of having a place to keep a “database” of my crystals (numbering almost 300) in an app instead of a spreadsheet (meaning, free) was nice, but not for the price when you can’t trust the data.
By Jess, a cellist

I have been charged even though I haven’t even opened this app. I cannot get them to cancel. I’m not happy with this at all. I would like a refund.
By bandm113

Not great at all

I have crystals that I obviously know the name to well I it can’t even get it right. Not impressed at all
By PaulsonWitch

I just downloaded this app hoping to identify a stone I have. I can’t tell if it’s an agate or moonstone. The app didn’t identify it as either. Then, to test it, I took pictures of several other stones I have that I do know the identity of and it failed to identify all of them as well. Too bad, I was really hoping for an app that can do this!
By Amb3rJo

This is a terrible app! It’s not even written with regard for geology- it refers to varieties as “species”! Was this a bird identification app ineptly adapted for stones? Even so, I tested it using a piece of colored glass and the response came back as “jasper.” Worse than useless and terribly edited. Cancelled it instantly.
By Amosis

It does good sometimes but it makes too many mistakes. For instance, I showed it a photo of a quartz crystal and it identified the crystal as a shiva lingam. I’m not going to keep it because it’s not even accurate.
By Boogie@8

More by Next Vision Limited