ProWidget is a magic wand that will miraculously transform your Home Screen into a chic art gallery, mysterious rainy Gotham City, or ancient ocean with neon jellyfish. No spell needed! ■ Icon packs and widgets Dozens of icon and widget designs will suit any mood of yours – bold, romantic, or calm. Or you can choose from a rich variety of shapes, fonts, and backgrounds to make your own original widget. And for a truly unique widget, use your favorite photo! ■ Time and date With ProWidget, the access to all the information you need is easier than ever! To improve your time management, you can set up a calendar widget or create one handy time-and-date widget (with both time formats available) and put it on any Home Screen page. You can also leave only time or only date on your widget in case you don’t need both. ■ Quick setup Just follow the simple and clear instructions to set up widgets or icons on your screen. Once you decide on the design, it should only take a minute! Forget about complicated setup through shortcuts! A few taps and voilà – your screen looks superb! UNLIMITED ACCESS MEMBERSHIP SUBSCRIPTION • You can subscribe for unlimited access to all features within ProWidget. • Subscriptions are billed weekly or annually at the rate selected depending on the subscription plan. All personal data is protected in accordance with the Terms of Use and Privacy Policy: https://aiby.mobi/widget/terms/ https://aiby.mobi/widget/privacy/ 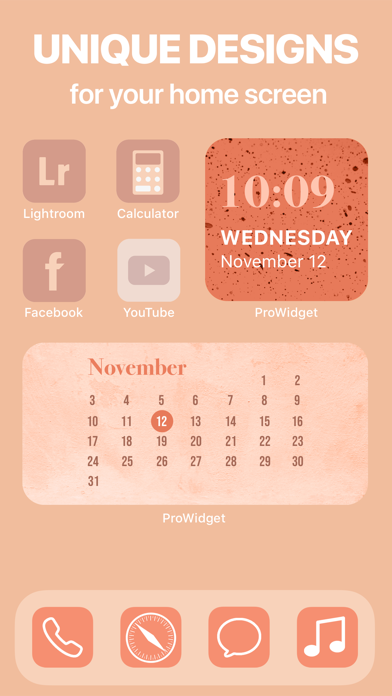 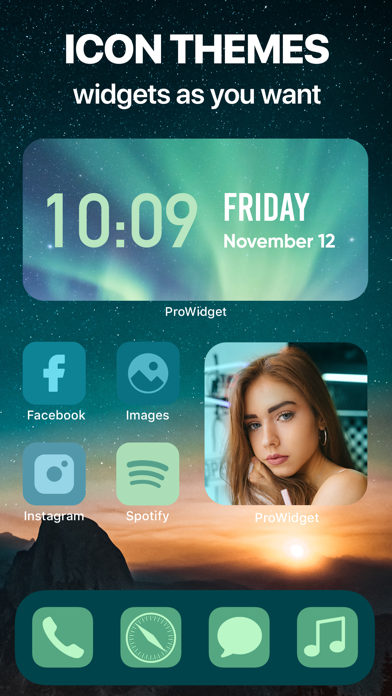 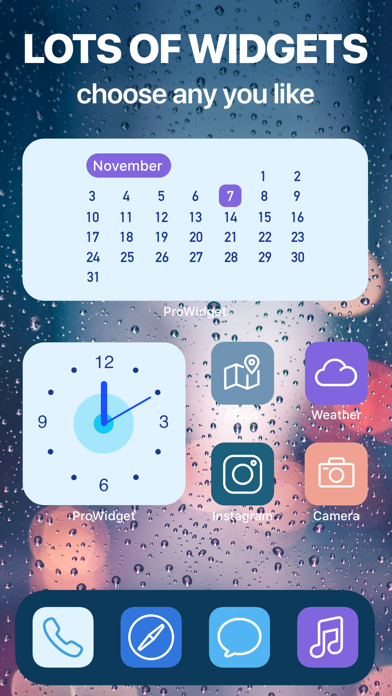 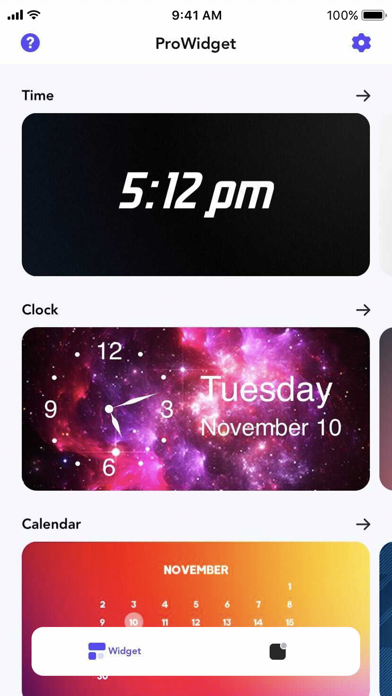 Not all apps on here

I absolutely love the widget app but its very limited to all the apps I have on my phone. For example, I don’t have the option to change my camera icon because it doesn’t appear on the list of app icons to change. I don’t know if this has anything to do with paying premium or what but I would really like to be able to change all of my app icons.
By Issa Rissa D

I put 2 stars because I do see a lot of great idea and stuff but everything I press it cost money and I don’t have money to buy a membership and I saw some people somethings are free but I don’t see anything free on here it works fine and I don’t have a problem with it but it’s disappointing in my opinion.
By Thalia.J

Don’t get the app

First you have to pay for it and that’s all.
By jamescharlestjefifth

So theres all these cool little skins you can put on apps and it shows you each of em, but then when you go click on the one you want for a certain app it doesn't even give you the option to put it on that one. Like I wanted to put the zoom skin on the ZOOM APP and it doesn't have it on the list. Doesn't really make sense to have it on there if you can't put it on the app it shows up as.
By 🤬🙄🤬

You obviously have to pay for the icons 🙄
By Siyona Gebrneskel

Charged me 14.99 before the free trial began. Also advertised metallic gold icons and they are nowhere to be found.
By Soulrich

Fill it! - Squeeze a juice