Welcome to Flirtini. The social discovery app, where meeting new people will become your daily routine: 1. Search for suitable people using various filters 2. Match and start a private chat 3. Post the Stories to gain more attention We at Flirtini, are working hard to gather all the user's basic social needs in just 1 single app, having the: - privacy and anti-fraud to solve the Safety Need - AI-based matchmaking algorithms to solve the Love & Belonging Need - stories to solve the Self-Esteem Need - leaderboards to solve the Self-Actualization Need UNIQUE FEATURES - Expiring matches. Now you won't have time to drag your feet! Caution: you only have 15 minutes to strike up a convo with your match. If you are late, you will lose them forever! - Catchy stories. Share moments with the whole world! Add stories and draw potential matches to your profile. Spoiler: they really want to get to know you better! GOLDEN FEATURES - Visitors. Stay informed of who paid you a visit and when. Don't be shy to visit them back - some of your visitors may be your perfect match! - Likes. Like and see people who liked you. Some likes would certainly be mutual, so why not cut to the chase and start chatting? - Thrilling chats. Pick who you like the most and chat with them endlessly! But note that your chatting time is limited. PREMIUM FEATURES - Likebook Booster. Promote your Profile in matchmaking and gain more Visitors, Likes, Matches. - Story Booster. Promote your Stories to increase popularity and gain more Views and Reactions. - Undo Rewind. Cancel your Skips when you changed your mind and when it’s a potential match. FOR YOUR CONVENIENCE - Live support. Our customer care team is always at your service! Don't worry about the time of day - feel free to call or text our customer support 24/7. - Strict security. Meet new people with pleasure without worrying about fake profiles and scammers. Auto-renewable subscription info: There is a limit of one free Trial Membership per iTunes account. Payment will be charged to your iTunes account in 3 days after you start using your free Trial Membership. The subscription price varies by country and may change without notice. But you could always see the exact price shown in the app. Flirtini subscription will be automatically renewed in case you did not deactivate the automatic recharge a minimum of 24 hours prior to your current subscription period end. You may cancel the subscription anytime. Please read our Privacy Policy and Terms of Use for more information: https://www.flirtini.com/staticPage/privacypolicy https://www.flirtini.com/staticPage/terms 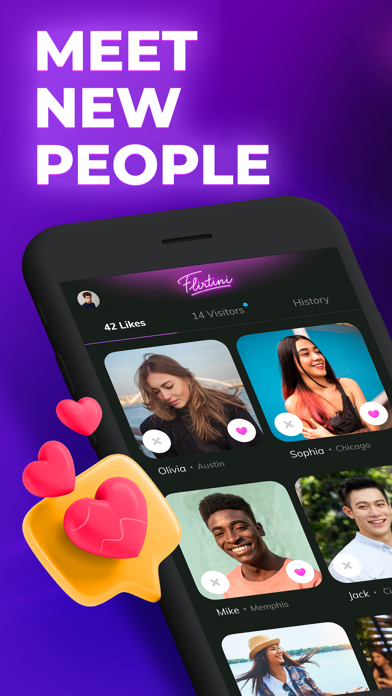 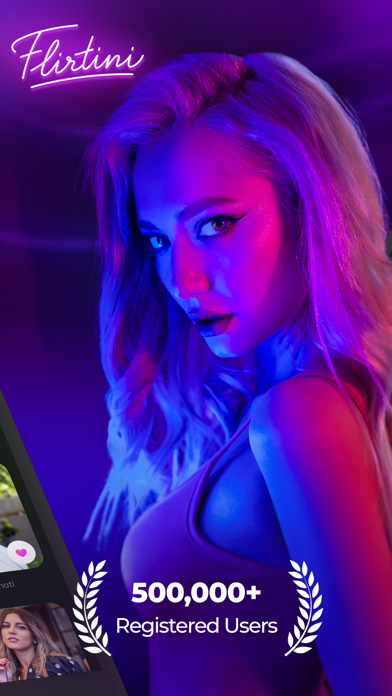 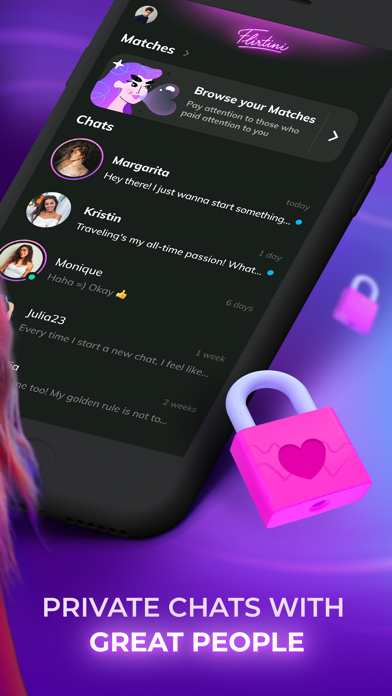 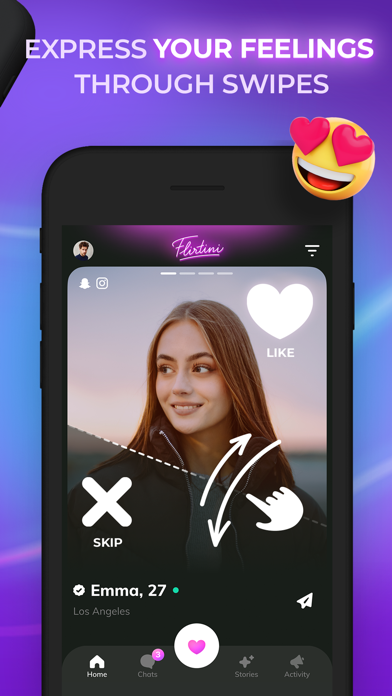 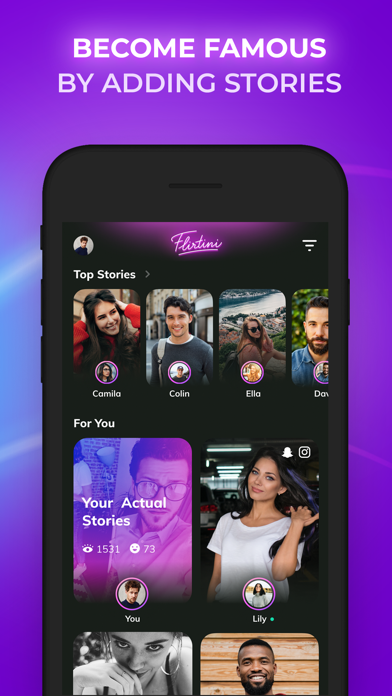 Should be able to do more right away you just want app users to use your app and buy things shouldn’t be about that it should be about hooking people up I mean it is a dating app right.
By jfrozy

Site so boring smh
By bodeth0mas

Same app as all the others. Nothing new or innovative.

Filters don’t work, there’s no range settings, half the profiles seem fake, and forty dollars a month for a tinder clone seems expensive.
By cougar205

Bot’s bots bots this app seem to be a bunch of robots talking to you. If it wasn’t for that one fact this would be a great app. I can’t seem to talk to a real person in there.
By cspthenry

DO NOT DOWNLOAD THIS APP WHATSOEVER THIS IS A FAKE APP WITH FAKE ACCOUNTS TRYING TO SCAM U AND TAKE YOUR MONEY! EVERY USER ON HERE WILL ASK U THE SAME QUESTIONS AND THEN 5 MINUTES LATER TELL U THEY HAVE TO LEAVE THEN LITERALLY A SECOND LATER THEY WILL ANSWER YOUR QUESTION AND CONTINUE CHATTING WITH YOU! WHOEVER RUNS THIS APP I WILL BE SEEING YOU IN COURT!
By fake peole

Photos not being accepted

It’s not a dating app

Ok it’s a dating app but honestly it like hi you’ll be paying 10$ a week so that you can get hit on by “women” everyday. And yea I get a lot of matches but 99.9% of the time it’s a robot account for some scam. Like the idea of it the app but in practice it’s just a robot app. But if you like having funny with scam artists you’ll love this app just because a new scam robot hits me up maybe one an hour.
By Itsok guys