CryptoTab Farm is the easiest way to earn your first BTC. All you need to get started is just your phone! Try it and provide yourself with a stable income! With the app, you can easily manage your farm remotely via a handy dashboard. Continue mining wherever you are: at home, at work, or on vacation getting a constant profit. Withdraw any amount of your earnings with no commission at any time! Millions of users around the world are already earning with the powerful CryptoTab mining algorithm on their miners. Build your own crypto farm using idle computing power. Make any available computers work for you: connect them to the CryptoTab Farm app, install a high-performance miner on PC, and enjoy a lightning-fast income! If you don’t have your own computer, you can use the Pool Miner feature. It gives you an opportunity to start building your own mining farm. You don’t have to install mining software on your own PC, you just need to have the app on your phone*. *Please note that this app is not a mobile mining app. You don't use your smartphone processing power for mining if you have CryptoTab Farm mobile app installed. Features: ● Handy dashboard; ● Unlimited number of miners; ● Pool Miners; ● Miner connection via a QR code; ● Remote control; ● Up-to-date statistics; ● Flexible schedule planner; ● Adjustable push notifications; ● Separate mining groups; ● Unlimited withdrawals; ● No withdrawal fee; ● BTC withdrawals from the mobile app at any time; ● Mining schedule for groups and individual miners; ● Unique CryptoTab mining algorithm; ...and much more! Easy, fast, efficient! Start mining – make all available computers a source of a real and steady income in BTC! 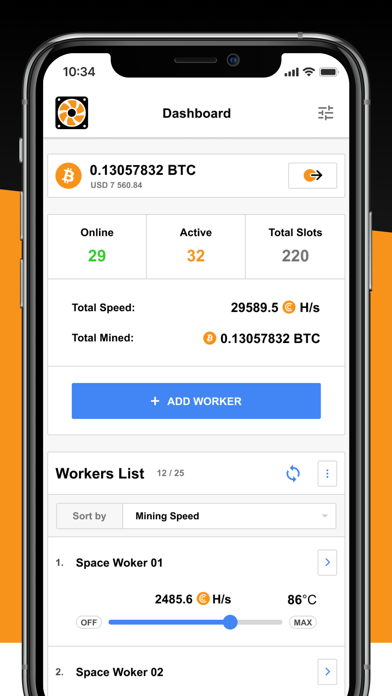 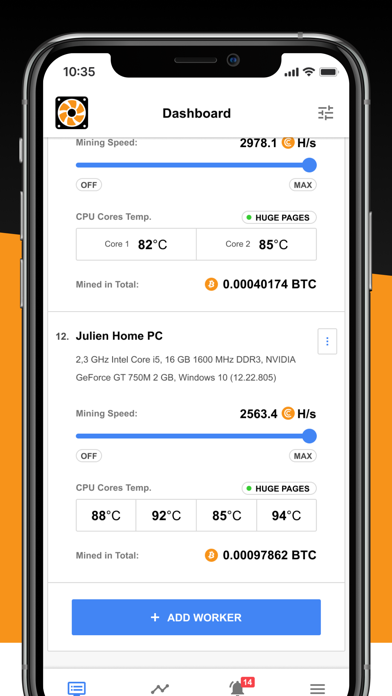 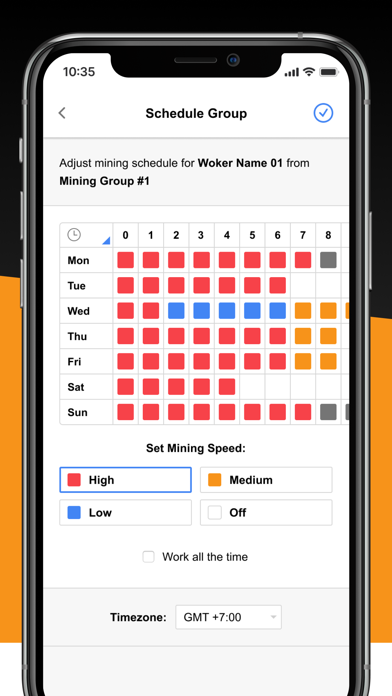 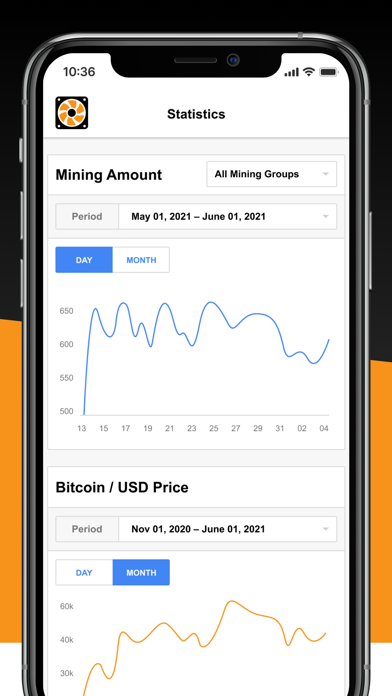 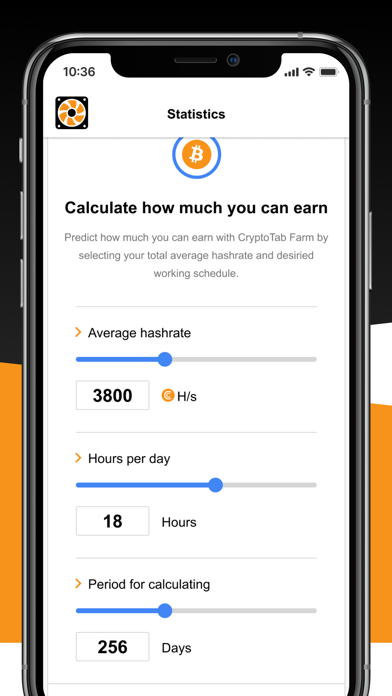 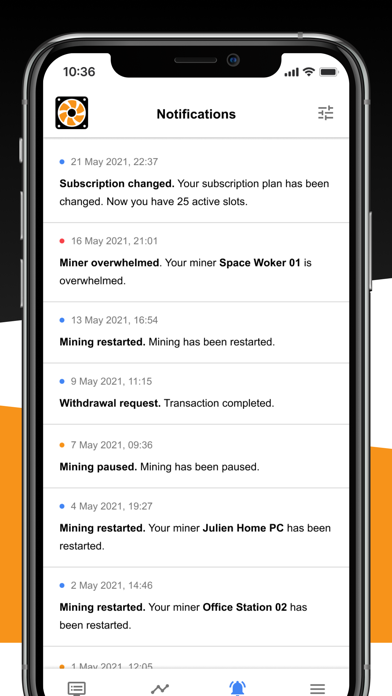 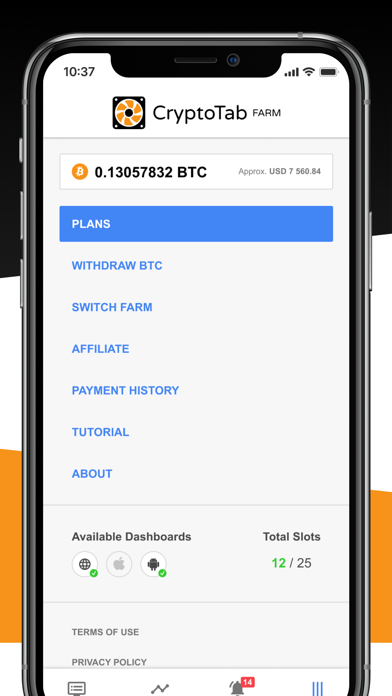 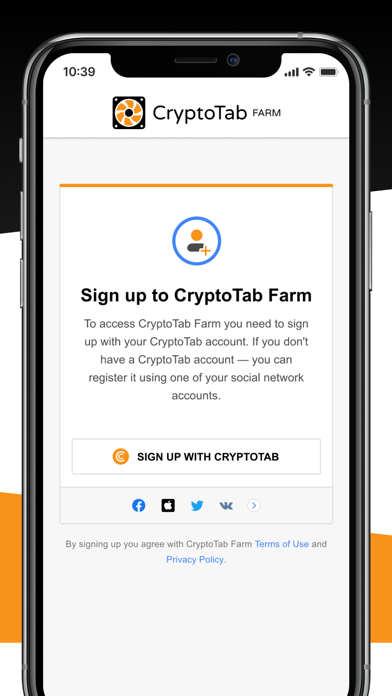 You crooks can have that $30

These people made it where my app loops and I can’t log in. Useless app. Lucky I only invested lunch money, DONT DO IT GUYS I PROMISE YOU LOSE EITHER WAY.
By DogemanLg

Really good idea. Literally nothing works though. Subscription options don’t load on app and when they did, you couldn’t select which one you wanted. the QR scanner is pretty worthless, so you can’t get that to work to scan your mines. Needs a lot of work. Seems that you would never make profit on any of the plans. This is based on the calculated amount of BTC Per day using the H/S versus the subscription amounts. Seems like the only ones who profit here is the company. I’m sure they’re getting a little bit of something from all of us who install and use it, on top of what we pay for subscriptions. It’s your standard pyramid scheme. It’s crooked business. You’re better of investing in an exchange, buying low selling high and repeat.
By As$munch

This app is a scam. 1. The plans they sell are incredibly unprofitable. Spent $43 on a 1 month plan made $4 in 10 days. 2. You will not be able to mine 24/7 because they require “user interaction” at random times. This in turn lowers your earnings. Seriously this app is a big cash grab for the developers. Not worth it.
By zma4242

okay so when i like my pc i get only a few hash. i buy that it isn’t anywhere near a pro mining rig. the 2000 hash for 30 days that i bought has mined a grand total of 6 cents over the last 36 hours. the break even on the rental is 10 cents every 24 hours. just trying to be helpful. for anyone looking to make an honest invest this isn’t it the profit is all theirs
By jgregor420

So if you look at their calculator and it says you’ll make $160-170 from 10k H/S. Well that’s a lie. I spent $42 for 33k H/S should average around $300 a day. I’ve made $1 in 4 days….to me that was a waste of money. Bad thing is 24/7 support is a joke because it took 2 days for someone get back with me. Pool mining On iPhone version, your mining is terribly slow, android it’s a a little faster but it’s still not profitable. If you use the same account on both platforms, it will mine separately. There is no option to choose to a refund or cancel your subscription so whatever you buy, your just stuck with it. PC version can swapped between the 2. They will do nothing to make it right nor care from what I’ve experienced so far. If you want to waste your money, go ahead or be smart and just invest into a better company. If they happen to fix my issue or make it right I’ll remove my review depending on how they approach it.
By marcuspolo69

I like the theory of the app, the crypottab browser works great but the farm app is not completely built for operation. Cannot purchase the subscription and the QR doesn’t work.
By screwblu

Good app for
By Myatphonehein

Works but is ok

The application does work but you don’t make that much even after a month of mining. 1-3 devices barely makes anything and the profit is still not worth paying for the plan. They claim 24/7 support but they don’t even check it
By Voltega