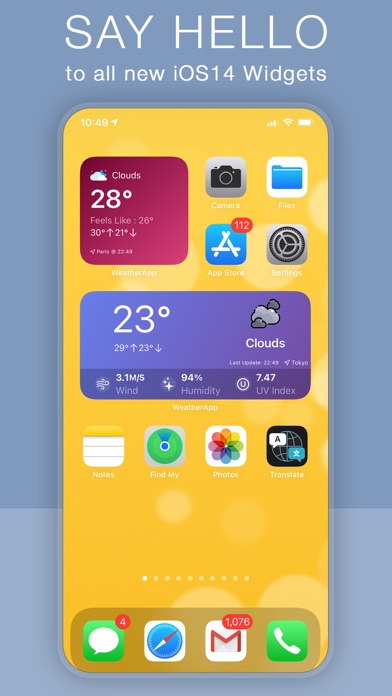 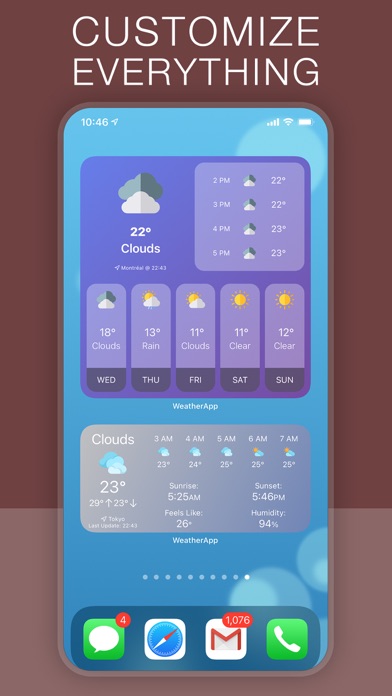 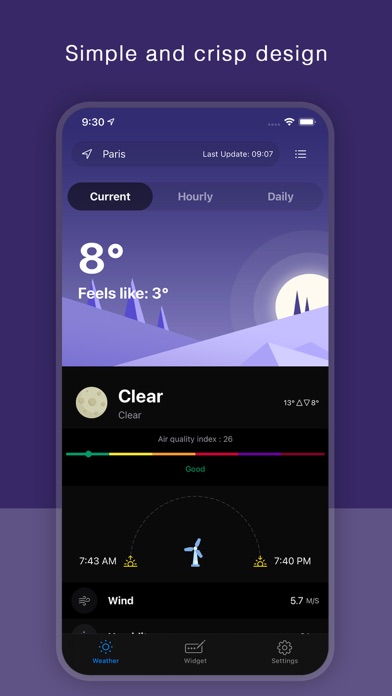 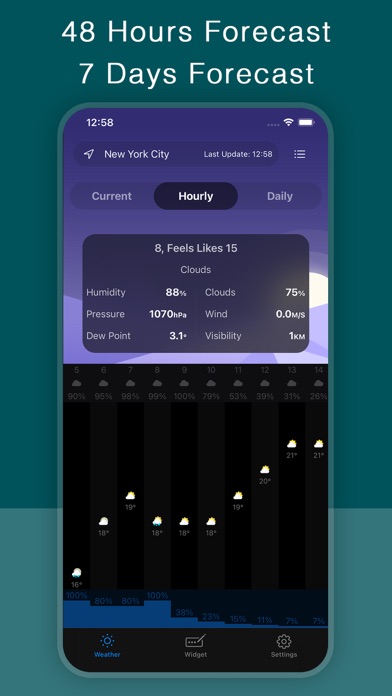 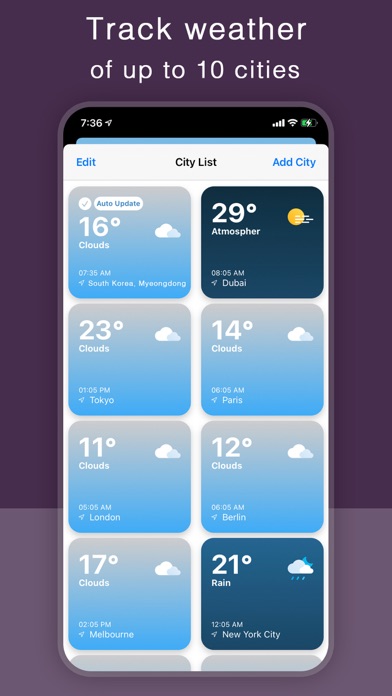 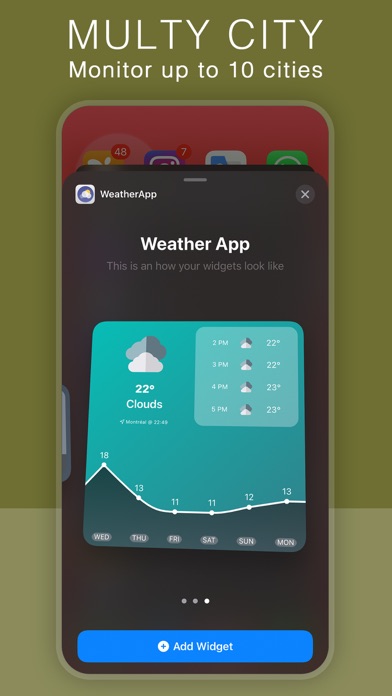 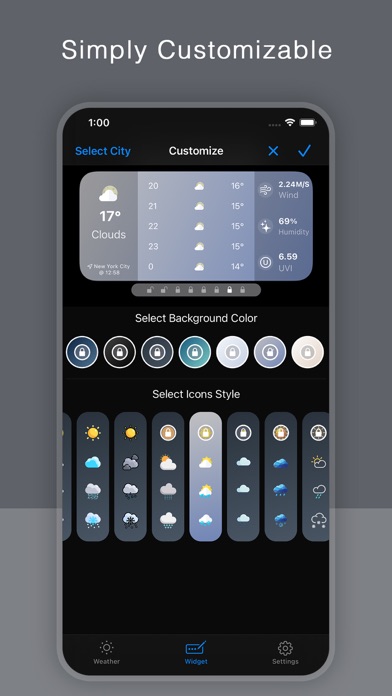 Nice app with a few bugs

I tried to contact developer but app quits every time. I paid for premium. It would be nice to have precipitation percentage on widget. Also daily menu is difficult to read in both light and dark mode.
By PediOT

Bad choice of colors with not enough contrast.
By Big_G1962

I downloaded because of the widget function. But when I want any more detail I still go to Dark Sky which almost renders this app useless. If only Dark Sky had decent widgets...
By Jonny-two-shoes

Cool Widgets but not many options

This app has cool widgets and even better you can customize widgets. But I don’t have the premium version that contains a lot more choices.
By fgfhfgvf

Why won't the widget show up on my home screen???
By j-meyb

Not at all accurate. Do not recommend. Off by over 40 degrees.
By ColeHarpsMeems

App is good, has some bugs

Love this widget and overall, it’s good, but The widget regularly freezes and doesn’t update. Have had to remove the widget several times and re-add to home screen to clear whatever the issue is. Other than that, no complaints.
By whitneyxmasbean

The app is nice and I like that it has a widget that shows a mini forecast, but my widget doesn’t update. When I open the app, it shows updated info, but the widget doesn’t change. Also, the app doesn’t show minus values for temperatures. It’s been below zero (F) for a few days here and the app just shows the temp as 4 degrees instead of the actual -4. It’s be great to get that sorted out.
By tythinks

My widget does not refresh, does not display current data
By LilDebbie226