Get a second phone number in less than 3 minutes with SwitchUp! SwitchUp is the first second-phone-line app designed from the ground up with spam protection and your privacy in mind. SwitchUp’s spam blocking is powered by RoboKiller - the leading spam call blocking app with over 11 million downloads! Do you have your own business or side hustle and need to answer every call, except the ones after 9 pm on a Friday night? Need a second number to give out to websites? Are you a freelancer who needs a second phone line but not the hassle of a second phone? Then it’s time for SwitchUp. Choose from THOUSANDS of local phone numbers and get the perfect “SwitchLine” as your second phone number. Own the second phone number, not rent it! If you need a different number later, no problem – you can switch. Other apps might offer you highly recycled numbers that work for a few weeks before the spam problem gets so bad that you need to get another number. BEST IN CLASS SPAM PROTECTION BUILT IN What good is a second phone number if it doubles the number of spam and robocalls you’re bombarded with? Your new number is protected 24/7/365 with the best spam blocking technology - no additional setup required. UNLIMITED CALLING AND TEXTING Make and receive as many calls and texts (US, Canada, and Puerto Rico) you need to in order to get work done. Communicate one on one or in chats. Run your business with a flat-rate subscription and don’t worry about overages. SET BUSINESS HOURS SwitchUp makes it easy to customize business hours for each day, allowing you to disconnect on your terms. TURN ON DO NOT DISTURB MODE Silence SwitchUp calls and texts for a custom time so you can have a rest or get your work done, undisturbed. TRY AUTO-REPLY Don’t have the time or ability to answer every call and text? Set up an automatic text reply. MARK MESSAGES READ/UNREAD Accidentally read a new message, want to save a message for later, or don't want to read it at all? Mark it as Read or Unread. SwitchUp is powered by RoboKiller which has been featured on The New York Times, NBC, Wired, Engadget, Vice, and other publications. SwitchUp is built by people who hate robocalls, spam texts, and respect your privacy. FEATURING: • CALL QUALITY - calls to your second phone number happen over the carrier network, so calls sound clear and you always sound professional. • ADVANCED CALLER ID - always know when it's a call to your SwitchLine and get more information about unknown numbers. • AUTOMATIC SPAM PROTECTION - your new phone number is protected from spam and scam text messages and robocalls automatically. • CUSTOM VOICEMAIL - record a separate unique voicemail for your new number. • TRANSCRIBED VOICEMAILS - quickly scan voicemail transcriptions to get the information you need, at a glance. • NUMBER PORTING - bring an existing number to use on SwitchUp Get PRO plan to have access to all of the features: • Up to three additional lines with unlimited calls and texts; • Call recording; • Text templates; • Advanced number search. SUBSCRIPTION DETAILS SwitchUp is only available in the US for customers with a valid US based phone number. SwitchUp is a paid service and requires an active subscription to function. Subscriptions are automatically billed monthly or annually to your iTunes Account and auto-renew unless you turn off auto-renew at least 24-hours before the end of the current period. Payments are charged to your iTunes account upon confirmation of purchase. You can turn off auto-renew or manage subscriptions in your iTunes & App Store account settings. Cancellations take effect at the end of the active subscription period. Any unused portion of a free trial period (where available) is forfeited when purchasing a subscription. Terms of Service: https://www.teltech.co/terms.html Privacy Policy: https://www.teltech.co/privacy.html Сalifornia Privacy Rights: https://teltech.co/privacy.html#section-8 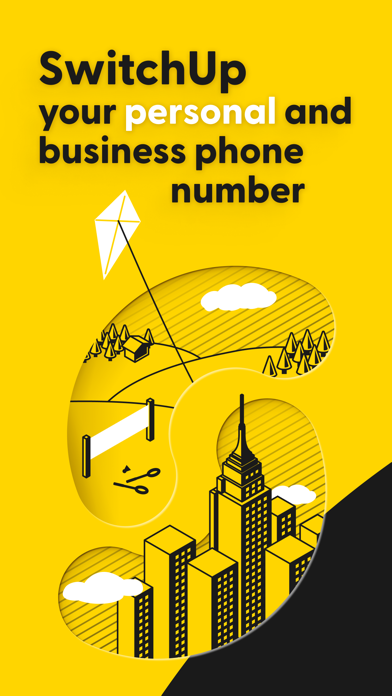 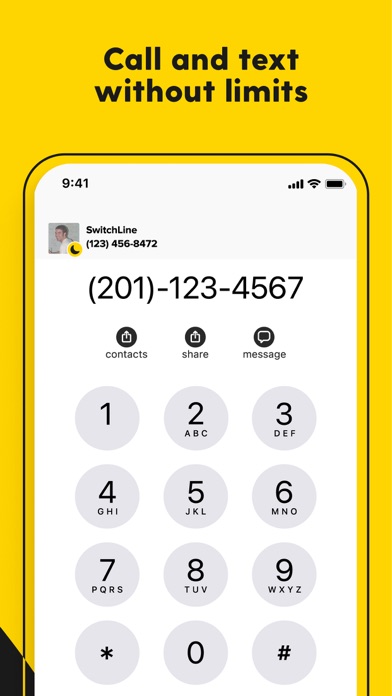 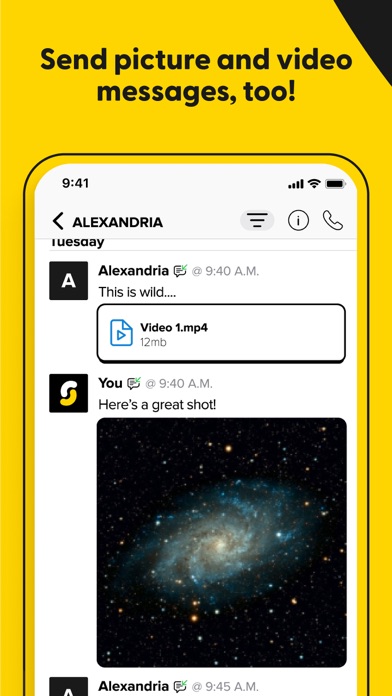 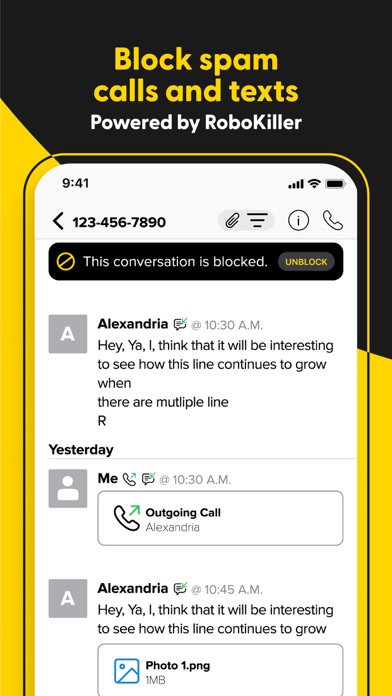 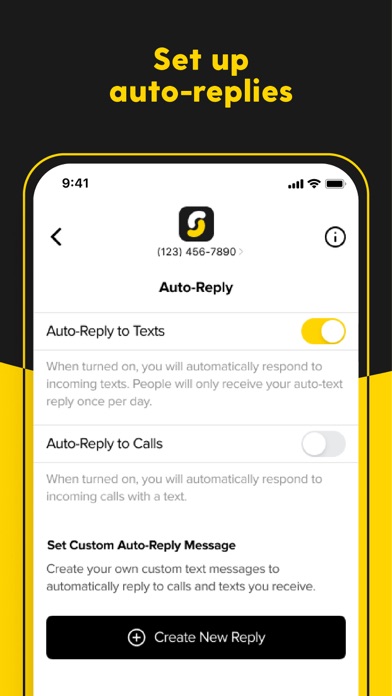 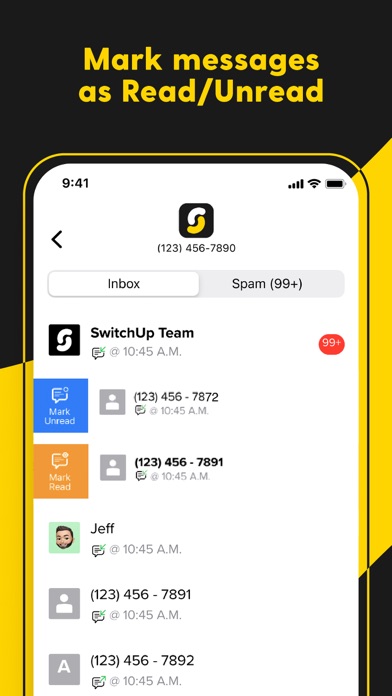 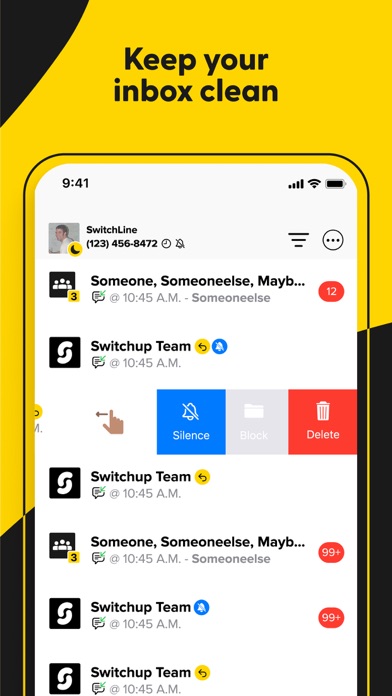 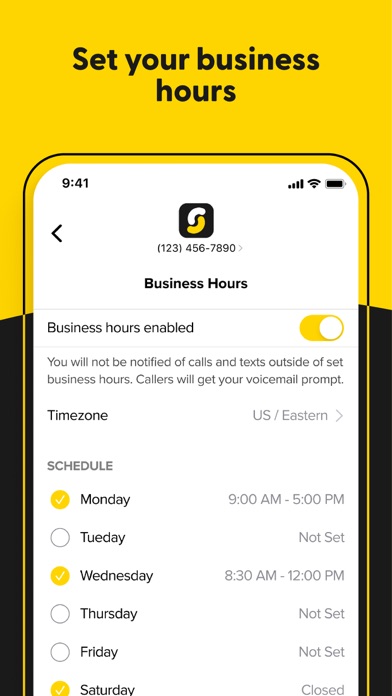 I just downloaded this app some minutes ago, and it asked me to subscribe before using the app which I did immediately. After subscription of $59.99, it stopped working immediately. I tried starting all over and I got a new number. When I tried to make a call with the new number, I was told I have no subscription. I have been debited already. This is terrible
By gchjkveh

Message not going through

I was trying to send messages to my contact number and it’s isn’t going through. It keep telling me unknown system error a What’s going on?
By realest12

I have had no issues with the service out side of not receiving some text messages. I’m not sure how many this potential customer happened to get reach out to me via social media when she didn’t get a response. I Waiting to see what SwitchUp has a say to fix it.
By Queenb0014

It’s “Free”, but once you download it they shove their “Great offer” in your face and you can’t proceed. To the creator, I promise you nobody is gonna buy that, I can’t name a single person on this planet that would pay $80 for that😂
By Soloman103

Been paying for this app and can’t even see my text! If it’s not fixed I’m unsubscribing!!!
By Kfifovog

Does not live up to the hype.

The subscription plan I have is supposed to allow me to audio record phone conversations. No such button is in the app. Neither is there an option to get voice support, a human on the other side of the phone to try and diagnose the problem. I won’t be staying with this so called service very long. They have a Lotta bugs to work out.
By Joehorserider

I love this app, it works perfectly, the only thing I wish it had was an Apple Watch app, if you would develop an app for the watch this would be perfect.
By idontneed a nickname

Confuse about what happen if the app down?

Everything good so far, but what if the app down? Will I lost the number also, I gonna running a business with it, so i just want to know how can you guys keep the number if app down or disappear one day?
By 十面埋伏0509