The ability to raid remotely from anywhere in the world might be the biggest thing since the release of Pokémon GO. Now it doesn't matter where you live, you can join a party to take down that Tier 5 boss you've been dreaming about. With GO Raid Party, we match people who need help with people who want to help, with a simple and easy to understand interface. This app is perfect for people who: - Has plenty of raids around but nobody to raid with. Go host a room! - Has a strong team but no raid around to join. Go find a room to help out! - Wants to raid regional stuff. It used to sucks when you can't have Azelf/Mesprit/Uxie just because you can't travel. Now you can (when it comes back to raids, of course). - Want to raid 24/7 to grind that hundo or shiny or dare we suggest, SHUNDO. Download the app, setup your profile and get your first raid done in less than 10 minutes. It's that simple. View Terms of Use at the following URL: https://goraidparty.com/terms.html 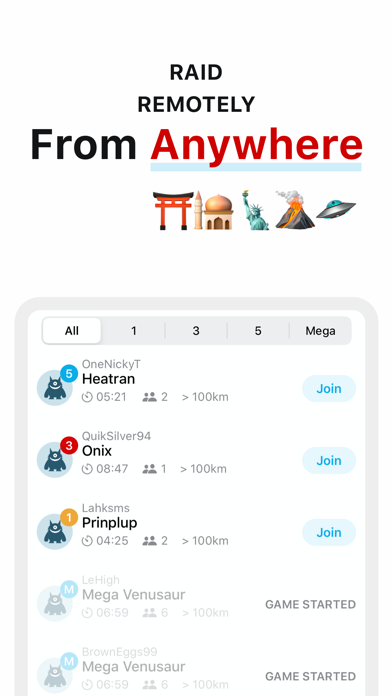 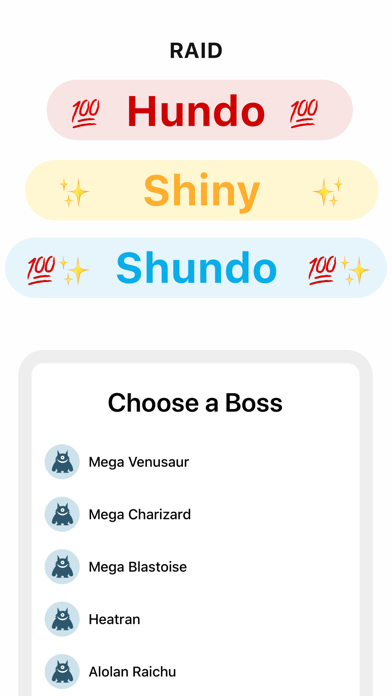 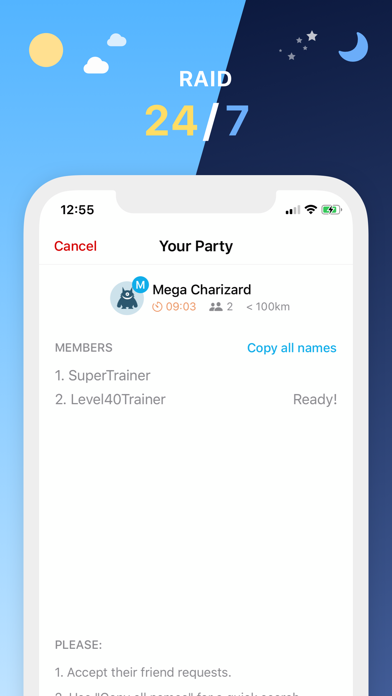 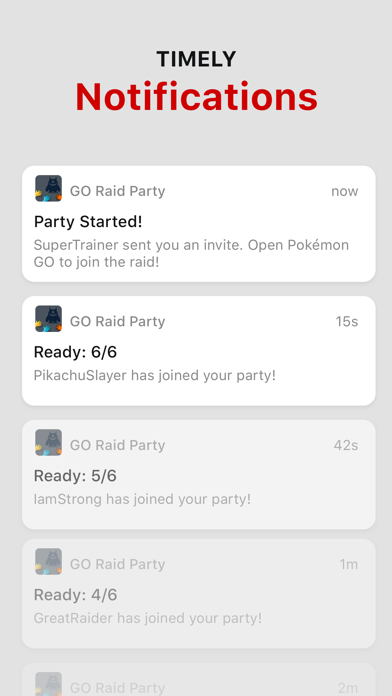 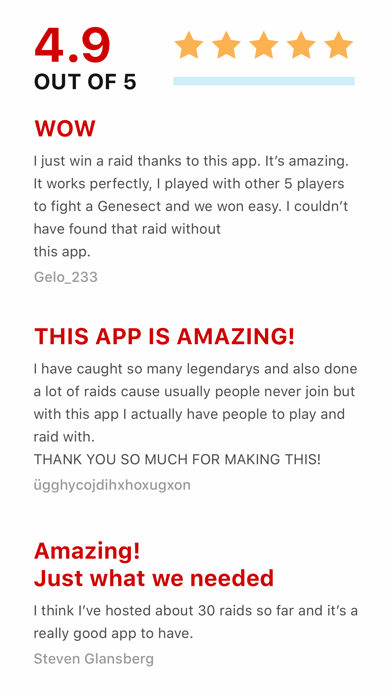 Finally I can win some amazing pokemon

I downloaded this app because I don’t have anyone to raid with. I have some friends on pokemon go but they rarely invite me to raid. This app is super easy to use and I have been able to battle against and catch some amazing pokemon that I have never been able to do until now. I’m only level 31 but with a team I have not only been able to beat some amazing pokemon but also catch them all (it does get close though sometimes, you really need to make each throw count). I’m so glad I found this app because now I can actually collect some awesome pokemon from all around the world. It’s amazing how well it works.
By Pandjnewman

Go raid party is amazing! It has helped me along my journey to complete the Pokédex, and I have caught so many legendaries with this app. Thanks!
By OneStonyBoi

A lot better then poke raid

Good concept but rife with trolls

Only writing 5 stars so people will actually see it lol, try getting into something without the premium subscription and it’s near impossible!
By I am cooler than you 🐋

This is a great app! Because of the little amount of gyms near me this app has finally gave me the chance to catch the new ultra beast!
By JeffthePokemanDude

Wish I didn’t have to pay to skip “waiting” to join a party. But I get it. Still makes it easier to play than before the app was around
By jejeurueoeo