Forager is a 2D open world game inspired by your favorite exploration, farming and crafting games. - Gather, collect and manage resources. - Craft useful items & structures. - Build and grow a base out of nothing. Buy land to expand and explore. - Level up and learn new skills, abilities, and blueprints. - Solve puzzles, find secrets and raid dungeons! - Achieve anything you want! The choice is yours, you set your own goals to work towards! Start small and improve your base, skills, equipment, network of friends (and enemies!) and build your future as you see fit! 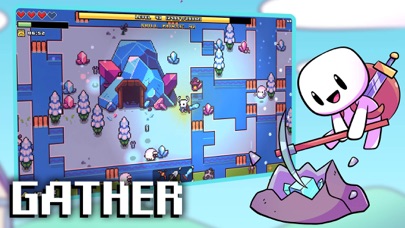 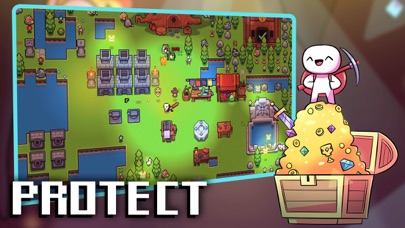 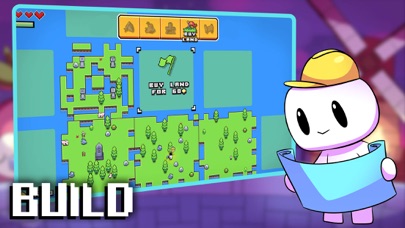 The game is great minus the autotarget controls (placing flooring or trying to dig is a pain). Hoping for some updates on this eventually, it really is a great game. 11/28 - So i just happened to open Forager on my ipad, thinking I might as well try a different build maybe - and then boom there it was in the save list m, a lvl 29 save with 10hrs. I had never started a save on my ipad. I check my iphone and the saves match. Wooo! Thank you. +1 star
By Zeeshep

Seems like the menu to add nuclear fuel on some machines has no exit option like the upgraded mining rod. Also just break everything then make a base starting with the dirt, any objects like growing plants get in the way of placement for base objects like flooring etc.
By cronnen01

Forager was my favorite game I didn’t expect it to come out on mobile it’s awesome but there are a few bugs...
By m.r bruhman01

I’m so tired of getting killed and then the whole game restarting. It’s so incredibly annoying. Please just add a respawn button.
By Babyheehee2323

Stuck behind desert chest, no wood nearby

Irritable. How about a long-drag to move through them? I know I can wait for a tree to spawn near me in the 1x2 space, but what are the chances? What if trees don’t even spawn near you? Other people have reported this desert chest issue previously on other platforms. Also, your “provide feedback” extra took me to a private forum, so what’s the point. Humble Bundle is a great company and hopefully this could be addressed. I have a level 17 character trapped behind a chest in the meantime.
By lostproductivity

After you upgrade a structure to nuclear and try to add fuel, there is no way to close the fuel menu.
By Gavin770

Snap mechanics when placing are terrible
By MrGR3

This game is adorable and addictive. It’s so simple that it hooks you without realizing it. I recommend this game to anyone because of its art, music and fun gameplay. The pixel art is cute, and the world is filled with mystery. I just have one complain: the mechanism on placing objects, specifically walls/fences, gates, and sometimes dirt. The pointer doesn’t focus on the space where I want to place something even though I’m facing it. It focuses on spaces around it or just jumps to the next one. It’s also frustrating when you do get the right space selected but when you press to place it, it places it on the space below or above. It’s something that really bothered me when I first played, so keep that in mind. Other than that the game is filled with wonder and I thank the developers on their work.
By Paloma Red