"Magic Slime" is the most realistic slime simulator you've ever seen! We've so many different kinds of slimes, they are so unique and realistic. And we constantly update new slimes for you. Check out by yourself. All slimes can trigger special ASMR sounds, which is a great stress reliver. Tired or bored? Open the Orange Soda slime，I bet you will feel much better! Want something cool? Rainbow slime and unicorn slimes are exactly what you are looking for! Choose the slime you like, tap it, stretch it, squish it, any way of playing in reality can be applied to your slime in our game. Just download and enjoy the oddly satisfying journey of playing slimes! Magic Slime Premium Subscription: - Our premium subscription offers: unlock all slimes, remove all ads, weekly new slimes. - Weekly Premium Membership offers $4.99 weekly subscription after 3-day free trial. - Payment will be charged to iTunes Account at confirmation of purchase. - Subscription automatically renews unless auto-renew is turned off at leat 24-hours before the end of the current period. - Account will be charged for renewal within 24-hours prior to the end of the current period at the cost of the chosen subscription. - Subscriptions may be managed by the user and auto-renewal may be turned off by going to the user's Account Settings after purchase. - No cancelation of the current subscription is allowed during active subscription period. - Any unused portion of a free trial period, if offered, will be forfeited when the user purchases a subscription to that content. Terms of Service & Privacy Policy: http://www.slimeuw.com 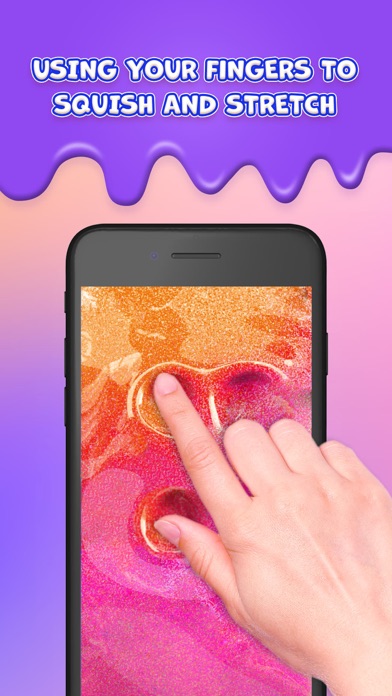 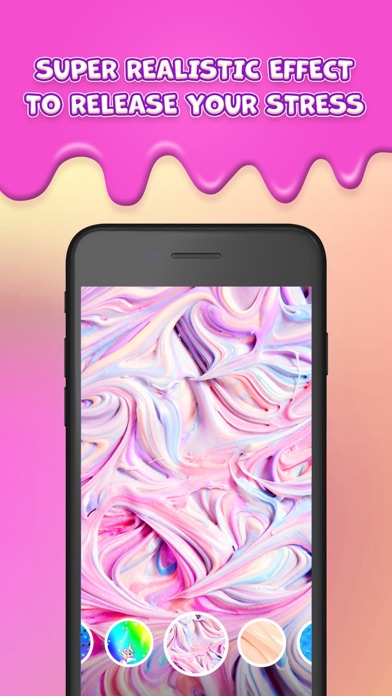 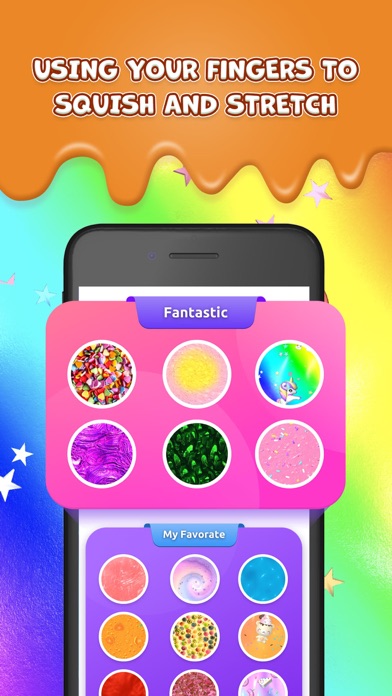 I absolutely LOVE the slimes it’s nice to have the app when you can’t play with slime at the time I love the bead slimes the most the detail on it is so realistic! ❤️ ♥️ ❤️ ♥️ ❤️
By swmxjjwjxjwjxnjeuwidjqudijw

Ok so when I was like 6 I LOVED slime and I still am! But, I got the app and loved it but, I deleted it so to storage so after a while I came back and, it’s amazing 🤩!!! But so many adds maybe if you could delete all of the adds because when I’m in the middle of playing with slime an add just pops up 😕. Other than that it’s a great game would recommend 😜 -Caroline
By Mermagirl

YOU SHOULD BE SUED

Hard to navigate settings and account info
By User in Illinois

Nooooooooo, so fake! It’s a lie!

Like the title it’s a lie. You see, it’s just like any other slime game. But you CANT MAKE THE SLIME. Every time you want to play with the slime on this app, You have to Watch an ad! Listen, On one slime app, there was so many bad reviews. I know some of them are good here, but listen to the bad ones. I would seriously suggest that you just go to a store. I mean like I know that you can move the slime around and everything but wouldn’t it be more fun to get your own slime and actually be able to poke your fingers in it and stretch it? Every time,I mean like not every, time but sometimes it just makes you go out of the app if you stretch the slime a certain way. In real life I know that would not happen. First of all, playing with the real slime gets rid of songs stress but when you play it online you’re just moving a screen listening to whatever slime sounds are. Second of all wouldn’t it not be fair if you were playing the app and then someone came across you let’s say it was, and they had some slime, real slime and they wanted you to feel it and you were playing that game and you said yes and then when you felt the real slime and you say, “what have I been doing my whole life on this game watching ads to play on this fake slime up when I can actually be going out there and getting my own slime it’s so easy oh you know what I can even make my own slime in real life and It’ll be much more fun.” Lastly I just think that this game is a waste of your time it’s like any other Slime game. Like seriously, I recommend that you do not get this app.
By artitcolors1 review