Go on your Randonaut Adventure, experience Randonauting. Randonauting is to discover something new in the world around you that may relate to something else in your life or even give you clarity on something you might be struggling with. This quantum random number generator app creates a random location on your map to which you can travel to. At that location you may find something that may appear to be a “coincidence” for you. Do this often enough and you’ll soon realize that these are not “coincidences” but actually synchronicities instead. This app will bring you meaningful experiences and provide great fun while journeying into the world around you. Randonaut Location Generator uses both pseudo and quantum entropy sources for randomization which provides a set of coordinates that can be opened in a map to navigate to. Subscription information: - Subscribe to get access to all the Premium features - Free trial subscription is automatically renewed unless cancelled 24 hours before the renewal - Payment will be charged to iTunes Account at confirmation of purchase - Account will be charged for renewal within 24-hours prior to the end of the current period, at the same price - Subscriptions may be managed by the user and auto-renewal may be turned off by going to the user’s Account Settings after purchase Privacy Policy & Terms of Use: https://ntptam147.wixsite.com/mysite/privacy-policy https://ntptam147.wixsite.com/mysite/terms-conditions *Price are equal to the value that "Apple's App Store Matrix" determines is the equivalent of the subscription price in $USD. 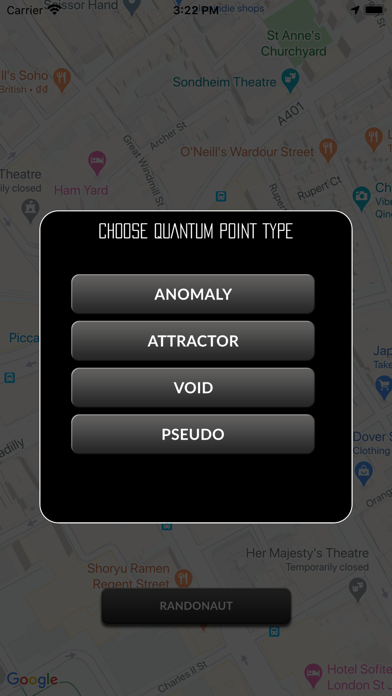 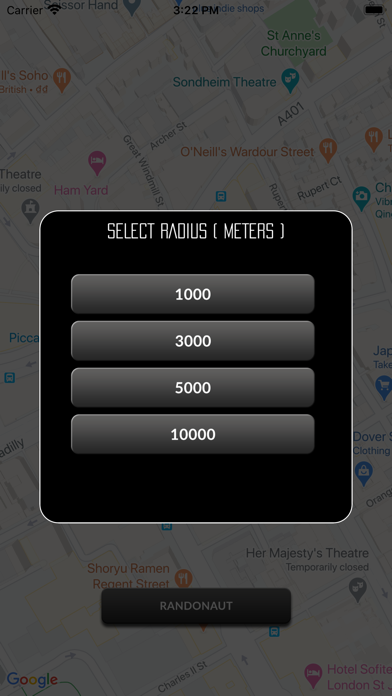 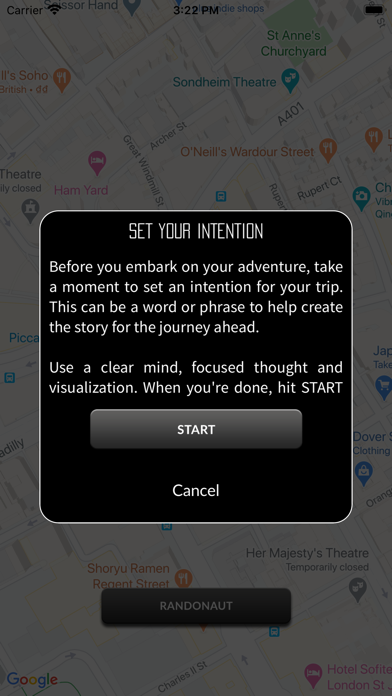 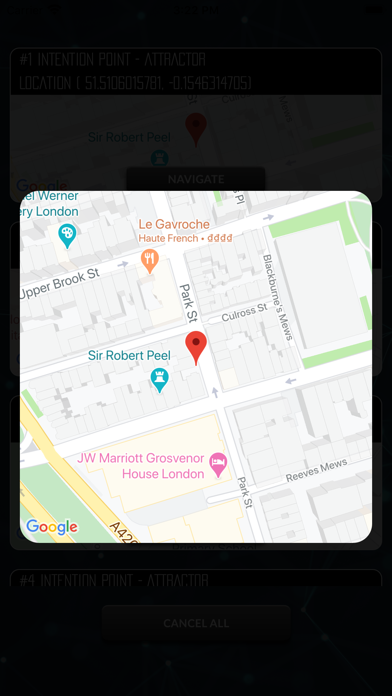 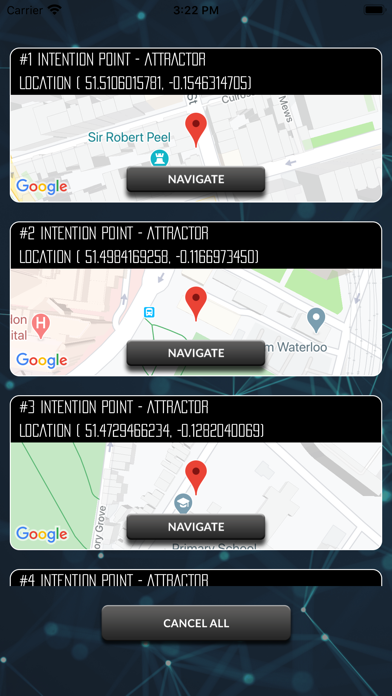 This is NOT the real randonatica app

The real app will be up within the week, so just hold out everyone and the OG app will be back up before you realize it
By Eldritch Doctor

This app made me Cry

So I’m looking for the OG application and upon learning that it isn’t on iOS currently I downloaded this. Now remind you the OG app never worked for me. Ever but this time I opened up a void / ANU and I just started thinking of frogs. There was no one with me so I didn’t say anything to turn my intention into audio. I drove three miles away and after looking around for 2-3 minutes I gave up and called it another loss. I till I was literally pinpoint under the dot. That’s when I looked over and seen a huge frog monument in someone’s front yard. Then I got the chills so intense my eyes began to water. As I turned my head in disbelief I seen another huge but more defined and realistic looking frog statue. WOW JUST WOW. it took me a minute to wrap my head around this one. I thought all the videos were fake. But yo. This is the real deal. Hope you guys enjoy btw I never leave reviews. But this was one for the books
By KYNG DON

Lol I don’t know because I’m scared to use it.
By AceIt235

I need to cancel

How do I cancel the trial before I get charged?
By iccccymike

Don’t expect anything but a random point on a map. Might even be in the middle of a River.
By EveryUser666

Can’t even open it

I open it and wait, but all I get is a white screen.
By wittlebabything

This didn't work at all for me, but I see it's not the real one anyway. (I'm running iOS 12 on an iPhone 6S Plus).
By verucaGASH

Tried this app and since I downloaded it my phones been acting up. Lagging, freezing, not registering accessories etc, after I canceled the free trail because I wasn’t into it, I was STILL charged for the app. When I noticed the transaction today I double checked my subscriptions and it was STILL ACTIVE. Since removing the app my phone has run better and doesn’t glitch. I’m really disappointed though that I’m still charged for it when I know for sure I canceled my subscription literally HOURS after I downloaded it.
By wywpwvskaoqfwkzps