"Unruly Heroes” is a 2D action-adventure mobile game developed by the indie team at Magic Design Studios and published by Perfect World. The story is inspired by China’s first mythological novel "Journey to the West” and strives to bring players an innovative experience through a fantastical art style and hilarious plot. Since the dawn of time, Buddhist scripture held the balance between Heaven, Earth, and the myriad creatures. However, as Evil’s wickedness began to grow, this delicate balance was thrown into chaos when the divine scripture was torn to pieces and scattered across the land. Those creatures that have encountered the mythical power of the fragments inherited unprecedented power. In doing so, this newfound strength kindled their heart’s innermost wickedness, turning them into horrifying monsters. With a world in chaos, a master and his three disciples accept Guan Yin’s decree and set out to reunite the fragments into a new scripture. The game follows the journey of a master and his three disciples as they fight, solve puzzles, collect loot, parkour, platform and more on their mystical demon-slaying adventure. You must capitalize on their special attacks and holy relics in a battle of wit and bravery against demons to complete their pilgrimage in reuniting the scripture. Following its release on Steam and consoles, the mobile edition of “Unruly Heroes” is now available! Highlights: Fantastic hand-drawn art style—Rich and in-depth level design illustrates a vivid sense of realism. Switch between the master and disciples—Effortlessly switch between the four characters both in and out of combat to overcome puzzles and obstacles. Rich and varied gameplay—Over ten different gameplay elements including: fighting, puzzle solving, loot collecting, parkour, platforming and more. Awards “Unruly Heroes” won the 47th Annie Award for best game character animation. Facebook: @UnrulyHeroesGame Developer Info: Magic Design Studios Official website: www.magicdesignstudios.com 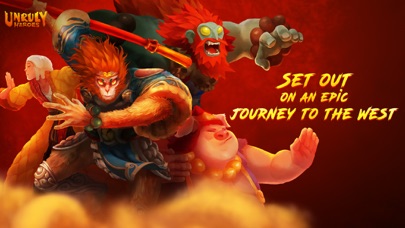 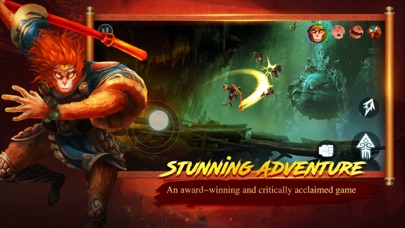 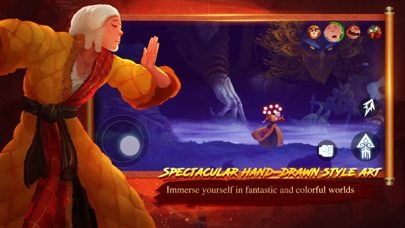 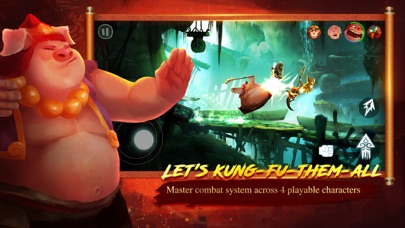 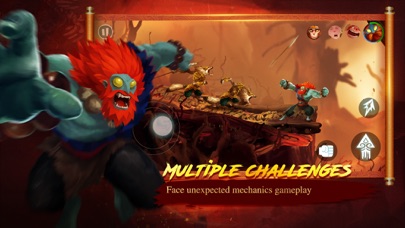 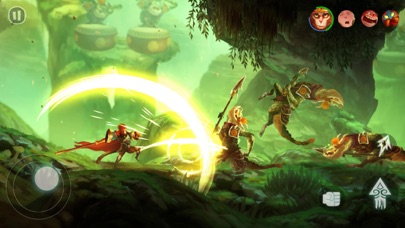 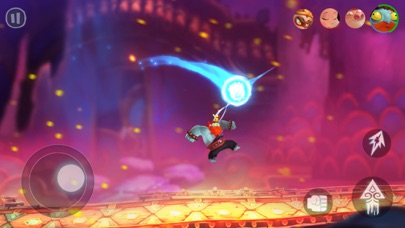 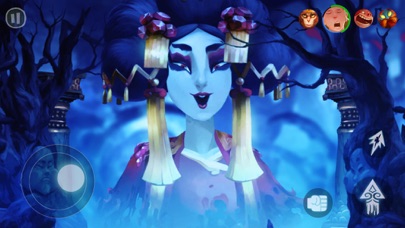 I am just downloading this now and so haven’t even played yet. I just wanted to give it 5 stars right away to reward a game that charges you up front and doesn’t have IAPs! I’m sure they can’t be making money at two bucks a pop though, so there must be more content planned on a buy-as-you-go basis. Which would be fine. Or maybe it’s not like that at all, I have no idea 😂 I’ll update this review when I’ve had a chance to play the game a little while. But thank god not another “free” game that immediately wants you to start subscribing to power packs and constantly bothers you to the tune of $20, $30 or more for the REAL game. I have stopped supporting that freemium model in all but a few cases where I think the game is not P2W.
By Stageon

Great game so far, beautiful graphics and different quality options and works very nicely with a controller. And it’s only $2.
By Anonymous41909

Has been long since last time I played a decent action game on iPhone. Nice graphics and control. Recommended.
By Herry31

Wasn’t expecting much, but I’m genuinely blown away by the art style, mechanics, different challenges, and creativity! Love the Chinese mythology
By Triptweeze

This is a beautiful, well made game. The Rayman influence is evident, but this game has a charm all its own. It’s underpriced for its quality, so if you enjoy platformers, get it.
By j%nml

Well worth the price of admission. I wasnt sure what exactly type of game it was. Quality platform fighter broken up into worlds/levels, each one with 3 goals...coins, medallion coin, time. You can use coins to purchase skins and specials. You can switch between the 4 heroes as they have different abilities(dbl jump/glide etc). You can also switch to another hero when u die, then if you attack the “soul”of the fallen hero he revives. I am two areas in, with 4 and 3 levels in each respectively. I will update review if needed. I have had zero crash issues and the controls seem to be placed and sized well. High quality for the price.
By Stratbluesman

Very well designed game. The price is incredible ($1.99). Feels like play an animation. In addition, it supports controller. Love it!
By qqlovemsn

I bought this game from the “Play with a controller” section, however, it doesn’t seem to support one.
By LLSS666

For $2, I wasn’t sure what to expect, but this is easily one of the best action platformers available in the AppStore, since it’s launch. That it’s only $2 is just crazy to me. The controls are fully customizable, able to move them anywhere you like, and it has controller support (so no clue why one reviewer decided to complain about button placement....🤷🏻🤷🏻🤷🏻), the 60fps looks absolutely beautiful, and for those who are more battery-conscious, there’s an option to drop it down to 30fps and lower the graphic sharpness for less power consumption. There’s actual platforming involved, the levels are fairly large and can take anywhere from 3 to 5 minutes to complete (I’m assuming they have some that are longer as the game progresses, seeing as there’s a HUGE number of areas, and a multitude of bosses, enemies and environmental hazards to try and avoid, as well as puzzle elements and character switching that’s instantaneous and simple with character icons that can be placed anywhere as well. Why this didn’t launch at $5 and get bumped up to $7-$10 is beyond me. Lucky to be a mobile gamer with right now I guess? GREAT JOB DEVS!!!!
By syntheticvoid

I spent 2.00 for a game that keeps crashing. I have yet to play it. It loads then crashes. Very disappointing.
By talon1967777