* Introduce: - Comics Rock is the free app, but it can bring almost Manga and Comics to you for reading at your free time. - The content will be updated every minute/hour. - Very easy to discovery the Popular, Latest, New, Hot, Completed Manga. - There are many Genres: Action, Adventure, Comedy, Drama, Webtoons,... - Search the manga that you want to read. * Support: - The reading modes: Left to Right, Right to Left, Vertical, Webtoons. - Chapters - Save reading position - Quick access: read first, latest, current chapter - Watchlist with Bookmark & History manga. - Check the new chapters from Bookmark screen. * IN APP PURCHASE This app is free, so we need to show the Ads, please make the In App Purchase (for a cup of coffee) to avoid Ads annoying, thanks for your understanding! 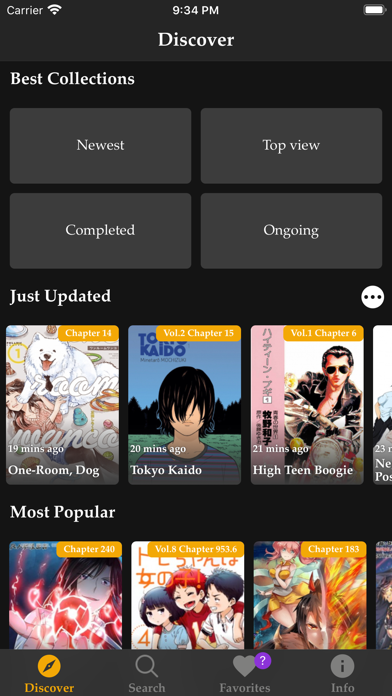 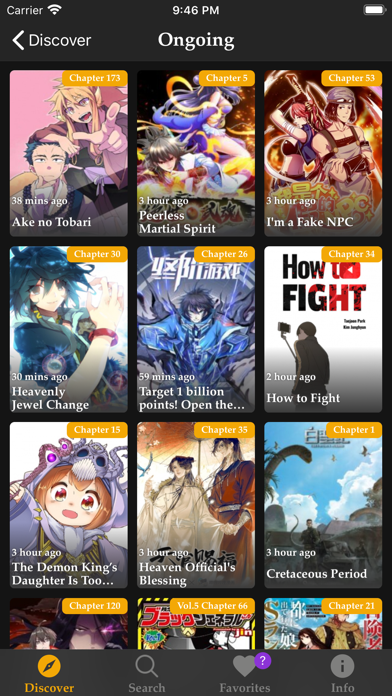 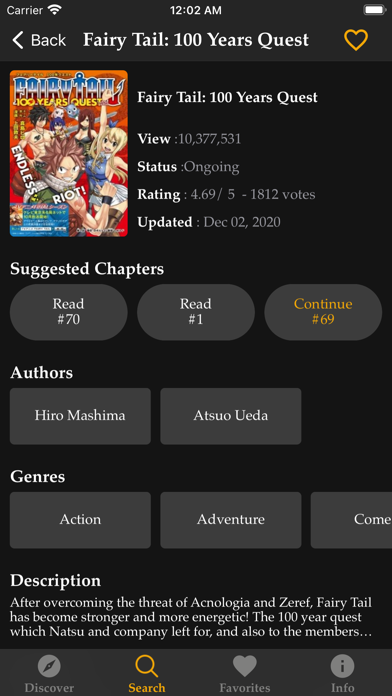 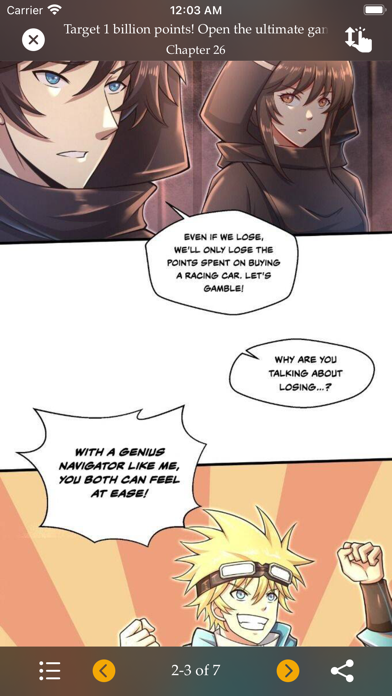 I don’t want to join your discord server stop asking.

I paid for no ads, so stop asking me to join your discord server every time I open the app. Happens every time, even if you are just switching between apps; the pop to join their discord happens each time. I don’t use discord, and I’m not going to. So asking for a refund, and not sure if this falls under false advertising.
By Sablenight

Idk about everyone else but this app crashes quite a bit. I’ll be reading then the screen will go black and then send me to my locked Home Screen. A bug fix on this would be great. Also, it would be less bothersome as well if you could remove the discord joining sign everytime we go into the app. I was reading on the app then went to another app for a bit then returned to the reading app. This will cause the crash.
By Read below..PLZ

Even if you buy the premium the loading still takes about a minute to load and really gets tedious
By im not ok :(

This app has a great list of manga but the Worst add system. Video ads that when screen is touch bring you to purchase and there are two back to back each issue.
By MoonGooseMcQueen

There is this one I want it is called “Painter of the night” and I want to read it. So can you try and put it on the app. Overall this app is great
By Bam TL3.2

I love this app very much! And it comes in handy if I need to catch up with an anime or manga series! I just have an issue where a page from a manga isn’t even there, it’s a black page with an “X” on it, so I got a bit concerned. Hopefully someone will fix this sooner or later!
By Alleydraw

Good but needs some work

I like this app but there is one glaring flaw: In the favorites it let’s you know that you have update by a little bug on the tab, but when you go to the tab there is no way to tell which comics have updated. In other apps, the updated titles are usually located at the top but nothing shows in this app. This is a feature that needs to be implemented.
By RigMonkeh

The manga is great the amount of ads is awful

I recently downloaded this app to get into manga and have very much enjoyed the selection they have to offer but when reading numerous chapters in one sitting you end up spending more time watching ads then actually reading. I understand the developers have to make money but seriously this is a little overboard with the amount of ads you have to watch and how long it takes to sit through them. Again as far as the actual content goes, this app could not possibly be better, but if I were to make a complaint it would be the ads.
By zshick5

More by den do