Cуbеr Shiеld - Wеb Dеfеndеr is a tool that combines the necessary functions for safe work on the Internet. It blocks ads, prevents visits to dangerous sites, improves page loading speed and protects your children from online threats. - Block Adult Sites. Protect your children by blocking adult sites. - Block Gambling Sites. - Block Spyware Sites. - Block Ads. Solve the pop-ups problem. - Block Phishing Sites. Blocking unwanted content is extremely fast and doesn't slow down Safari. Start protecting yourself against tracking, ads and other annoyances. To access additional filters, you must purchase a subscription. You can purchase subscriptions for one week or month. Each auto-renewable subscription period is available with a 3-day free trial. After a 3-day free trial, the subscription will be automatically renewed unless auto-renew is canceled at least 24 hours before the end of the trial period. Payment will be charged to iTunes Account at confirmation of purchase. Subscription automatically renews unless auto-renew is turned off at least 24-hours before the end of the current period. The account will be charged for renewal within 24-hours prior to the end of the current period. Your subscriptions may be managed and your auto-renewal may be turned off by going to your iTunes Account Settings after purchasing a subscription. Privacy Policy: https://cybershieldefender.com/?page_id=6 Terms of Use: https://cybershieldefender.com/?page_id=11 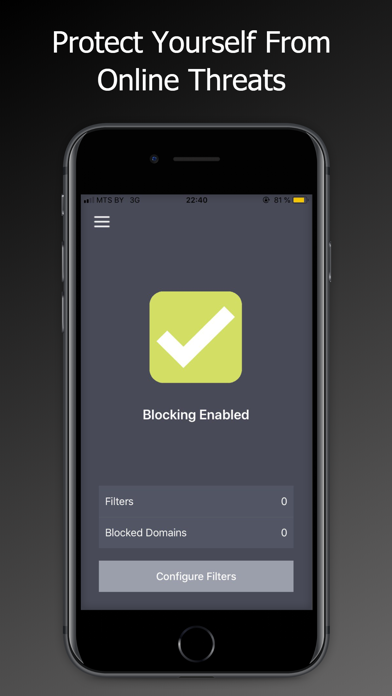 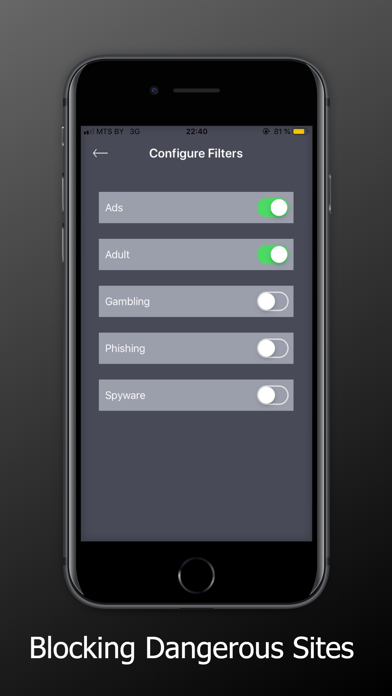 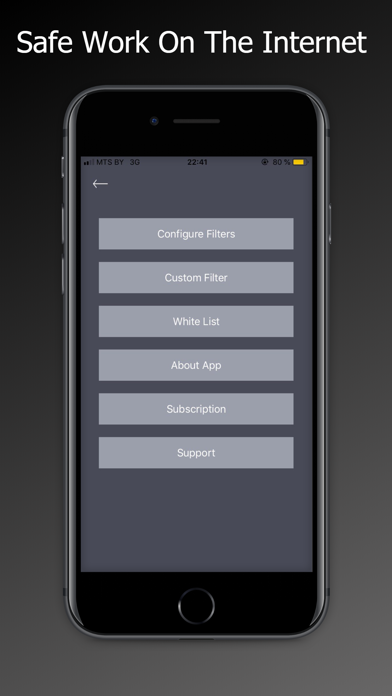 All you have to do is read all the other 1 star reviews. The 5 star reviews are fake. This app is fake. Just like everyone else I was on safari, when all of a sudden I got a notice saying my phone was being hacked. Which, has literally never happened in the 10 years I have owned an iPhone. I quickly realized during their “virus protection scan” that this didn’t look right. I felt like a scam. Upon googling the company, it comes up in Russian first! Then there zero information regarding the program as well as the app! Following up that research I headed over to the App Store just to find all the other same exact experiences as me! They buy reviews so that way the app won’t taken off the App Store!
By mmyers026

This App is a Scam.

Do not get this app. All the five star reviews they have are mostly likely bought.
By IAteYourPizza

This app is fake and just wants you to use your money. I get a screen that says I’ve been hacked and have 2 minutes! This is the fakest app ever ONE STAR.
By graham eldaher

App is a joke

This app is a joke. I am a iphone user. I downloaded this app and when it ask me to input my code or face recognition there is nowhere to do that. Don’t even makes sense to download!
By Phatbabi1983

Does this app actually clear the virus
By lele_allda

This app is warm and bad

I opened safari for the terraria wiki and it said my phone has been hacked and gave me a 2 minute timer to install this app so in fear i did so. However in the warning it gave me it said the hacker will get rid of my contacts. But they spelled contacts as contats thus proving that it was unofficial. Also you have to pay for everything so thats really dumb
By beaneater33

I got so scared when I saw the thing on safari be I just got this phone, so I went download it while it was downloading I checked the reviews and they are right it’s a scam, they just want more users to get money
By Hannahbellas