Become Portallini's primo pasta chef in Papa's Pastaria To Go! -- ABOUT THE GAME -- It's a destination wedding in the waterfront town of Portallini! When you can't find a hotel room for attending Little Edoardo and Olga's wedding, you decide to reserve the only available room at Papa's Pastaria, which also puts you in charge of the restaurant! You'll have to take orders, cook and stir noodles, and pour delicious sauces to craft a perfect plate of pasta! Add shakers and toppings onto each order of pasta, and finish off the meal with a side order of fresh-baked bread. Work your way through the holidays as you serve seasonal sensational dishes to your hungry customers, and unlock brand-new Daily Specials at the Pastaria! -- GAME FEATURES -- NEW FEATURES - All of your favorite features from other versions of Papa's restaurants are now available in this "To Go" game, redesigned and reimagined for smaller screens! HOLIDAY FLAVORS - Celebrate the seasons in Portallini with delicious holiday flavors! Your customers will order pasta made with unique seasonal ingredients. You'll unlock new pasta noodles, sauces, shakers, and toppings for each holiday of the year, and your customers will love trying these festive flavors in their pasta. SERVE SPECIAL RECIPES - Earn Special Recipes from your customers, and serve them as the Daily Special in the Pastaria! Each Special has a bonus you can earn for serving a prime example of that recipe. Master each special to earn a special prize! CUSTOMIZE YOUR WORKERS - Play as Doan or Utah, or create your own custom character to work in the pasta restaurant! You can also show off your holiday spirit with a massive variety of holiday outfits and clothing for your workers. Choose unique color combinations for each item of clothing, and create your own style with millions of combinations! SPECIAL DELIVERY - Some customers don't want to travel all the way to Portallini for their pasta. When you start taking phone orders, customers can call to place their order, and you'll hire a Driver to help take and deliver orders to their homes instead! COLLECT STICKERS - Complete a variety of tasks and achievements while playing to earn colorful Stickers for your collection. Each customer has a set of three favorite Stickers: Earn all three and you'll be rewarded with a brand-new outfit to give to that customer! DECORATE THE SHOP - Customize the Pastaria lobby with themed furniture and decorations for each holiday of the year! Mix and match your favorite styles, or add items that match the current holiday so customers won't mind waiting longer for their food. CLIPPING COUPONS - Missing your favorite customer? Send them a coupon with the help of your friendly mailman, Vincent! Customers love a good deal, and will promptly arrive to order another meal. Coupons are great for completing quests for Stickers and for strategically leveling up customers! DAILY MINI-GAMES - Play Foodini's famous Mini-Games after each workday to earn new furniture for your lobby and new clothing for your workers. -- MORE FEATURES -- - Hands-on pasta shop in the Papa Louie universe - All new controls and gameplay features designed for touchscreens - Multi-task between cooking noodles, adding sauce and toppings, and baking bread - Custom chefs and drivers - 12 separate holidays to unlock, each with more ingredients - Earn and master 40 unique Special Recipes - 90 colorful Stickers to earn for completing tasks - 130 customers to serve with unique orders - Use Stickers to unlock new outfits for your customers - 85 ingredients to unlock 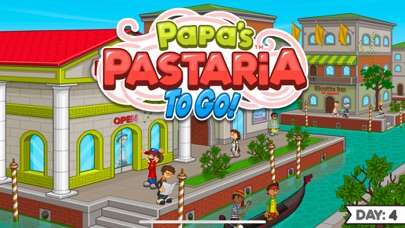 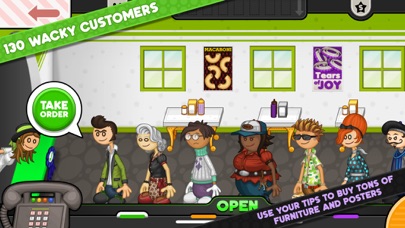 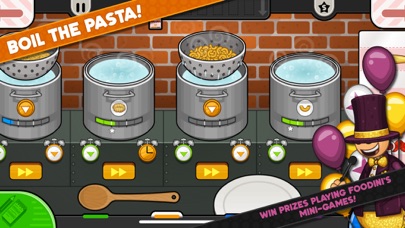 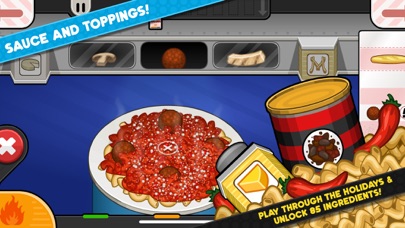 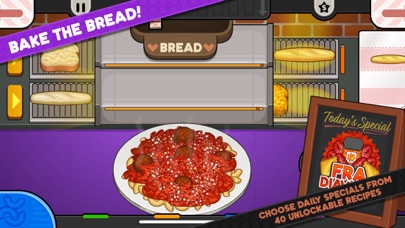 I changed my mind😕

At first I switched over to the mobile version of Papa's Pastaria because it's more enhanced than the original desktop version, but since the build station is different in the mobile version than in the desktop version, I switched back to the desktop version of Papa's Pastaria to coincide with the original looks. I kinda feel like a fool for wasting 💲1.99 from my debit card over a mobile game that I would later quit playing. You know what they say; think twice before considering if you should buy something or not.
By "Matt" Grant

Fun and with headphones I can serve pasta in class! Wish it had a feature to vibrate on silent for alarms and doorbells though, but still an amazing game
By Chicken raft

I used to play these games online then I ended up stopping because I got so busy. Now that these came out as apps I have them all and I can play them whenever I get a chance.
By Jzvara

Good, but not as good as some

I’m a HUGE fan of a lot of the Papa games. This one has some aspects I like, others not so much. I enjoyed the fast cooking, the stirring during the middle so that it didn’t feel like I was waiting forever for things to cook. I really enjoy the special recipes, the stickers to gain new outfits, and holidays. What I don’t enjoy: By taking away the need to match 3 and freshness you talked aa great challenge out, one I enjoyed. Next is an issue I have with a lot of the games. Unless you’re a big fan of the food and understand the difference between everything, it gets boring fast. My favorite Papa games I played over and over (even after I reached Better Than Papa!) are the Pancakeria, Scooperia, and Freezeria ones. I would love it if you made more like these. Even just remaking the Freezeria one so there are holidays and stickers would be amazing. Maybe make a cookie one? (I know there were cookies in Scooperia, but this could be specialty cookies), or a candy one?
By tiedyedowl

So much fun!! Definitely worth playing, as well as all the other games by flip line. Just found out about these last month and I’m loving them all! This one is easily my new favorite though
By Raven815

Just as I remembered on pc but better! Thank you very much for putting all the games on mobile. But hope that iPhone X and 11 get support on some of the older games.
By Christian Gamer Life

It has finally happened all papa gameria‘s have been released. I actually haven’t played this game in a long time when the apps started to come I would stop playing the online version of whatever app was coming out. it got to the point were I stopped playing any of the online games altogether. I really enjoy playing this game again and am looking forward to passing all the levels. I was waiting for this to be released I now have all of the paparia games. I’m so happy.😊
By Pandalover398

This game is amazing.

This game is so awesome! I find nothing wrong with this game! All pros no cons at all. There’s no bugs or anything related to that! This game is fun! You can decorate for holidays as well. And there is food specials as well! Fantastic game. Worth the $2. 💜
By PoopyYeetyPoopy