For 60 years THE GAME OF LIFE board game has shown us how to win at growing up. Now, THE GAME OF LIFE 2 digital board game brings new choices and crossroads to the mix! Will you be a Video Blogger or an Engineer? What roads will your friends and family take? Play to find out on mobile and tablet! Customise your peg, hop in your eco car and race your friends and family through THE GAME OF LIFE 2 game, a contemporary sequel to THE GAME OF LIFE. With a thousand new ways to live, and money no longer the only path to success, what will you choose? Find your happiness, whether that means money and fame, or academic fulfilment and a dozen cats! Become a Pop Star with 5 dogs and a pool house, or a Brain Surgeon with multiple PhDs, a spouse and 3 kids. You choose! Features - A CONTEMPORARY SEQUEL TO HASBRO’S CLASSIC BOARD GAME - THE GAME OF LIFE 2 drives the original from yesterday to today - A FULL, AD-FREE GAME - Don’t worry about flashy adverts, in-game currency or pay-to-win limits! You can enjoy the complete game in a safe environment for kids and adults both online and offline - OPTIONAL SEASON PASS - Seek out additional boards, including ‘Fairytale Kingdom’, with the optional GAME OF LIFE 2 Season Pass to unlock new additional themes and outfit choices! - SINGLE PLAYER - There’s no such thing as playing alone when you take on our challenging AI - ONLINE MULTIPLAYER - Distance doesn’t interrupt play when you connect with fans around the world or invite friends and family to a private multiplayer game - PASS & PLAY - No internet? No problem! Simply pass a single device between up to 4 players for an offline wifi-free experience How to play CHOOSE and CUSTOMISE your character! A life journey calls for one jaw-dropping outfit! Customise your pink, blue or newly available purple peg with a style all of their own. START at the beginning! Teen life on the board might seem daunting, but there’s no pressure! THE GAME OF LIFE 2 game starts when big decisions really begin, and the choices just keep coming! Choose your LIFE PATH! Your life is in your hands! Get married, earn qualifications, become a star and adopt pets. In THE GAME OF LIFE 2 game the road has many twists and turns, and crossroads can now grant second chances - so it’s never too late to get married or earn that degree! Money vs Happiness, RETIRE your way! Are you in it for the millions or the good times? THE GAME OF LIFE 2 game is about so much more than money. Gain attributes for happiness, wealth and knowledge, and the final score will sum up your achievements! Earn REWARDS to UNLOCK new items! Unlock new pegs, outfits and vehicles by playing the game and earning rewards! Collect 60 happiness points, travel 100 spaces, collect 5,000k; each accomplishment unlocks a puzzle piece. When you collect 6 puzzle pieces you can unlock a bonus item, and there are eight to unlock in each world! EXPLORE marvellous worlds with THE GAME OF LIFE 2 Season Pass! When you’re done finding success in the eco green cityscapes, there are more worlds to explore as part of the Season Pass! Take an enchanted quest through the ‘Fairytale Kingdom’. Study at the Wizard Academy or become a Knight in shining armour. THE GAME OF LIFE 2 Season Pass includes 2 marvellous worlds… ...with additional worlds coming soon! 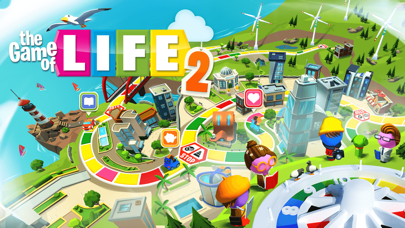 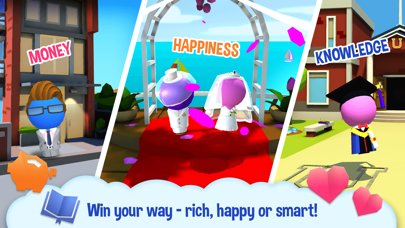 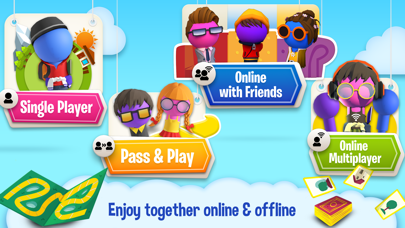 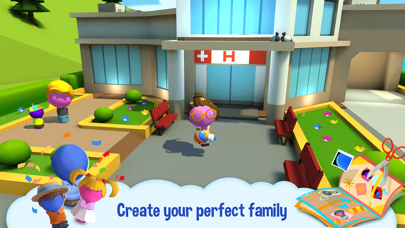 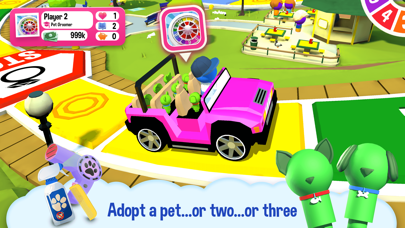 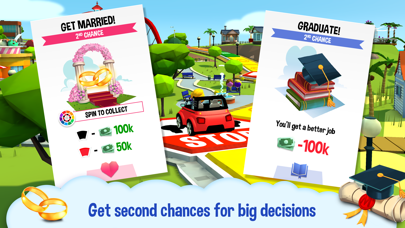 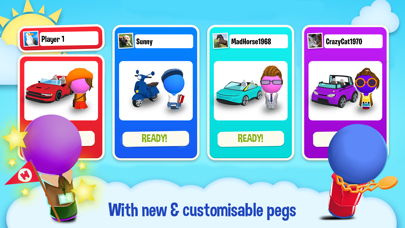 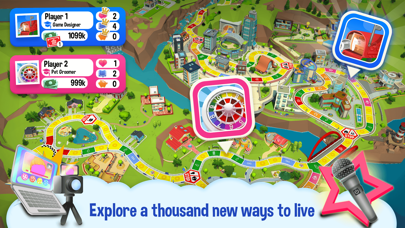 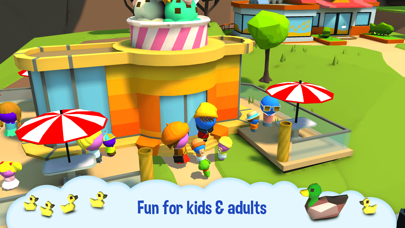 Ok so Life has always been my fav board but the game of life 2 beats them all I just love it lol in their virtual game you could always be a girl or boy and marry either as well ( even the wedding videos change according to ur choice) but u had to get married and almost always had kids. Now they’ve have really created the game of life lol it lets you be pink purple or blue also let’s u choose pets or kids and u can stay single the whole game if u want lol like most of all the computers randomize too with all the options and names. Anyways I like the game and u should play it too lol
By Finally!!!LOVE

Hi I love your guys games. I am like the king of monopoly. I love this game as well but I have a few suggestions about how to make the game better. I wish you can trade with people like money for hearts. Also you guys should make like crews where you can create and join on. And like each week is like a separate challenge. One week can see what crew can get the most hearts. The cap for the amount of crew members should be either 10 or 15. All your friends can join your crew. The last suggestion is that I wish you could add the computer in online with friends mode. You can do it in monopoly but not in this game. Also add more houses cars outfits and action cards. Thanks for considering my thoughts. I really a appreciate it. You guys are the best. Keep up the good work on making game of life 2 better.
By Seamouse2.0

Too short!!! It’s like you blink and the game is done! It doesn’t give you much time or options to get a baby and a pet, I didn’t see houses on there or maybe I skipped them all because it was sooo short!!!! I mean come on... 5 spots then you’re done with college??? I wouldn’t buy any DLC for sure considering how short the boards are. Boring fast. Part of life is the fact that it takes time and you have all sorts of options!
By LeighLeigh911

A little confusing but fun
By sausekey

First, I don’t like the challenge games where the loser pays the winner, especially when the opponent spins a 10 FOUR TIMES IN A ROW ON EACH CHALLENGE IN ONE GAME. Also, the bonus paid for landing on an opponents number comes from your money. Second, bought the Fantasy Castle upgrade, worked fine for several games, now it is locked and cannot connect to the store to try and check. Third, it seems like on each game played my character would spin low numbers, rarely higher than a four, and opponent would be racking up 7 - 10 a spin. Choice of avatars and vehicles are laughable, even with the “upgrade”. Update - I tried reloading the game to my iPad to see if I would get access to the upgrade I bought, was able to get it but lost all of the “points” I had won for outfits, avatars, etc. Started over, played a few games, and now I’m locked out of the Fantasy Castle board AGAIN even though I paid for it. Updated again - after downloading the game again and playing it for a few games, the screen now goes blank during the game, while the player window I’d open and the game is obviously running. While I do like a challenging game, trying to second guess a play with a totally blank screen is too much. This is pretty much the most bug riddled, ridiculous cash grab. Unfortunately reading other comments it looks like there is no way to get a refund, so enjoy my money. Will never get any more games from either Hasbro or Marmalade. Updated one final time - the Fantasy Castle board keeps relocking sporadically, even when trying to restore purchases on settings it doesn’t always work. Finally got it working (again) and played a game, only to have it stall at the end of the game. It did the money count then stopped. Not froze, but stopped - the two little peg people keep looking around and at each other, but it will not progress. I’m fed up with this, so basically deleting it from my iPad. Developers, thanks for your response. If it helps some other poor sap I was playing games against the computer. I will not be reaching out to you directly as I prefer to keep my email confidential, plus, if this game is this glitchy I can only imagine how you could mess up my email. No more Hasbro or Marmalade games for me, thanks.
By sfMonkeyboy

Board seems like it should be longer and the various paths should be longer than 10 spaces. Should be more opportunities to add to your family as I rarely land on a baby space.
By doitforlov3

Great! Except I can’t figure out how to pay back loans.

I really like this game and think it’s an improvement over the first life game because it doesn’t tell you to do real life things like tell another player your favorite book (which, when you’re playing by yourself, was irrelevant and impossible). I also find the transgender option interesting (even though I’m not). The only problem I have is that the game tells you that you have to pay back loans before the end of the game or you will get points taken away (and you do)...but I can’t find any way to actually pay them back, even if I do have the money. I would think that they would have put in a button (like the mortgage button in monopoly) where you can take or pay back loans at will. If anyone can tell me how, I would be grateful!
By Spiral nautilus

This is great 👍🏼 I love this game and I love the pets but maybe you can add birds 🐦 I have pet birds and I love them allot and maybe you can make pets and kids separate things and definitely add more family space,s but I love the idea of the masters degree thing that was genius 👨🏼‍🎓👩🏾‍🎓 I love to use this game to tell stories it is perfect for that thanks for making this app please right back if you can 👋 oh and I almost forgot thank you for making this 🏳️‍🌈 friendly bye
By ftwjwbxjxnjsbs

I think the game needs a game chat. I would also like to see a time limit on a persons turn. it’s annoying when you have to wait over 5 minutes for someone to go. & a new board would be nice to see as well
By Jas Vickery