Madden NFL 21 Mobile is an all-new way to experience Madden NFL on the go. For the first time ever, create your own customizable character and take them into a brand-new dynamic challenge mode called The Yard. Experience all-new global locations on your rise to become an NFL Legend while still enjoying everything you’ve come to love about Madden NFL Mobile. - Create and customize your own character, then rise to fame in brand-new, fast-paced, small-sided gameplay in The Yard: Underground. - Become an NFL GM and take your team to the Super Bowl as you play through dynamic NFL seasons. - Take on Madden's Masters where you’ll build your team of NFL Superstars and Legends. - Compete with friends in Arena H2H or Overdrive as you define your NFL journey in the deepest and most competitive Madden NFL Mobile to date. THE YARD: UNDERGROUND Create and customize your own character, then rise to fame in brand-new, fast-paced, small-sided gameplay where you’ll play an all-new, story-driven experience. Build yourself up, earn rewards, and more as you write your own legacy. BUILD YOUR ULTIMATE TEAM Assume the role of an NFL franchise team and take over as a GM. Play games, collect rewards, and upgrade your team - including NFL Legends and Superstars - as you make your way to the Super Bowl and solidify your team as an NFL Dynasty. COLLECT THE ALL-NEW MADDEN MASTERS Face off and defeat today's NFL Superstars and the daunting NFL Legends of yesteryear as you compete to unlock each Madden NFL Master. Go up against the best NFL players and help others along the way with Co-op Assist to become the real MVP of Madden NFL 21 Mobile. CROSS-REWARDS Within The Yard, take your Avatar player anywhere, anytime. Keep all your gear from The Yard: Underground and use it across Console, PC, and Mobile! Make progress and earn rewards in all versions of Madden while you create your own legacy. User Agreement: terms.ea.com Privacy and Cookie Policy: privacy.ea.com Visit help.ea.com for assistance or inquiries. EA may retire online features after 30 days’ notice posted on ea.com/service-updates." Requires acceptance of EA’s Privacy & Cookie Policy and User Agreement. Do Not Sell My Personal Information: https://tos.ea.com/legalapp/WEBPRIVACYCA/US/en/PC/. Requires a persistent Internet connection (network fees may apply). Contains advertisements for EA and its partners. Includes in-game advertising. Collects data through third party analytics technology (see Privacy & Cookie Policy for details). Collects data through third-party ad serving and analytics technology (See Privacy & Cookie Policy for details). Contains direct links to the Internet and social networking sites intended for an audience over 13. The app uses Game Center. Log out of Game Center before installation if you don’t want to share your game play with friends. 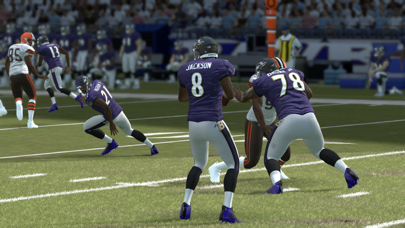 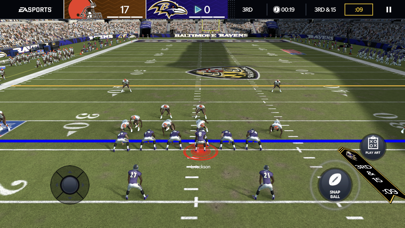 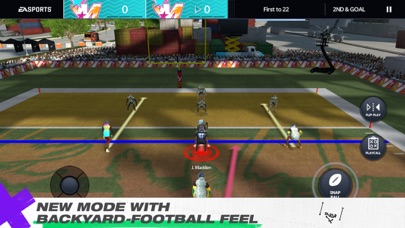 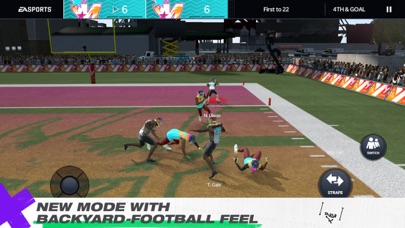 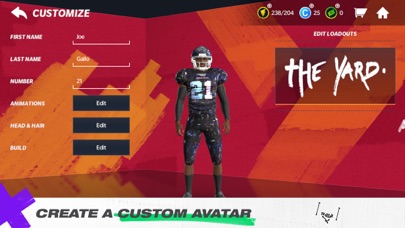 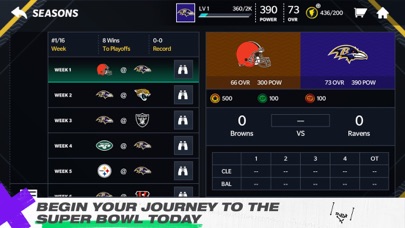 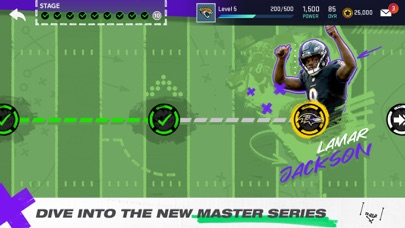 GOOD BUT NOT GREAT

I LOVE madden on Xbox and I found this game really good, but it does not compare to madden on Xbox. But overall I enjoy it and have fun with it.
By TB12ISDAGOAT

I played earlier today and I liked the game as but I tried playing it again a second ago and it says “failed to initialize EA service(s) please let me back in or find a way to fix this, otherwise 5 stars
By EA Twissy

EA is just not a good, or reputable, company anymore. Such a downfall for a once great game, which has now turned into a blatant scam. The complete lack of ethics they show is astonishing, although not altogether surprising given the reputation of their CEO. EA blatantly steals from player accounts, doesn’t give the advertised rewards and rigs games so much they have become pointless to play (look up the current class action lawsuit on EA cheating players by manipulating games). Other than that, this game is nothing more now than constant bugs, server connection issues, poor gameplay and boring/repetitive events. If it wasn’t for leagues like the NFL selling out and giving EA exclusive rights, EA would have disappeared long ago. They just don’t put out good games anymore and are more interested in scamming players than actually fixing the magnitude of issues with their consistently disappointing game releases. If the NFL cared about their fan base, they would stop allowing EA to cheat players under their logo (it’s not even like EA is even trying to hide the scam anymore) and let a more competent company put out games that players actually want. Anyone doing business with Andrew Wilson and EA at this point is not a moral company, and treating customers like this will only hurt the NFL’s image. You are both huge disappointments to what were once loyal fan bases.
By Tarodg

Game shuts down unexpectedly and I have great internet connection.

The game is ok —- but half the time you watch an ad you can’t claim the reward after the advertisement is finished because it causes your game screen to go blank and it won’t do anything unless you shut the game app down and restart. Then when you restart you lose the reward! I give it 1 star until that is fixed!
By hacked off 2

READ THIS MAKERS OF THE GAME

Ok so first off I love this game it’s awesome on PS4 on mobile I can’t get logged in and it’s annoying I tried to redownlowd but it don’t work I give this game 3 stars.
By CatDMeerz

I hate when this game shuts down

So annoying when you are in league and try to play all three drives but can’t play one because the app always shuts down then you don’t get that drive back that you didn’t even get too play 🙄👎🏻😡and when are you going to add audible to offense?
By kickstandkurt