Digital Dream Labs is proud to present Overdrive, back by popular demand! This version of Overdrive reverts some of the most current changes back to a more popular and requested time, as well as introducing a host of new features and improvements which include: * Returning Missions and Characters! * Control optimizations and improvements * Enhanced interface and feel! OVERDRIVE is the world's most intelligent battle racing system with Tech so advanced, it feels like the future! Each Supercar is a self-aware robot, driven by powerful artificial intelligence (A.I.) and equipped with deadly strategy. Whatever track you build, they'll learn it. Wherever you drive, they'll hunt you down. The better you play, the better they become. Whether you battle A.I. opponents or friends, your tactical options are unlimited. And with continuous software updates, the gameplay always stays fresh. Customize weapons. Swap out cars. Build new tracks. It’s easy to pick up, and nearly impossible to put down. 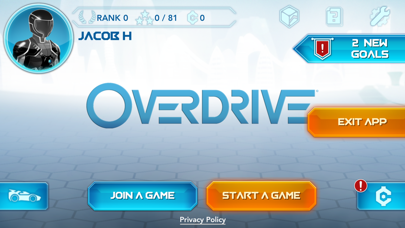 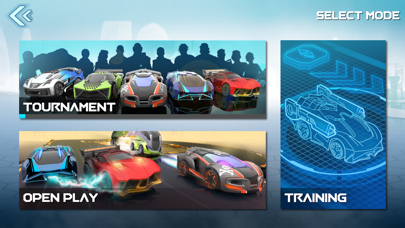 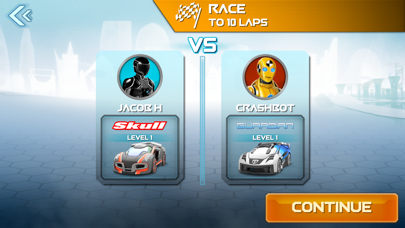 This has been a waste of money as the app constantly crashes while scanning the track. Problems started after upgrading our devices to IOS 15.1. I’ve reported the problem to Apple, and I hope to get a refund!
By J. Evans3

Terrible. Waste of money and time.

Won't connect to WiFi even though phone is connected to WiFi. This was a waste of my son's $3. I should have read the reviews first.
By Cdavis226

I have been a long time buyer of anki overdrive products, but the app is currently unusable for me or anyone else in the household. When the “Begin Scan” button is pressed, the app crashes. Along with that, in the occasional time that the app does work, no campaign progress or weapons are saved. We were all very excited to be able to play with these cars again, but we are now equally if not more disappointed.
By Me is gamer

Thank you DDL! This is awesome! There are definitely bugs that need to be ironed out, but keep going!
By PlantStrongMom

I have recently gotten back into Aki overdrive, and was surprised to see this app. I thought the way they used to have the game set up was better than the newest way that they have it now so I wanted to try this app out immediately. I was disappointed, however, because I can’t do ANYTHING in this app. I try to go to the garage, I can’t equip anything. I try to play a tournament, it crashes along with open play. Biggest waste of $3 ever, I’d rather have an app that’s slightly worse but free!
By The Jester21

The game is great overall but some glitches like the tournament resetting whenever you go home or go to the garage. I wish you could support the fast and furious cars but overall the game is really good.
By Just do it !,,,

The best rc game ever

It just is
By 0Artemis

This app looks fantastic . You download it and it resets the firmware on your cars. (Then You loose weapons that you purchased in the previous app for your vehicles.) Not a big deal. Then you select a race and set the cars on the track. Then when you press the screen to start a track scan . THE APP CRASHES!!! I have deleted and reinstalled this about five times. I wasted money for this stupid app. And then when I deleted it and reinstalled the old overdrive application.I had lost a lot of the weapons in my vehicles . This app is junk . They developed it and never followed up with updates to fix it from crashing . DO NOT BUY THIS FOR YOUR CHILDREN . It does not work. This company went out of business and does not offer anymore support for the toys they produced . So once your kids have raced and beat all the characters in the original app. There is no more updates to give them any reason to want to play with the cars . And this app just disappoints them by crashing before they even get to play .
By twylytzoned13

Has potential, but bugs render it unplayable.

Digital Dream Lab’s reboot of Overdrive was much needed. There are many improvements, like the track scanning and campaign. But, when I exit out of the tournament, to go to other parts of the app, I lose all progress. Also, when I win matches, the amount of coins I get are unsaved. This renders the shop useless.
By Bastet1245

When I saw digital dream labs was making this I was excited for it and when it came out I bought it instantly. The problem was it was even worse. It no longer felt sorta modern and literally everything had a bug. It had so much potential but because of bugs and problems I was heavily disappointed
By someone over the rainbow 4839

Cork the Volcano for Puzzlets