Squad up and play your favorite video games with your favorite athletes! YOKE is a platform for all gamers to hit the sticks with the biggest stars in sports. All your favorite stars are now gaming with their fans in one place. Download YOKE to squad up with pro athletes or beat them at their own game. Here is how YOKE works: 1) GETTING STARTED: Download YOKE, sign in, and browse all of the NFL, NBA, MLB, NHL, MLS, and PLL athletes who are ready to hit the sticks with you. 2) SENDING A CHALLENGE: Click into a star’s profile to send a challenge request. Select which of the star’s favorite games to play and we will notify them that you’re ready to play. 3) CONNECTING + PLAYING: The next time that the star goes live, we will notify you so you can grab your spot in line. You can also challenge any star that is live. Once the star accepts your challenge, you will be connected via video chat within the app to coordinate details of the game and ensure everything is set. At this point, you are set to let the game begin and have fun! We look forward to seeing you catching some dubs soon. 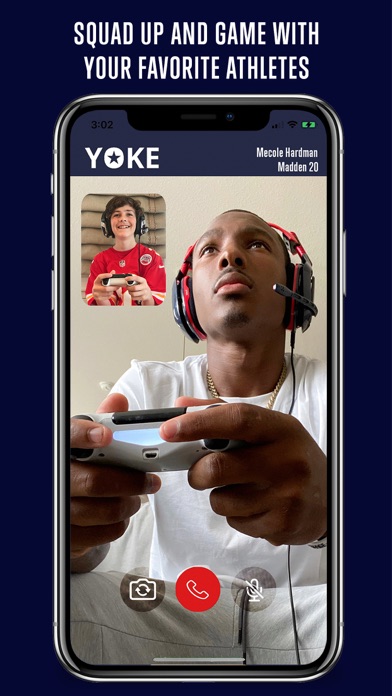 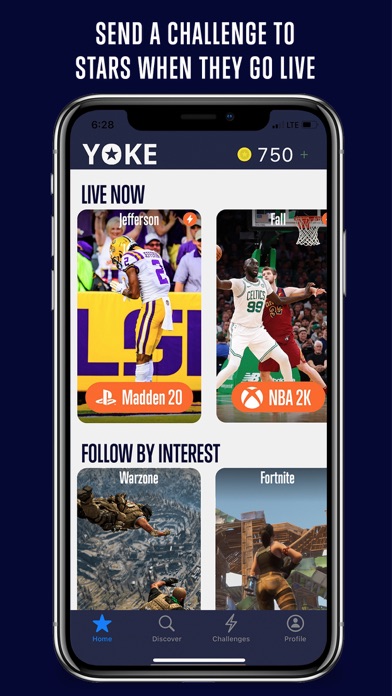 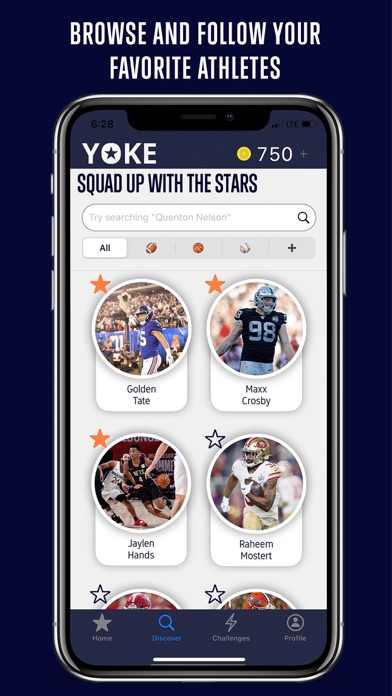 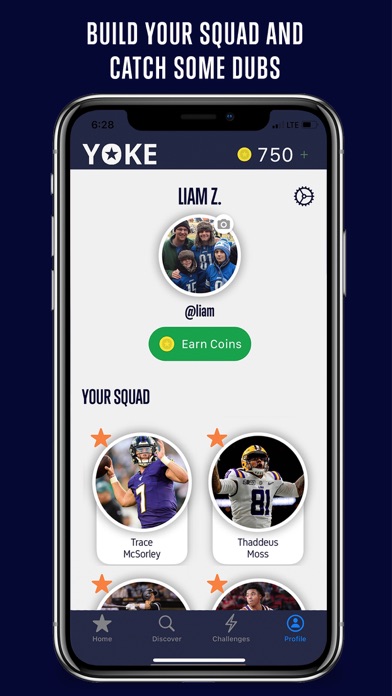 Yoke is a super cool and unique idea that allows people to communicate with top athletes like never before. It’s awesome having this kind of opportunity and I look forward to seeing what kind of things they add in the future.
By CFB Primetime

Overall this app is really good for many reasons. Playing with you favorite players, makes your gaming experience 10x better and will chance your perspective on gaming forever. All because of this app I highly suggest you download it and take a look for yourself. 💯🙌
By uswgsgdyw

The app is amazing no problems so far but if you could possibly get some esports players on the app it would be even better!
By SaltyShotz

This app was a great idea. I love the ability to be able to play against my favorite athletes. The only problem I have with it is the cost to buy coins, I feel I would buy coins if they were cheaper. Overall a great app.
By ninerss.update

The concept of this is amazing and I can see this app going very far only problems I have with it are how if you request I would like to see a response weather or not I’m going to play them and the other being the consistency of the players which I know can’t be fixed on your end but you should tell us how consistently they are online.
By Jack_Rosa9139

This app is great. There are so many athletes on the app that are fun to play with , especially football and basketball fans. I’ve played with so many guys like Noah fant Antoine gibson trey lance and more. 5 star
By justin hayes 10

Got to play with Ja'Maar chase it was dope
By nweish14

This App is Legit

I recently glitched out with a player on this and was pretty mad, I DMed Yoke and in 10 minutes they refunded me download this app right now, it’s great.
By WOLFSLAYER2937

Are you kidding me

This app is so bad. It used to be great but ever since they added coins it has sucked. Seriously. 1. When you buy coins they don’t give them to you, therefor your wasting money. 2. If you try to play a game with a athletes, and they don’t accept it, it takes your coins away. I was waiting for MONTHS and getting my daily coins so I could play with some players, but when I tried to, it took all my coins. Don’t get this app.
By H20 skol