PLAY YOUR WAY. Create a legacy and make a statement. The world of MLB awaits in R.B.I. Baseball 21. R.B.I. is the fast-paced, easy-to-learn baseball franchise perfect for anyone who wants to pick up and play, and R.B.I. Baseball 21 brings new features including create-a-player, play-by-play commentary, immersive time-of-day, and incredible visual improvements. Step up to the plate, crush home runs, and take your club to a World Series title in R.B.I. Baseball 21. NEW FEATURES TO RBI BASEBALL 21 - Create-A-Player Mode: with enormous customization options, create a slugger that fits your style and make him an MLB superstar - Play-by-play Commentary: Our most requested feature – Play-by-play has come to R.B.I. Baseball! Striiiiiiiiiike! PLAY BASEBALL YOUR WAY - Pick up and play with exhibition mode – Fast-paced baseball on demand - Start a dynasty with Franchise mode – pick your team and develop your own MLB story - Deep customization options allow for you to manage the complexity to the way you like - 12 batting control style combinations – crush dingers your way - Customize difficulty with contextual difficulty sliders - Set your preferred camera angle for pitching and batting with 19 options - Jam out to over 20 licensed tracks, including songs by Justin Bieber & Travis Scott, The Chainsmokers, Diplo, blackbear & more AUTHENTIC MAJOR LEAGUE BASEBALL - Incredible player model improvements make the action more realistic than ever - Pitch paths driven by MLB STATCAST totally unique to pitchers in the game - Play-by-play commentary makes the game feel more natural than ever before - Weekly Roster Updates keeps your squad up to date with the latest MLB breakout stars - Play as all 30 MLB Clubs & every player, as well as over 165+ legendary MLB players and clubs 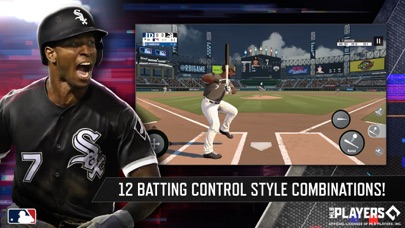 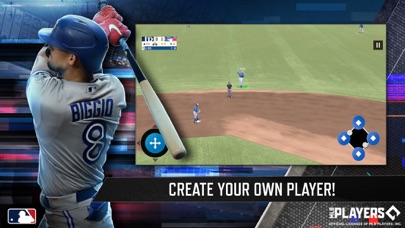 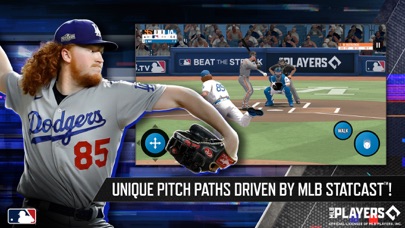 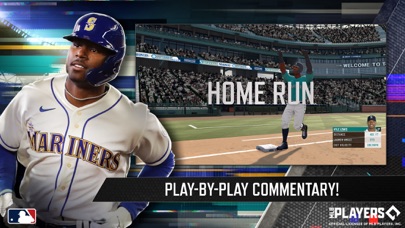 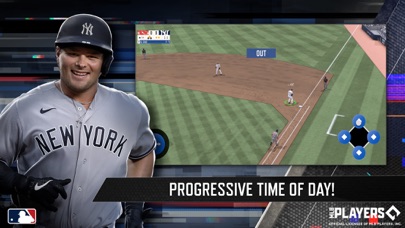 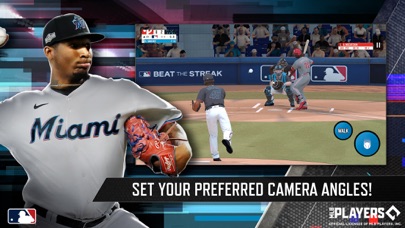 Won a postseason game? Too bad- the win is never recorded. The full power glitch for swings has been fixed, making it more difficult now to hit homers, which is more realistic and certainly an improvement. However, bugs abound. Post-pitch location markers were removed (!?), and hitting is super hard. Even when you do make contact, the fielding is still way too good (100% diving catches made, extremely rare infield errors, balls snap to fielders’ gloves from 20 yards away), making it impossible to get on base.
By dreesse1

I only have a couple problems with the game. The first one is that the game will occasionally crash out of nowhere. The second problem I have, which is not as often as the first, is that I will sometimes have a few lag spikes while in a game. The game is enjoyable, but if these problems get fixed, it should be even more enjoyable to play.
By Reagan Barbe

App kicks you off

I’ve played 5 or 6 games in the season mode and every game the app has closed mid pitch. Very frustrating.
By bartgab

Crashes on iPad. Many glitches.

Truly embarrassing. Could be soooo much more. Hire me and it will be epic. Crashes so often that it should be re branded as a demolition derby game. The people that ok’d this have never seen a baseball game.
By Pzimmy

Game still crashes often. For some reason field buttons don’t work therefore it’s impossible to play the game. Very disappointed. I was looking forward for this game.
By Sebashaquin

Too many pitches in the dirt

The new wacky pitches that end up in the dirt are super annoying and way too frequent. Hitting is way too hard this year.
By AJ Hauling

Franchise mode is not playable

Exhibition game is ok. Not compatible with a controller. Franchise mode is pretty much non-existent. Misleading create a player mode - not like a road to the show - can only add them to your franchise. Want my $6 back
By me2yo