GoodNovel - Romantic Books & Fantasy Novels for Story lovers! - Book Genres: Romance, Mystery, Fantasy, Western, Sci-fi, Fan-fic - Become An Author to REALIZE YOUR WRITING DREAM Collection of Best Books & Hottest New Reads in Every Genre! GoodNovel has collected popular web novels and books, provides you with the latest chapters of the highest quality. This is a must-have book app for the majority of web novel lovers. Start reading your favorite book, by downloading the GoodNovel app！ - No.1 Book Reading Platform for Novel Lovers - Numerous of Book Genres for Choosing Freely - Hundreds of web novel Read More Than 1,000,000+ Times - Professional Author Team Creates Best Novel Book Genres GoodNovel contains many web novel genres, from urban books to supernatural books, and is deeply loved by the majority of our readers. * Fantasy * Adventure * Romance Stories * Urban Romance * Werewolf * Billionaire Romance So many book genres await you to explore on GoodNovel App. Anyone can find their favorite web novel on GoodNovel. Start reading web novel without delay! Hottest Web Novels If you’re looking for any of these web novels below, then you’ll love GoodNovel for sure. -「Most Read 5 Web Fictions 2021」 -「Most Romantic Top 5 Love Story Web Fictions」 -「Top 5 Novels of All Web Fiction Platforms」 -「Best Sellers of Web Fictions 2021 - Love & Romance」 -「Top 10 Must Read Romantic Web Fictions for Romantic Book Lovers」 Trending web novel at GoodNovel: - 「Alpha Asher」By Jane Doe - 「The Alpha's Slave Mate」By Danielle Bush - 「Mommy, Where Is Daddy? 」By LiLhyz - 「The Forsaken Daughter's Return AC1」By LiLhyz - 「Rejected By My Mate」By LorreignneScarr - 「Rude Awakenings」By Turquoise Grace GoodNovel has hundreds of books that have been read more than 1 million times, and you can read these novels as much as you want without having to buy the paperback edition! Topping Author Team Our GoodNovel authors are from all over the world, with experience and talent in writing stories of many different genres and update frequently for their fans to read over and over again. GoodNovel has been continuously recruiting high-quality authors and has a steady stream of new content recommendations. **Join GoodNovel & Become A Professional Author!** About Payment GoodNovel is unfortunately not a totally free online novel platform. Because we at GoodNovel need to ensure that our authors can obtain a stable income to produce better quality content for you to read. At the same time, GoodNovel has a lot of in-app tasks that you can easily complete to obtain coins to continue reading new chapters. If you have any dissatisfaction with the charges or feedback, please write an email to contact@goodnovel.com How To Contact Us - For Your Opinions ｜ We’d like to hear from you with appreciation 1. Customer Service Email —>> contact@goodnovel.com 2. Opinion Collection Form —>> https://forms.gle/5nbTLD1djJ7cJdnZ6 Follow Us | GoodNovel Social Media 1. Official Website —>> https://www.goodnovel.com/ 2. Facebook —>> https://www.facebook.com/GoodNovels/ 3. Facebook Group —>> https://facebook.com/groups/goodnovels/ 4. Discord —>> https://discord.gg/6deBzDk6U3/ 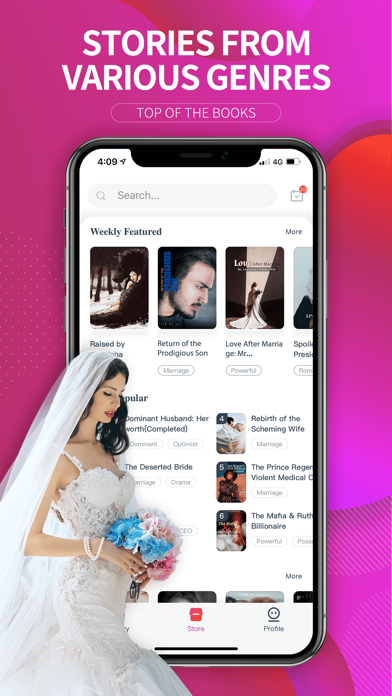 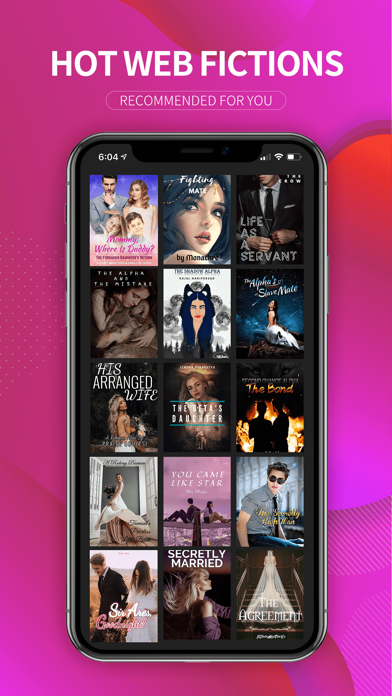 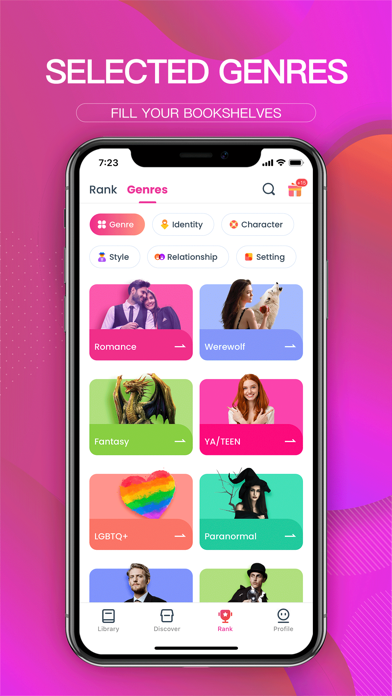 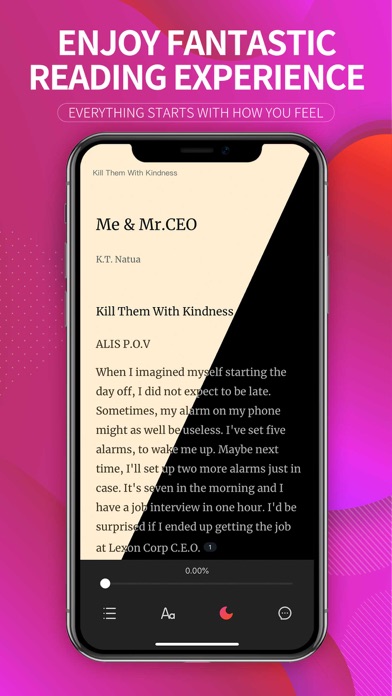 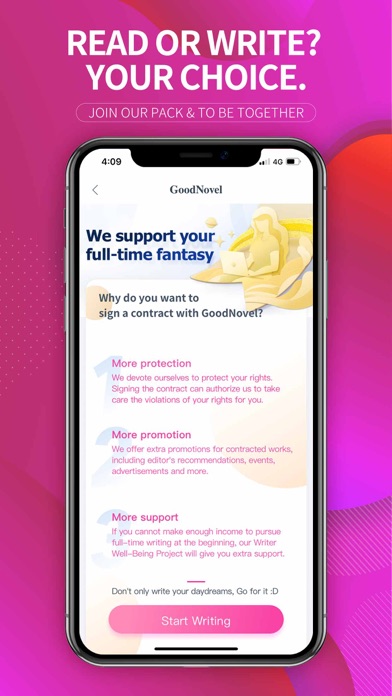 You will spend way to much to read a book

Worst app ever! I spent 9.99 for 1000 coins. The next day they disappeared. No way I was spending more to unlock the book I was really enjoying. The way it’s set up you will spend 30+ dollars to read one book. Do not waste your time or money.
By suzzybear

To fully read a book, that hasn’t even been finished yet, would cost nearly $100. I’m not even exaggerating. It tells you how many coins it costs to unlock all the chapters and if you match that up with the purchase options it’s comes out to nearly $100. I wouldn’t pay that for a physical hardcover copy of my favorite book signed by the author so why would I pay that much for a digital book.
By AjMcD54

This app is truly very expensive. Does the average American reader spender >$100 to read one book? Series or not, the translators aren’t able to understand male vs female pronouns. Frequently referring to a male as her/she, and a female as he/him. Mixing up names so frequently it interrupts the story flow. Repeating phrases or rewriting the same topic using alternate words. Any second-grade school teacher would mark out the entire paragraphs as “redundant”. In the U.S.A. A second grader is usually between ages 6-7 years old.
By Gwennie59$

I’ve spent $20 on what is essentially a work in progress, and I’m just barely through half of the “book.” I’m all about “supporting the author,” which is why I don’t mind paying a FAIR price for a completed book, however, this is a downright scam. Don’t waste your money on this app. The stories are FULL of misspelled words, and grammatical errors. Sometimes, the names of the characters even get switched up. If you’re an “author,” you should probably know the difference between there, their, & they’re. If you’re a reputable app…you should know better then to charge unsuspecting customers for a crap product.
By Legionsnoop11

Good Novel is a huge SCAM!!!

The books are good BUT really!!! I am on chapter 299 of a book with over 3400 chapters. At this point over $30. Dollars spent on their "Coins" just to continue reading this far. At the end of the book I could potentially be spending well over $150 + just to read the book. This APP and company are most definitely a SCAM!!! Avoid at all costs and download a different platform like the Kindle. At least there the book will only be $5-10. Good Novel should be renamed to RIP OFF Novel!!!
By clifftalon

I like this app better than most reading apps
By urs2980

I wasn’t crazy about having to spend to read but I did it. THEN the book froze and I couldn’t get it to load at all. Then it disappeared and when I found it again all of the progress was gone along with all of the tokens I purchased. Don’t waste your time or money.
By Tazhbp

I paid for 1000 coins to read one story. After two evenings of reading it wants me to buy more coins? It would have been cheaper just to read a good novel. I will never use them again, or suggest it to anyone.
By Trish🙃L

Good books but after several chapters that draw you in you have to buy coins to unlock future chapters to read the rest of the book. That being said to finish the book I wanted to it would cost well over $50 and it’s not even finished yet. I’ve never paid $50 for a book and I won’t start now. This is ridiculous🙄
By jewilliams11