By WHAT DO YOU MEME LLC

Loved by millions around the world, INCOHEARENT is the #1 best-selling party game... now as an app with never-played-before content! Let the laughs begin as you compete to guess the gibberish before the timer runs out! Features: - Play with a group of friends, or go solo - Choose from a variety of themed decks - Watch back the hilarious video - Share with friends or us @INCOHEARENT What's Inside: Your download includes our signature "CLASSIC" deck filled with tons of hilarious phrases to get the party started. Want more? Keep the party going with any of our fun themed decks: - Fresh Phrases - Adults Only - #Trending - Pride - Best of the 90s - Top Hits So, what are you waiting for? 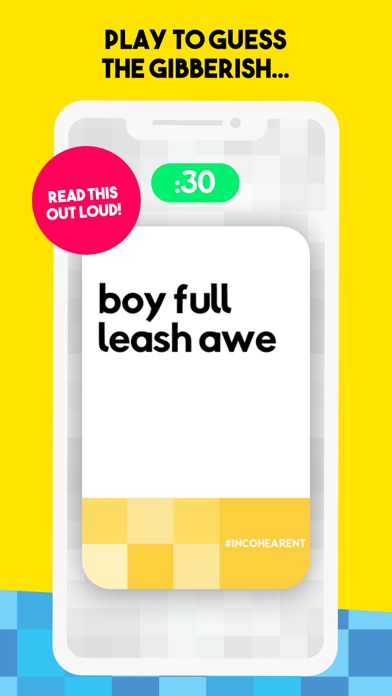 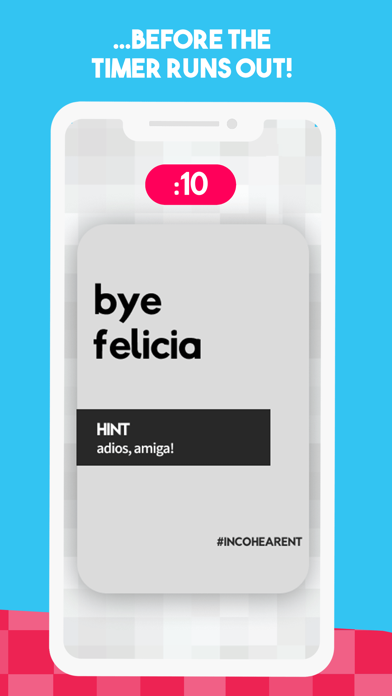 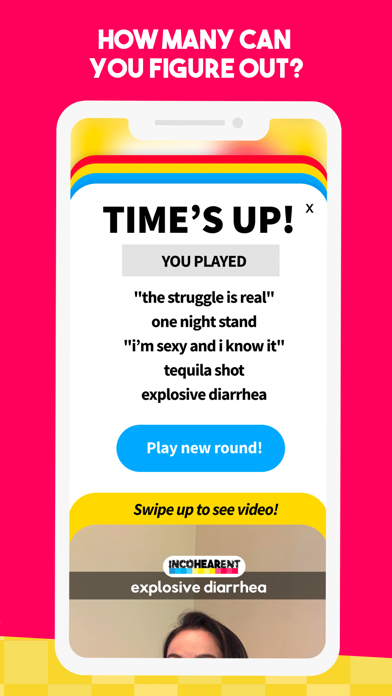 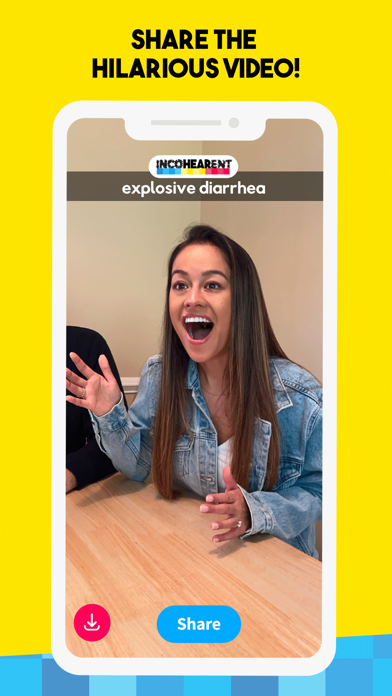 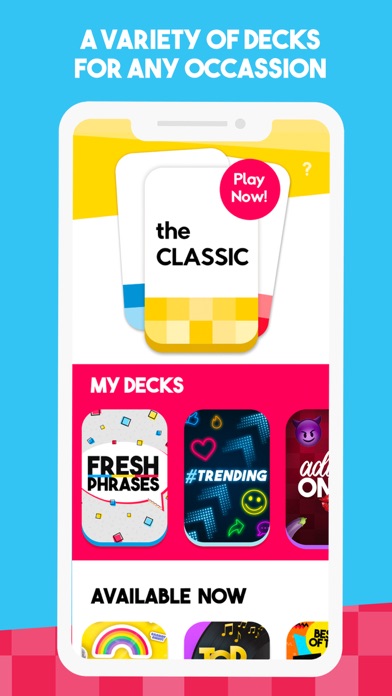 I would give 0 stars if i could

Got charged for game and when I downloaded it, it was free and i seen a charge of .99 cents for it and its nothing like what i seen the advertisements very disappointed!!!
By jayceeee2333

Liked the game & for 99c, it isn’t bad. But I’m sure as hell not paying an extra 3$ every time I want some variety, other decks should be free.
By 9thcircle9

Add an option to turn off the timer!
By timerbs

The time limit is 30 seconds per round and it can’t be changed or extended. I can’t even figure out one in that time frame and I don’t want to look at the answer before I do. It’s super fun but I think more time is needed for the slow people like me.
By SlowGamerPlayingATimedGame

This game always gets the party started. Whether you’re with your family or friends you’ll always have a good time! The app version makes it easy for on the spot games!
By Meesh Ell

Can’t recommend this game enough! I got this for a weekend trip with friends and we played EVERY night. Hilarious! Incohearent is now in my go to party game!
By J4de!

I own the actual card game and was SO EXCITED that they came out with an app for it. Now I can play literally anywhere! You have to get this app; you’re guaranteed to laugh the entire time! It’s so clever and makes for some amazing memories!!
By JessJ26

Played with group last weekend. It was very interesting and a bit challenging 😁
By julz722

This game had me rolling on the floor laughing. A must download! I also got the hard copy from Target
By gamelover7593

More by WHAT DO YOU MEME LLC

WHAT DO YOU MEME LLC