Getinsup is a powerful follower analytic tool which help you track new followers and lost followers, get a comprehensive analysis of your Instagram account and your posts' performance. You can see how many likes and comments your posts get, and your most liked photo, your most commented posts, also your most used tags. Besides you can make a special focus with Getinsup, to find their activities easily. Getinsup is a good tool to help you learn more about your Instagram, try now! 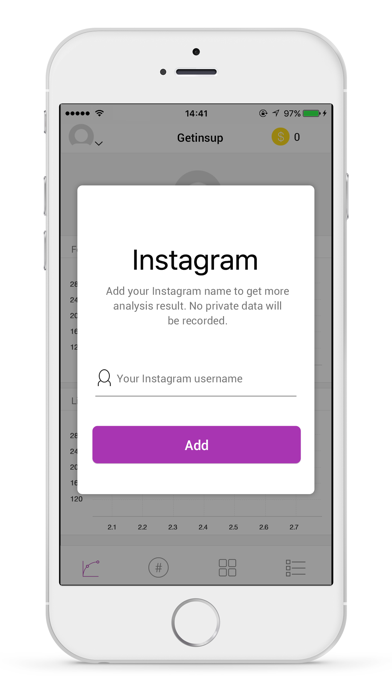 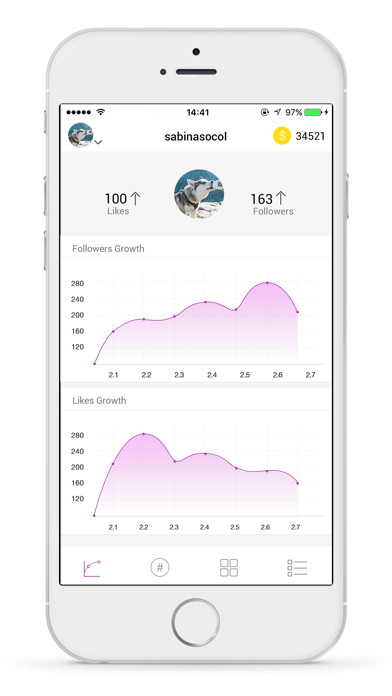 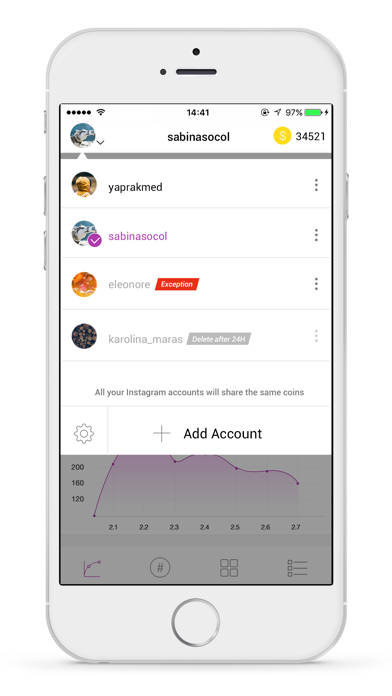 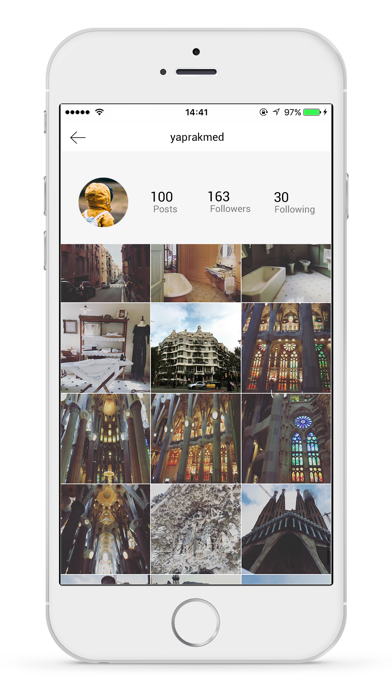 The app does give u followed but not likes and after the followers followed me not even 5 mins later I lost around half by the nest day they where all gone and I did not get my likes. Do not recommend the app
By valid_charly

Terrible app you will not get US or Western followers/likes instead you get followers from Iran, India, Turkey and Asia be carful your instagram will be inundated with Arab propaganda and weird followers. Most are robots I ended up deleting most followers. Some were even infiltrated anti-american propagating anti american literature. Be very careful.
By parent watch

It actually works
By ydd_zay

Not letting me login

I don’t write much reviews but I’m going to now. This app has potential but its honestly pretty ridiculous. I’ve spent 6$ for 100 followers and it registered but after only 10 minutes I started getting massive amounts of unfollows. There’s definitely better apps than this. I appreciate the work put into this app but there’s much better options.
By akballer07

Won’t let me log back in to my account anymore to apply credits I’ve already bought. You’ll by followers then loose then 5 mins later.
By Herenstraat

Hi l would want to know why l have bought coins but still no followers yet ?
By jugujugujajaj sef hfjs

I spent $30 on new followers, and after 3 days they all started unfollowing me! And now I’m back at square one! Do not recommend!
By Quayvale

When it asks you to log in it takes your password and someone from Virginia attempts to hack your account with the given information. Do not get
By Ham is great