Welcome to Joi Video Chatting App! Ready to connect to the world? Have 1-on-1 video chats with millions of exciting and new people and find new friends around the world, with a single tap. Easy and instant video matches on Joi. Feature Highlights * Location and gender filters * Tap to start video chatting * Real-time text translations * Add short videos to your profile * Follow your friends so you can call them anytime * Send private messages Privacy * Private and safe chats * Video chats start with a blur * Report or block users that are acting against our terms * Please respect other users and follow our guidelines to keep Joi clean Your user data Your user data will always be protected on our secure servers and will not be shared with any third parties that are not mentioned in our privacy policy. Just always be careful about private information you may reveal while chatting on Joi. Your location will never be fully disclosed. We genuinely hope you'll enjoy using Joi Live Video Chatting App! Lots of Love, Joi Team - Privacy Policy: https://joi.mobi/privacy - Terms of Service: https://joi.mobi/terms 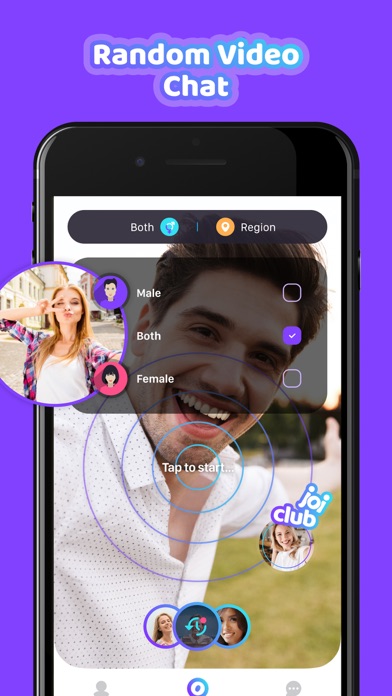 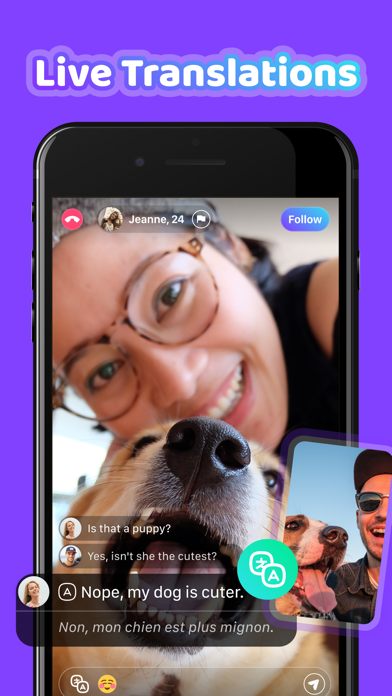 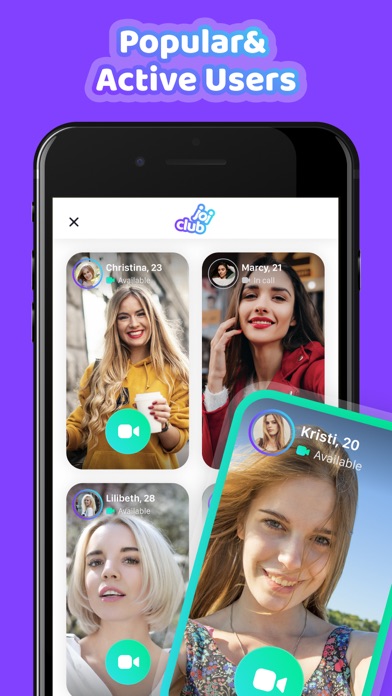 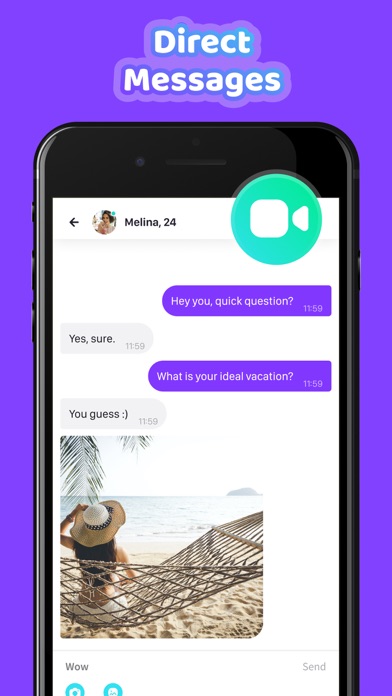 How can I gift in video chat?
By I have a yacht

This app is great and all until you don’t have no more coins. I’ve purchased over $100+ just to have a video chat. 120 coins per minute is way to expensive. Like crazy.
By hellojose863

If this was free

it’s kinda dumb, if you choose both it just takes you to guys like nah, makes you wanna pay, so I bought the vip and this dumb nudity this keeps acuse me of showing things and you still get banned if you have vip it’s kids dumb but y’all need to work on the genders it literally just gives you guys, it kinda a scam
By luvvcupid

A SCAM and Prostitution Ring

This is a scam that promotes prostitution
By UnapologeticBlack

Price is the big problem

It use to be five stars. But… not so much now

The app is great. The people are legitimately human and like chatting. I use to buy coins til I was broke. But as an iOS user they’ve removed gifting. Which shouldn’t be a big deal. But I’ve spent thousands of coins as minutes explaining to potential friends that I can’t gift. Some women only talk to you if you gift (they gotta pay bills too and it’s harder to earn in other countries, just ask them when you chat) so I’m wasting minutes upon minutes explaining that app developers told me they are tweaking some aspects of the app and that gifting is removed. Well it turns out on iOS only is it removed. It’s getting rough or annoying to explain this over and over and spend money on it. I’ve checked website if developers and nothing to inform anyone of this change.
By plaguese

I never seem to match with somebody who speaks the same language and the calls are really short but other then that it’s a good app.
By DRiley024

This is a good app but why can’t I send gifts?This was never a problem before.I am one iphone
By Jamesventura ⚽️⚽️⚽️⚽️

It’s dumb that you can’t sign out and then sign in again on a different phone on the same profile I don’t understand why you guys made it that way specially if you have a VIP if you break your phone or anything of that nature I can’t just sign on another device. Also what is the I can call people on my phone but he’s my tablet I lost connection.My tablet is way nicer than my phone
By driipzi